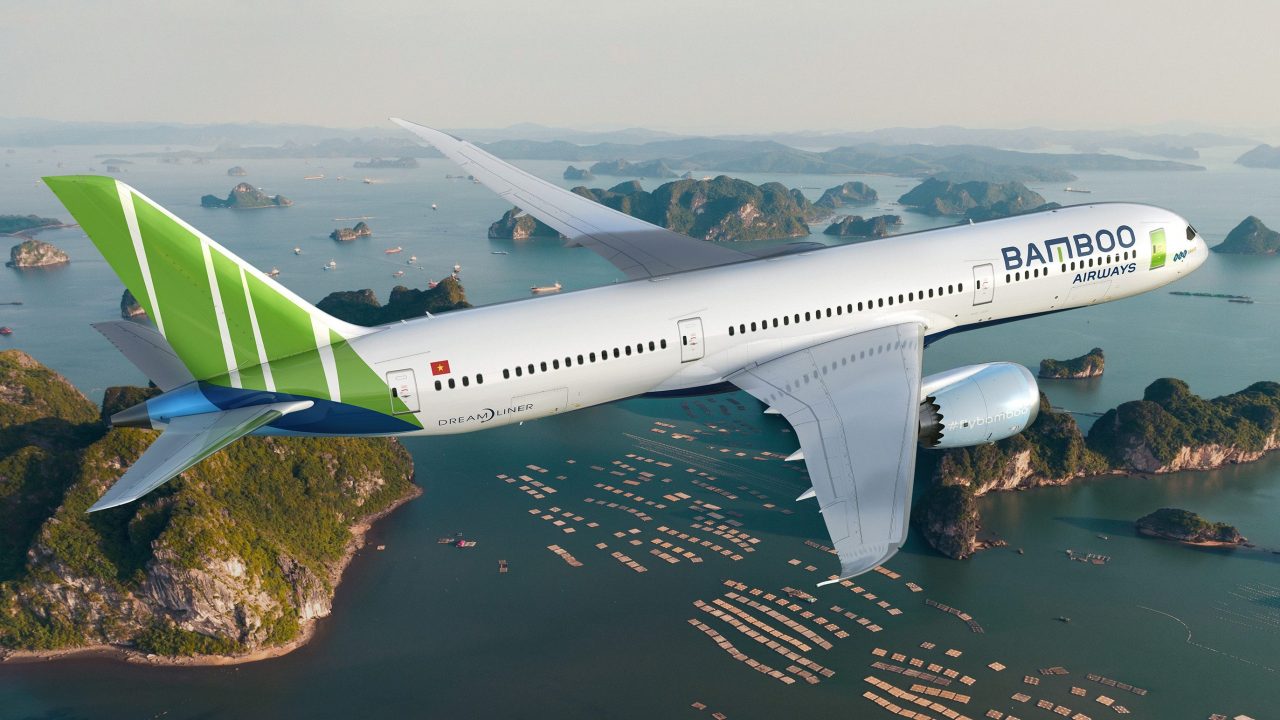 The order was signed Wednesday in Hanoi and Vietnamese President Nguyen Phu Trong and US President Donald Trump witnessed it.

According to the airline, this purchase of ten Boeing 787-9s adds to Bamboo Airways' existing commitment to 20 aircraft of the same type, signed in June 2018, but has not yet been officially confirmed. The first Boeing 787 is expected to be delivered to the carrier in the third quarter of 2020, instead of the second as indicated in last year's commitment.

In addition, Bamboo Airways has confirmed that it is considering buying 25 Boeing 737 MAX Narrow Body. More details would be announced once the airline has reached a final agreement with Boeing. The competing low-cost airline VietJet has just increased its order from 737 MAX to 200 EUR. This agreement was also signed on Wednesday during President Trump's visit to Vietnam.

Bamboo Airways has announced its intention to make a non-stop connection between Vietnam and the United States by the end of 2019 or early 2020.

Economic and trade relations between Vietnam and the United States have expanded rapidly. Non-stop air links between the two countries are therefore essential. Direct flights between Vietnam and the United States will not only stimulate tourism activities to attract nearly one million US tourists by 2020, but will also facilitate bilateral trade and investment.Trinh Van Quyet, President of the FLC Group

In addition, the airline plans to serve non-stop destinations in Asia, Europe and Australia. International flights will be launched in the second quarter of 2019. At present, Bamboo Airways operates only 20 domestic routes. It plans to operate between 37 and 40 unique routes by the end of the year.

Our long-term vision is to connect Vietnam to key markets in Asia, Europe and North America. The Dreamliner will allow us to launch these operations over long distances.Trinh Van Quyet, President of the FLC Group

Bamboo Airways belongs to the Vietnamese investment and construction company FLC Group. It has become the fifth largest air carrier in the country of Southeast Asia, which has one of the fastest growing aviation markets when it started. its activities on January 16 this year, after receiving an air operator certificate from the civil aviation administration. of Vietnam (CAAV). The airline joins the domestic airlines Vietnam Airlines, VietJet, Jetstar Pacific and VASCO (Vietnam Air Services Company).

The carrier's current fleet consists of an Airbus A319, four A320s and one A321neo. The A319s and A320s are aircraft temporarily rented with other airlines to get into operations. Bamboo Airways itself has ordered 24 Airbus A321neo, with options for another 24.