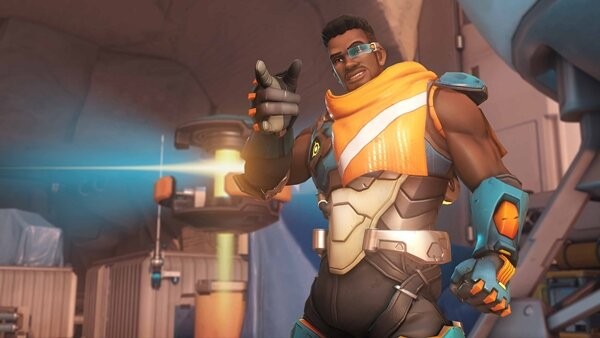 The 30th hero, Baptiste, was added to the Overwatch Public Test Area (PTR) on February 26th.

Baptiste is the first hero added in 2019 and the 7th support hero in Overwatch who uses a rifle similar to Ana's to heal his allies from a distance.

His weapon, the biotic launcher, is a rifle capable of inflicting damage to its target in 3 bursts, but also firing biotic healer projectiles; the projectile heals all the allies of an area of ​​effect.

Unlike Ana and Brigitte, whose mobility is rather limited, Baptiste can jump higher with his passive ability, "Exo Boots", and can attack and heal in mid-flight.

When using 'Immortality Field', Baptiste deploys a special device like Mei's Blizzard; Once the device touches the ground, it is raised in the air and creates a hemispherical barrier like the Winston barrier floodlight. Allies inside the barrier will be immune to death – their health will not be less than 20% of their complete health until the generator is destroyed or its duration ends. It's a powerful way to counter the skills that instantly kill targets in an area such as D.Va's Self-Destruct or Junkrat's R.I.P tire.

Finally, Baptiste's ultimate "Matrix Amplification" builds a matrix that looks like a window in an area that doubles the damaging effects and curative effects of allied missiles ( and projectiles) that pass through the matrix. This will be extremely effective on some cards where players have to pass through certain points of passage.

In the Overwatch tradition, Baptiste is described as a hero with a complicated story. He was born in Haiti just before the Omnic crisis, which made him orphan. With limited opportunities and resources in his devastated hometown, he chose to join the military to become a fighting doctor and help other people who are suffering.

After leaving the army, Baptiste became a mercenary for Talon. He did not know how was the real Talon at first; when he discovered that Talon's goal was very different from his, which was to make the world a better place, he abandoned Talon. However, Talon did not forgive and sent a team to eliminate Baptiste.

Baptiste, the new hero added to Overwatch, is now available on PTR and additional details about the character's tradition are shown in the video below.