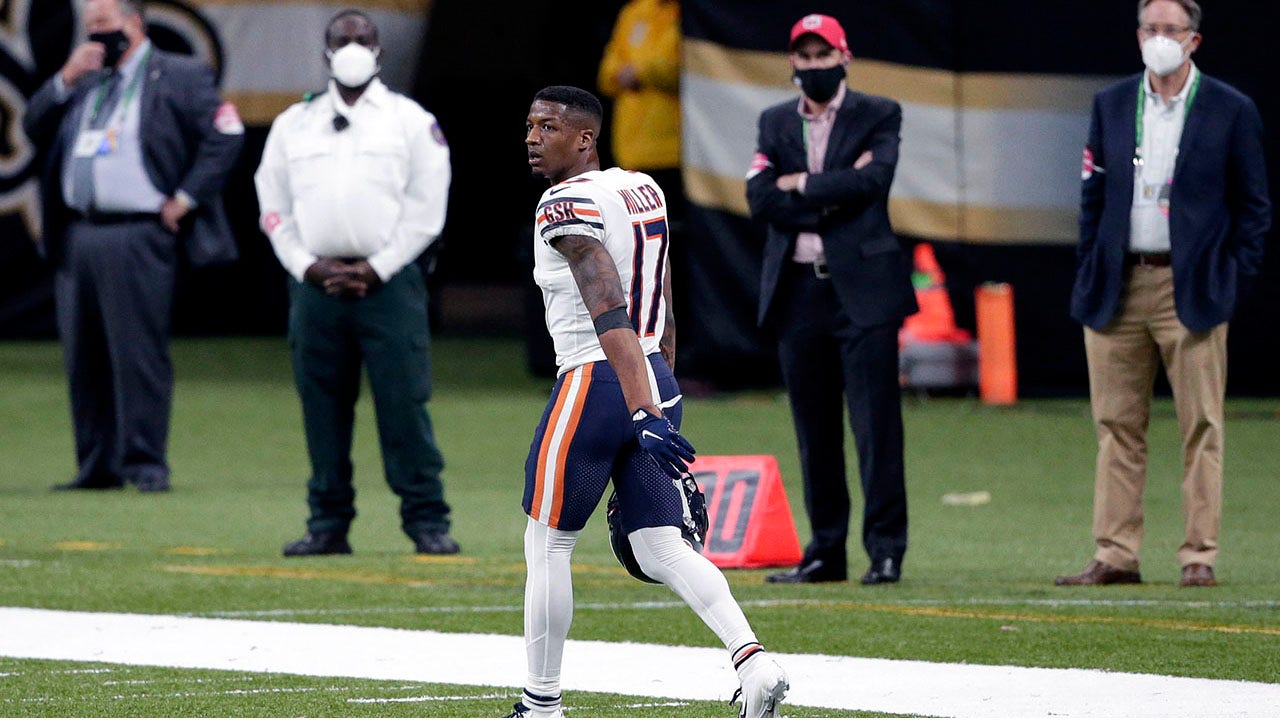 Saints defensive back CJ Gardner-Johnson appeared to be talking about stuff to Miller after a third failure in the third quarter, and Miller hit back by shoving Gardner-Johnson in the face.

During the Saints-Bears regular season game earlier this year, Gardner-Johnson dug his finger into Miller’s face mask. The receiver signed up with Gardner-Johnson but things between the two players remained relatively calm.

THE RAVENS RETURNS THE TITANS ‘FAVOR BY CELEBRATING, MARKING THE LOGO DURING THE VICTORY OF THE WILD CARD

However, tensions then erupted between the two teams when Bears wide receiver Javon Wims hit Gardner-Johnson in the helmet.

The two started a fight and Saints cornerback Janoris Jenkins attempted to break it up. Wims was the only player ejected in the fray.

Both Miller and Gardner-Johnson received personal fouls compensation for unsportsmanlike conduct on Sunday and Miller was sent off. Gardner-Johnson, who is in his second year away from Florida, has earned a reputation for upsetting opposing offensive players.

The Saints had a 7-3 lead over the Bears at the time of the fight.