Before the first 5G phones, Qualcomm switches to its second 5G modem 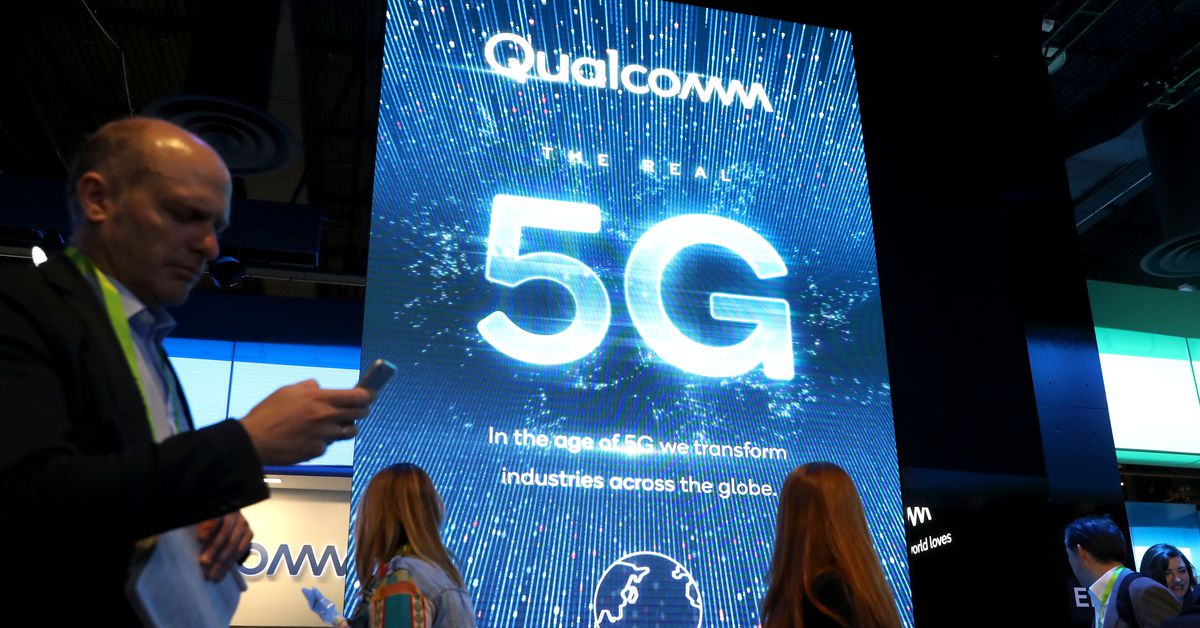 Even before most phone makers launched their first 5G handsets, Qualcomm, the company behind the chips that power many of these smartphones, is already thinking about the second generation. Today, Qualcomm announced the Snapdragon X55 5G modem, following its first 5G modem, the X50. The chip maker will make the new modem available to its partners in the coming months, and the first devices equipped with this modem should be out by the end of the year.

The main feature of the Snapdragon X55 is its maximum download speed of 7 gigabits per second, against 5 gigabits for the X50. Technically, this represents a 40% improvement – even if a combination of geography, radio interference and spectrum availability means that you are unlikely to see values ​​close to these theoretical limits in the real world.

Fortunately, the X55 contains a number of other benefits that are not specifically related to speed. Adaptive antenna tuning support for 5G less than 6GHz, for example, improves the energy efficiency of wireless communication of the new chip. The X55 is also compatible with Qualcomm's new, physically smaller mmWave antenna module, reducing the space required for smartphones that use them. The first 5G devices will all suffer from a bit of gigantism – as they need larger batteries to power larger and more energy-hungry components – and the X55 is a first evolution that is trying to solve this problem.

Beyond smartphones, Qualcomm says the flexibility of the X55 should make it a better choice for a much wider range of devices. While the X50 is designed for smartphones and Wi-Fi hotspots, Qualcomm has spent more time adapting the architecture of the X55 to a wider range of devices ranging from PCs to always connected to cars. Although Qualcomm told me "there was no tangible technical reason" for which the X50 could not be used in these devices, however, they acknowledged that "its architecture was just not perfect".

The new chip contains many other minor upgrades, which will largely depend on operator support for updated 5G standards before you see any benefit. FDD (or Frequency Division Duplex) is supported, which allows simultaneous transmission of uplink and downlink data on a different spectrum, as well as on stand-alone 5G networks (rather than those requiring an additional 4G connection). Spectrum sharing support allows 4G and 5G signals to share the same spectrum, which will be very important during the transition period as operators must continue to support legacy 4G devices. Finally, the modem supports the formation of MIMO beams in three dimensions, so that you will maintain a solid connection as you move up and down from a cell tower, rather than from left to right.

If all this sounds complicated to you, it's because it's the case. The challenge of a new standard such as 5G is that it relies on bringing together many different companies to support the same set of standards. We are about to see the first generation of devices being launched for the first generation of networks that support them, but each participating company will work according to different priorities and will be faced with different limitations, which means that # A large number of them launch their products without complete assistance. elements of the standard such as the standalone 5G version.

5G includes many interoperable and overlapping technologies. With the X55, we will move closer to a device that supports them. Qualcomm expects the first X55 modems to be delivered to its manufacturing partners in the first half of this year, with the first consumer devices delivered by 2020. Then, it will be up to the operators to meet more of these standards. and get closer to the full potential of 5G.