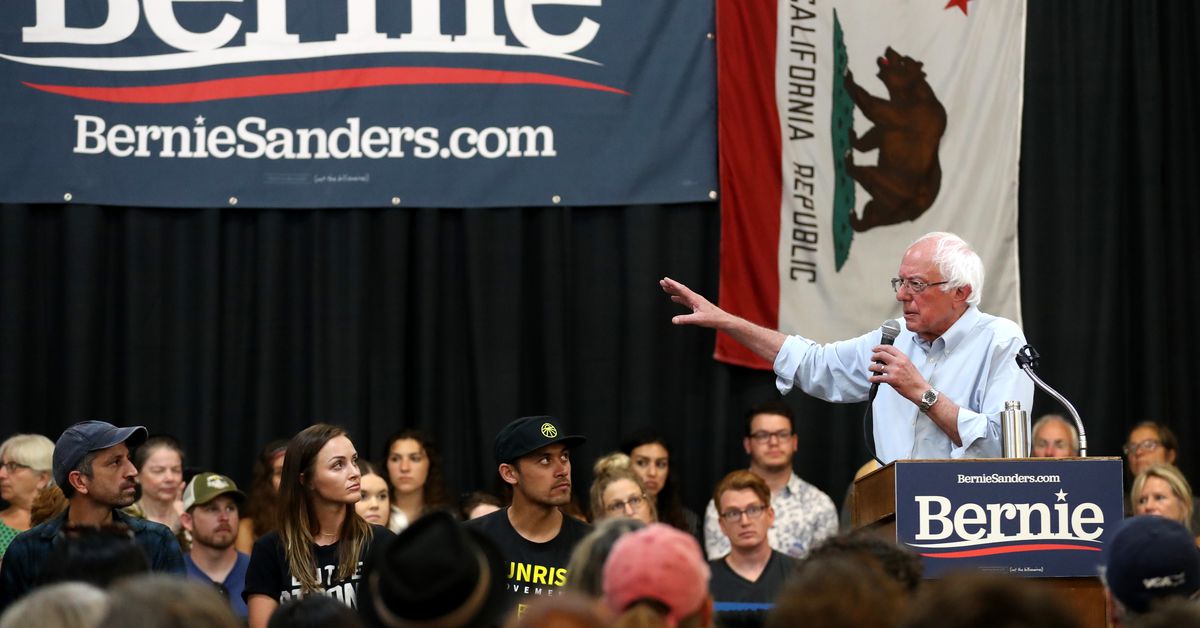 Senator Bernie Sanders (I-VT) is once again attacking Silicon Valley, this time blaming the turbulence of the tech-savvy journalism industry such as Google and Facebook. And he promises as president to use the regulations to hold them accountable.

On Monday, Sanders, who accused the "corporate" media of being biased against his campaign, presented what appears to be the first campaign platform of 2020 to reinforce a media sector threatened by deletions. posts, changes of ownership and advertising shortfalls, thanks to the rise of the Google-Facebook duopoly.

In an opinion piece published by the Columbia Journalism Review, Sanders writes that while he was elected, his Department of Justice would control these two giants with a strengthening of antitrust enforcement, claiming that Google and Facebook "use their enormous market power to cannibalize, block and delete press organizations. "

"Their monopoly power has particularly hurt small independent media outlets that do not have the corporate infrastructure to fight," he wrote.

What Sanders does not offer is some way to sustainably bridge the revenue losses of traditional businesses or digital media companies. Sanders cites statistics that Facebook and Google control 60% of the digital ad market, but also cited a widely criticized study that "Google has saved $ 4.7 billion by reporting that Google did not pay." (More information about this.)

Sanders proposed another innovative idea: tax ads sold by Facebook and Google and use this money to finance government-sponsored public broadcasts such as PBS. But the candidate says he wants to direct the money locally "to substantially increase funding for programs that support public media news gathering operations at the local level."

What should also draw Silicon Valley's attention is Sanders' statement that it would institute an "immediate moratorium on the approval of mergers by major media companies." For example, he opposes the attempt to merge CBS and Viacom, saying it would create a "$ 30 billion". colossus."

He also suggested that employees have the opportunity to buy media through share plans before selling their business.

Sanders walks very finely. Thanks to telecommunications and technology policies, the White House's actions can indeed have an impact on the media sector. But presidential candidates – who are clearly not parties disinterested in media coverage – can not be seen as an interference in editorial independence. This is a particularly keen concern for reporters at a time when the president-in-office is talking about enforcing defamation laws and conducting grievance campaigns against individual journalists.

Sanders himself has shown more willingness than any other Democratic candidate to go beyond the eternal crisis of a bad story. The candidate – who has seen his support dive into national polls in recent months – claimed that the Washington Post, owned by Amazon CEO, Jeff Bezos, was biased against him because of his criticisms of the company. Amazon (an unsubstantiated statement that he has since softened).

The Sanders campaigners spent an unusually long time talking about their frustration with "professional" media. In light of this, some critics of Sanders went so far as to establish a comparison between Sanders and President Donald Trump.

Sanders tried to cool the heat with efforts similar to a softball match (possibly interrupted) between his staff and the reporters. But this new plan – even if the details can be debated – helps to better understand how the media sector can be strengthened, while offering the opportunity to hit the big political bag, Big Tech.

Recode and Vox have joined forces to discover and explain how our digital world is changing – and changing us. Subscribe to Recode podcasts to hear Kara Swisher and Peter Kafka lead the tough discussions that the technology industry needs today.