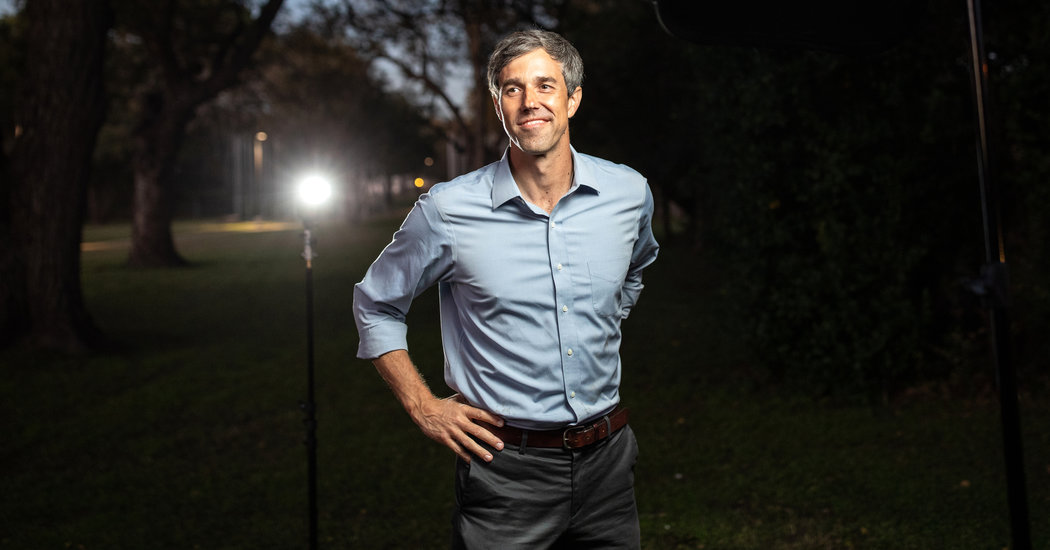 But the Democratic primary could present unique challenges to O'Rourke.

The question that remains open is whether he will be able to develop his skeletal organization and hand over control to policy professionals that he has largely shunned in his race in the Senate. The statement that preceded Mr. O'Rourke's official announcement on Thursday was very impromptu, in part because he personally spearheaded much of the planning.

On Wednesday evening, he was texting supporters of the first candidate states to tell them about his plans and tell them that he would ask councilors to contact them about his upcoming program. And for weeks, he has been meeting and talking on the phone with a number of Democratic strategists to gauge their interest in working for him. He found encouragement but also reluctance to move to El Paso, where he plans to base his operations.

Just last weekend, O'Rourke still had not picked who would run his campaign. He discussed the work of a 90-minute campaign manager with Democratic strategist Jennifer O'Malley Dillon at the South by Southwest festival in Austin, but even on the eve of his announcement, he was not sure who would be at the head of his organization.

Yet he has the backing of many of former President Barack Obama's aides, some unspoken and others sharpened, and he relied on the advice of several Obama strategists, including the 2008 campaign leader. David Plouffe. (Mr. Plouffe does not plan to officially participate in the race on behalf of a candidate.)

But unlike Obama, who ran in a year when the Iraq war was the only major policy issue in the race for democracy, O'Rourke is looking for the presidency at a time when his party is turning to the left. He will be immediately put under pressure to develop the sometimes vague liberalism that has marked his public life.

Already, Sanders' allies have questioned Mr. O'Rourke's commitment to progressive priorities. (O'Rourke refused to call himself progressive, saying he was not "big on labels".)

In 2016, he supported a centrist challenger with Nancy Pelosi to lead Democrats in the House. In 2018, he frustrated Texas activists by refusing to approve Gina Ortiz Jones, a Democratic rookie popular for a seat in the House of Representatives, because she ran into Mr. O'Rourke's Republican friend, Representative Will Hurd, who eventually won by less than 1,000 votes.