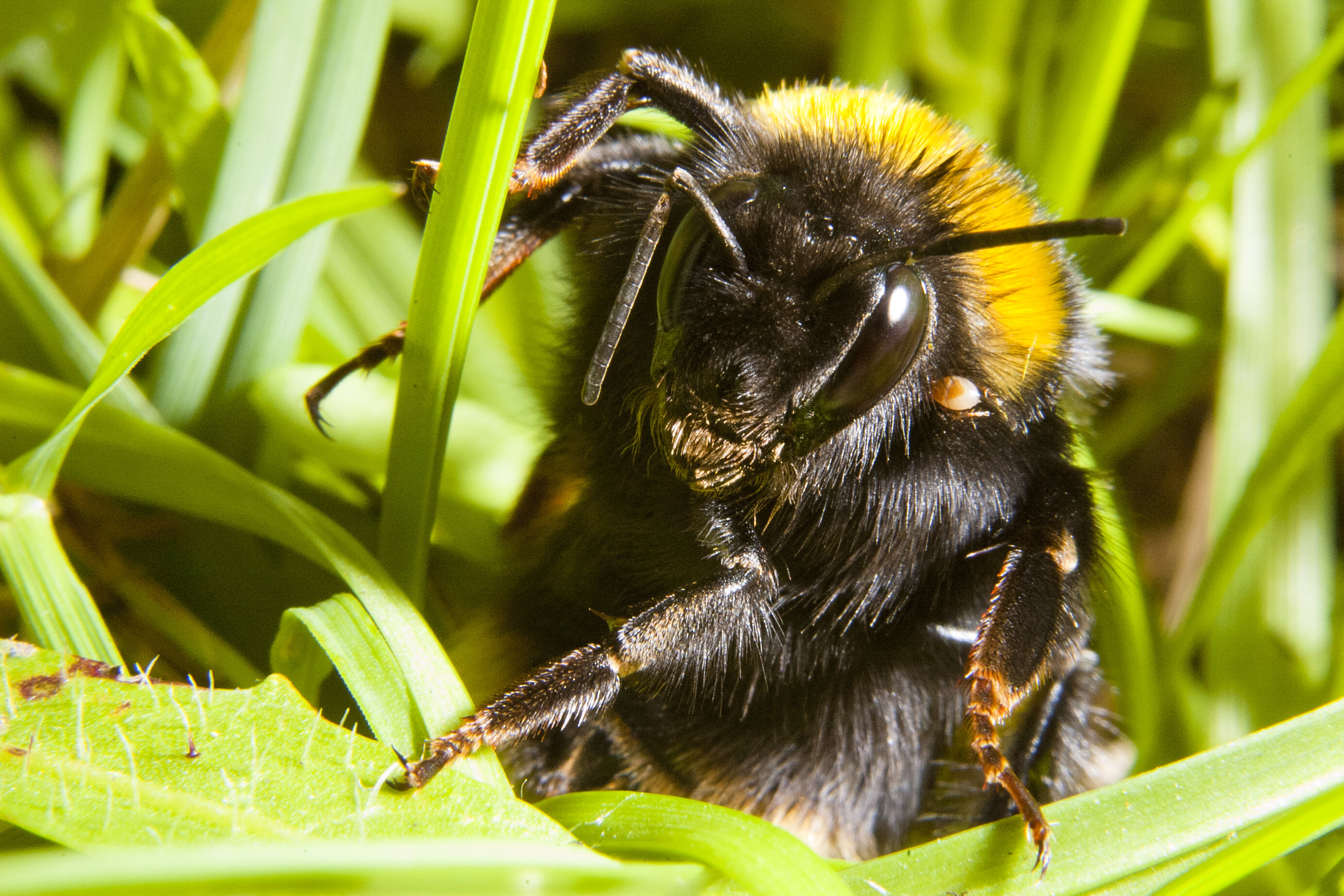 It has long been thought that bumblebee queens, having hibernated in the ground during the winter, emerged, began to feed and dispersed quickly enough to found their new colony.

But new research shows that just after hibernation, bumblebee queens spend most of their time hiding and resting among dead leaves and grass.

The study, published in the journal Scientific reports, suggests that this long resting behavior with short intermittent flights explains how bumblebee queens find themselves far from their natal nest.

Dr. James Makinson, who co-directed the study at Queen Mary University in London but is now based at the Hawkesbury Institute for the Environment at Western Sydney University, said: "We wanted to see what the queens were really just right after their emergence, and thanks to state-of-the-art tracking technology and wild bee observations, we were able to discover a behavior never before seen in bumblebee queens. "

The researchers placed a small antenna on the backs of queens that had just emerged from artificial hibernation. On a field in the open air, a radar was used to track the bees via the antennas as they woke up and left the area.

The data showed that queens spent most of their time on the ground (between 10 and 20 minutes on average) and flew short (10 to 20 seconds on average) in almost random directions. Observations of wild bumblebees confirmed that this was not due to antennas, but rather to the natural behavior of recently emerged queens. Computer modeling has also shown that this behavior can explain how bees are found several kilometers away from hibernation sites.

Dr. Joe Woodgate, co-lead author of the Queen Mary University London Study, said: "Our study suggests that a few weeks of this type of behavior would result in queens several kilometers away from their home. hibernation site and could explain how the queens disperse from the nest in which they were born to where they chose to found a new colony. "

Dr. Makinson added, "Understanding the behavior of queens during this crucial time in their lives may suggest practices to improve their chances of successfully founding new colonies and helping their survival.

"Our results suggest that it would be helpful to create pollinator-friendly corridors between conserved landscape plots, and it would also be beneficial to plant pollinator-friendly flowers and trees throughout the year, would give the bumblebee queens wide access to food in early spring.And leaving the vegetation, such as dead leaves and long grasses, remained quiet until late spring would give the royal bumblebees safe places to to rest. "

If you see a bumblebee queen exhausted around this time of year, the researchers suggest that you can save her by giving her a sweet solution (half water, half sugar, perfectly shaken). Put the solution on a teaspoon and gently move the spoon near its antennas or mouthparts. Drinking the solution will allow the bee to warm up its flying engine and have enough energy to find flowers on its own.

Astronomers have discovered a gigantic sphere-shaped cavity in space

Who pays for your Uber?

Did the destruction of this Middle Bronze Age city inspire Sodom?