Jeff Zients, coordinator of the president’s COVID-19 task force, said some 6,500 retail pharmacies across the country will receive a total of one million doses.

The pharmacy program will be administered by the Centers for Disease Control and Prevention (CDC) and will include major outlets such as CVS Health. Walgreens Co, Walmart Inc, Rite Aid Co and Costco Wholesale, as well as supermarket pharmacies.

The number of participating pharmacies is expected to increase as drug makers increase production, allowing for more doses to be allocated – and the program is separate from one that uses pharmacies to immunize residents of hospitals. nursing homes.

Pharmacies have become a mainstay for influenza and shingles vaccines, and the industry is able to immunize tens of millions of people every month.

This will provide more sites for people to get vaccinated in their communities, ”Zients told reporters, noting that due to supply constraints, initial availability will be limited.

Zients also announced a five percent increase in doses the government ships to states, territories and some major metropolitan areas.

These will now total 10.5 million doses in all jurisdictions, against 10 million announced last week. 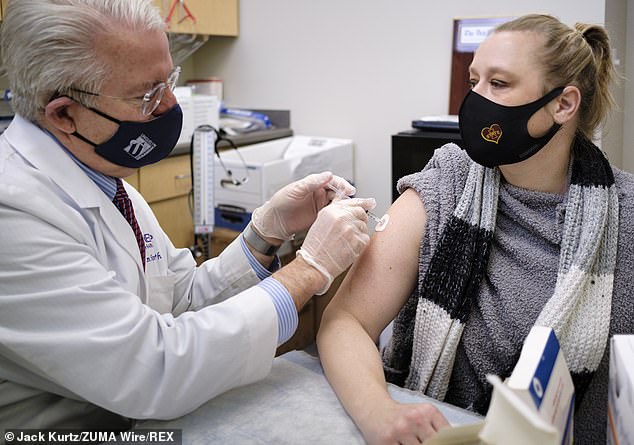 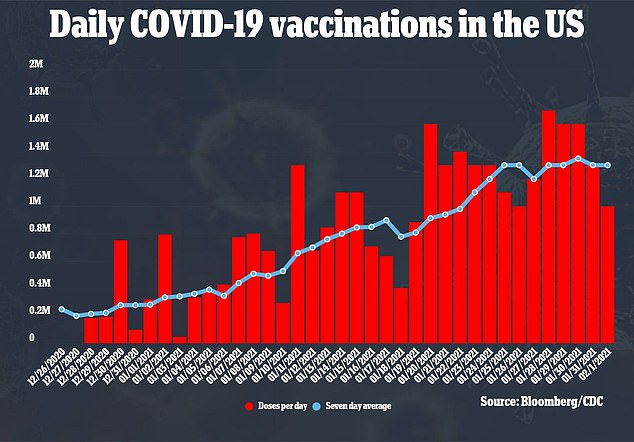 The White House announced a 5% increase in doses shipped to states, on top of the 16% announced last week for a total of 10.5 million doses in all jurisdictions, increasing your daily immunization rate 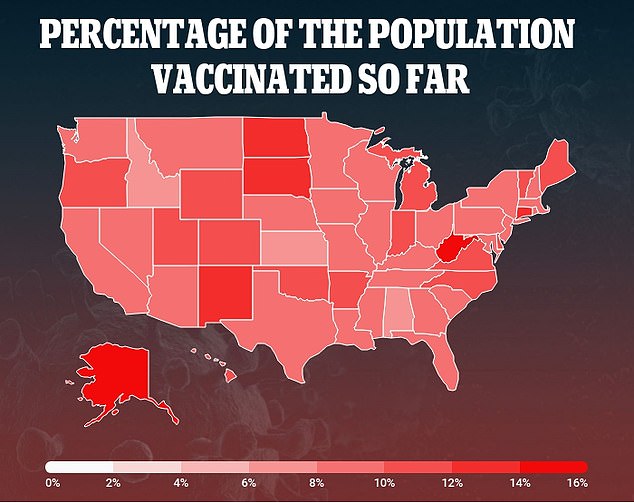 A priority will be to get the vaccine to minority communities who have suffered a disproportionate number of illnesses and deaths from the virus, Zeints said.

The partnership with pharmacies was initially announced by the Trump administration last November, although no vaccine was approved at the time.

CVS plans to start offering vaccinations from doses arriving on day one, February 11

The pharmacy expects 250,000 doses to arrive in 330 stores in 11 states such as California and New York, Politico reported.

Meanwhile, Walgreens said it will begin administering doses the day after the shipments arrive, Feb.12.

“Ultimately, while we are able to increase supply, up to 40,000 pharmacies across the country could provide vaccines against Covid-19,” Zients said.

The White House has also taken steps to help states fund their efforts to respond to the pandemic.

These can range from protective equipment for health workers, to deploying their national guards, to setting up community food programs. State expenses from last January can now be reimbursed.

But Zients said states needed much more financial aid from Washington, pointing out that Biden’s US bailout legislation called for $ 350 billion from states. The counter-offer by a group of Republican senators advanced over the weekend omits this campaign element. 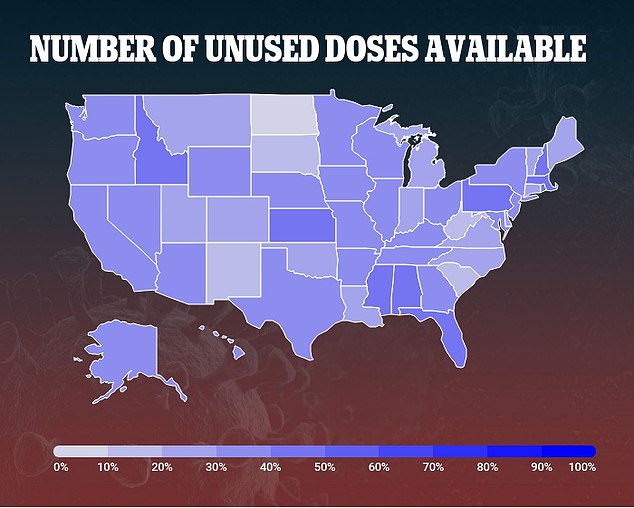 CDC data shows 52 million doses have been shipped so far 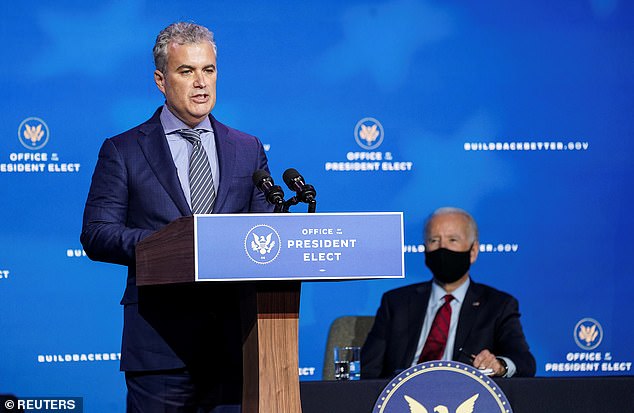 Some local jurisdictions have started offering the vaccination in pharmacies, but in most places this is not the case. Signs on the front doors of pharmacies indicate that no vaccine is yet available.

And, since the rollout began in December, chains like CVS and Walgreens have gained experience with special handling requirements.

Soon, the Food and Drug Administration will consider approving a vaccine from Johnson & Johnson, a single-dose regimen that requires only standard refrigeration.

The world as a whole is in a race against the virus to vaccinate as many people as possible. Disturbing mutations have been identified in the UK, South Africa and Brazil. 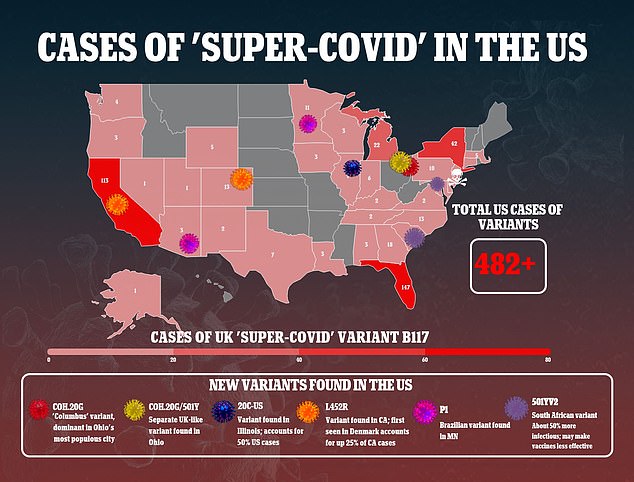 Officials say race to increase vaccinations is vital with variants from UK, South Africa and Brazil spreading across the county

The British variant spreads more easily and carries a higher likelihood of fatal disease. The South African variant may reduce the effectiveness of vaccines somewhat. All three mutations have been identified in the United States with a total of at least 482 cases.

The vaccine is free for Americans, thanks to legislation passed by Congress.

More than 60% of the doses distributed have been administered so far, a marked improvement from just a few weeks ago.

Even with the massive snowstorm that hit the northeast, Zients said “ all vaccines have been available to states on schedule. ”

But he admitted that some vaccination centers had to close temporarily due to weather conditions.