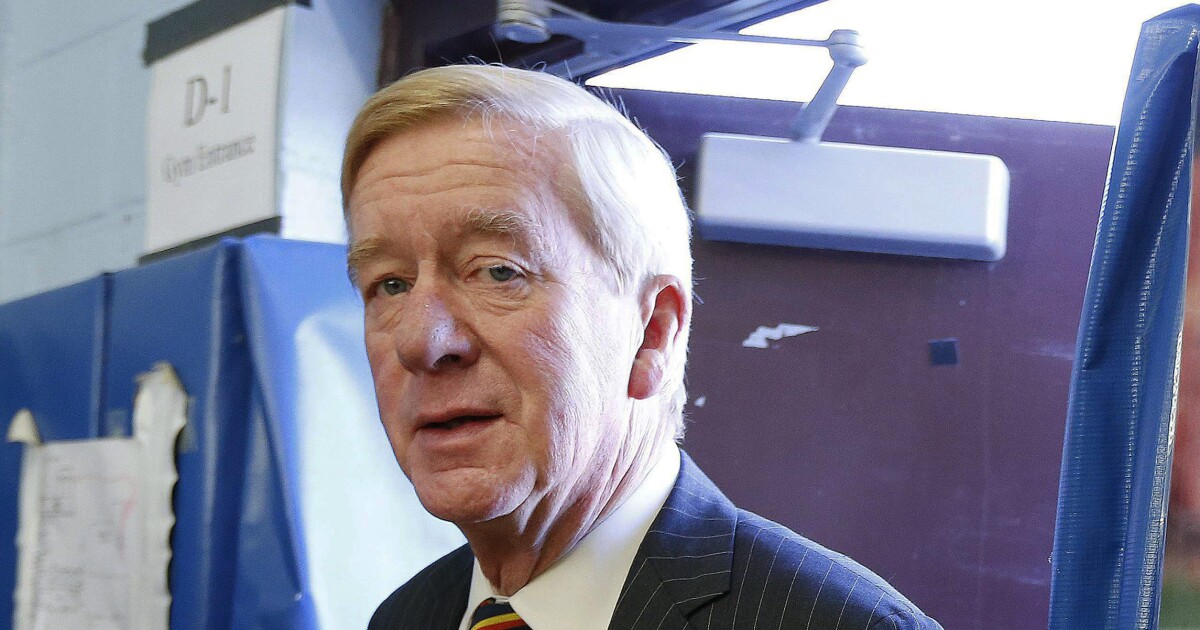 FMassachusetts Gov. Bill Weld said on Sunday that he would question President Trump for his "reckless" spending when he ran against him for the 2020 GOP nomination, while offering a more critical critique. wide of the style and behavior of Trump.

Weld has focused on fiscal conservatism as a central theme of the campaign a few days after the national debt surpassed the $ 22 trillion, declaring during a television appearance: "I I will make it clear that I think the president is reckless on spending. "

"They spend a trillion dollars a year, they do not have it, it's going to crush generations X and millennials in this country," Weld told ABC's "This Week" show. .

Weld formed an exploratory committee last week as he pondered a race against Trump in 2020 after his recent return to the Republican Party. Mr. Weld was Republican Governor of Massachusetts from 1991 to 1997, before supporting former Democratic President Barack Obama in 2008. In 2016, he was a candidate for the Libyan Party vice-presidency.

"He wants to divide the country and support, you know, scary men that anyone can think that only he can save us," Weld said of Trump. "I think it's part of his plan to make himself seem indispensable – it's not essential at all."

During the interview, Weld also questioned Trump 's statement Friday on the national urgency of building a south wall, saying that people who cross the border illegally are "not a major threat to the national security of the United States ".

At a press conference at Rose Garden, Trump said Friday that he felt compelled to boost military spending and that a successful economy could boost state revenues. "Well, it's all about growth," he said.