Bill Weld will challenge Trump in the Republican primaries. 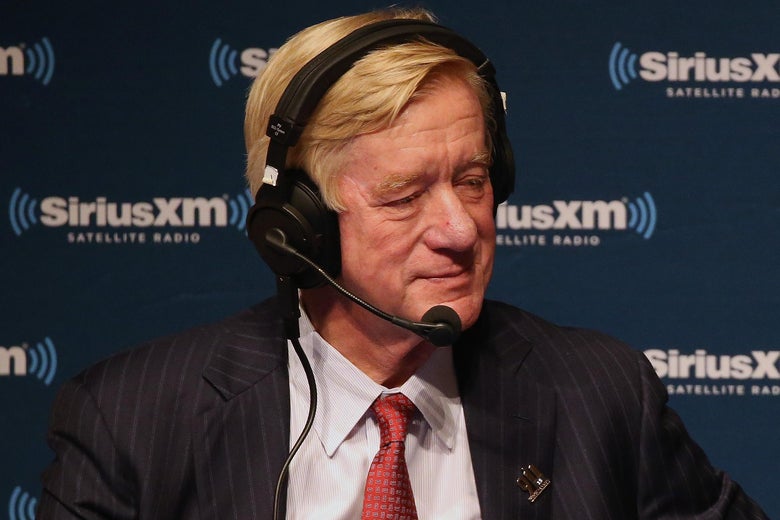 That the Republican primary of 2020 begins? Bill Weld, former Massachusetts governor of the GOP and candidate for the position of libertarian vice president for 2016, announced Friday the creation of a presidential exploratory committee, first public step of his challenge project against Donald Trump.

"Our president is just too unstable to serve as the highest executive in the country," Weld said in Bedford, New Hampshire. Aged 73, he added, "We have a president who openly praises and encourages despotic and authoritarian leaders abroad, while doing his best to insult and even humiliate our Democratic allies."

The first thing to do: Weld's path to the GOP nomination is almost impossible to imagine. Yes, Trump is incredibly unpopular nationwide. Yes, Robert Mueller investigates almost everything Trump has ever touched. And, yes, Trump has just declared a legally dubious national emergency that goes against everything the conservatives of the small government claim to care about. Still, he has a virtual lock on the appointment of the GOP. An incumbent president has not been denied reelection for more than a century (a word to Chester A. Arthur), and Trump still enjoys broad support from Republican voters and of a hold on the party itself. Someone other than Trump winning the GOP nomination would be the biggest anomaly in presidential politics since Trump won the White House in 2016.

Weld is fiscally conservative but relatively socially liberal, and his support for legal abortion and gay rights would seem to make him a particularly unfavorable candidate for today's GOP. Conservatives of #NeverTrump would definitely prefer someone like John Kasich or Mitt Romney to race. Nevertheless, Weld could make things difficult for the GOP if he manages to stick around. The alarm is harder to ignore when it goes off at home. Conservative critics of Weld may fall in the ear of a deaf person within the party, but his moral argument against Trump's authoritarian, kleptocratic and racist ways will muster a lot of press. It is easy to imagine that Trump reacts in an embarrassing way.

If nothing else, Weld would probably do the main thing interesting. Consider the meanders of his political career: he spent the 1980s as a federal prosecutor before winning his first term as a Massachusetts Republican governor in 1990. Four years later, he was re-elected to the House of Commons. Liberal state in a historic rout. Then, while he was still in power, he unsuccessfully presented himself to the US Senate against incumbent President John Kerry in 1996. Mr. Weld then left his governorship the following year. , after President Clinton appointed him ambassador of the United States to Mexico. Senate Republicans denied him a confirmation hearing, saying his support for projects such as marijuana for medical purposes and needle exchange programs was disqualifying. Weld then moved to New York, where he ran unsuccessfully for the governorship in 2006. He returned to the public stage. again in 2016, this time as a libertarian candidate for the vice presidency. Weld, however, spent as much time campaigning against Trump, as he did for his own companion, the former New Mexico governor, Gary Johnson. Weld went to MSNBC in the last days of the race to declare, "I'm here to answer Mrs. Clinton."

Oh, and when he was governor, he has already ended a press conference praising the cleaning of Charles River, a polluted city of Boston, by jumping into the fully clothed waterway:

Weld's strategy begins and ends in New Hampshire, where he will hope that voters will remember him with fondness since his tenure as governor of Massachusetts. Weld was a tiny libertarian even before becoming a capital libertarian in 2016, which could boost his appeal in the Live Free or Die state. In reality, however, Weld is organizing an event more than he is running a campaign. He seems very good with that.

There is reason to believe that such a protest during the primary could harm Trump during the general election. The last two candidates to face a major challenge then lost their reelection: Gerald Ford, who had to defend Ronald Reagan in 1976; and George H.W. Bush, who rejected Pat Buchanan in 1992. The question of whether these main challenges have hurt the incumbents or simply exposed the weaknesses that already existed remains to be determined. In the case of Trump, it is hard to imagine that there are weaknesses to reveal.