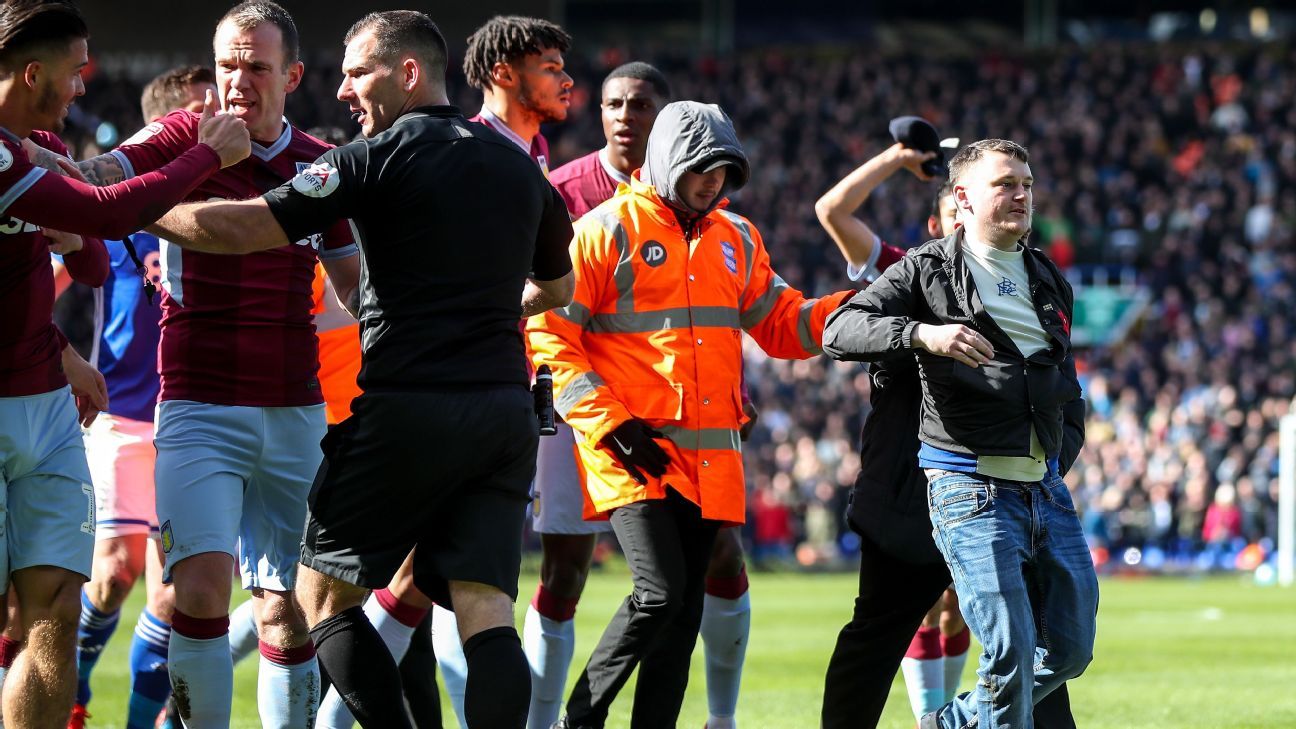 Birmingham's championship game against Aston Villa (live on ESPN +) was marked by shameful scenes early in the first period, as a fan rushed into the field and knocked on the back Jack Grealish's head.

The match at St. Andrews was barely 10 minutes when a fan arrived on the playing field and approached Grealish, the Villa's midfielder.

The fan then punched from behind and grabbed Grealish, who fell to the ground. A steward then managed to control the support and took it out of the field. The West Midlands police later confirmed that the supporter had been arrested. Grealish then scored to give Villa the 1-0 lead in 66 minutes.

An EFL spokesman said: "The EFL condemns the insane actions of the individual who has encroached on the St. Andrews field on Sunday afternoon.This is a situation that no player should be confronted with.

"In all circumstances, the playing area is for players, not supporters, and those who play must be able to do so safely, knowing that they will not be subject to this type of behavior.

"Although this incident is within the competence of the Football Association, we will work with all parties concerned to resolve the problem of the safety of players and referees in the field and to ensure that appropriate action is taken."

Grealish did not need treatment and was able to resume the game in the Second City derby. Aston Villa started the day in 14th place and Birmingham, 10th at 5 points in the playoffs.

Sunday's act of violence was not the first time the Midlands derby witnessed a flash point. In 2002, a supporter was jailed for four months after coming into play and provoking Peter Enckelman, the goalkeeper of Aston Villa, who conceded a goal in Birmingham's 3-0 win at St Andrews.

Michael Harper, 26, of Solihull, was sentenced by the Birmingham Court of First Instance after confessing to having run on the pitch before the clash with Enckelman.