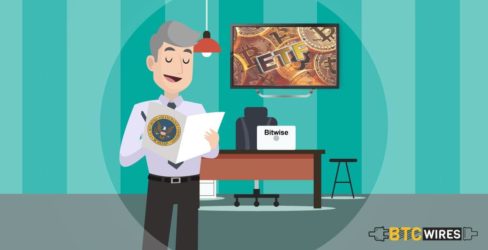 In a report to the SEC (US Securities and Exchange Commission), a cryptographic indexing fund providing Bitwise Asset Management company noted, with detailed analysis, that falsified by them. Even though they are not entirely false, most of these quoted values ​​are uneconomic, according to Bitwise.

You can also read: The Top 10 Cryptocurrency Exchanges for 2019

The report, released March 20, was part of Bitwise's submission to the US SEC regarding a rule change they are currently proposing.

While the SEC's reluctance to allow a Bitcoin ETF (Exchange Traded Fund) is well known, Bitwise seems intent on having the SEC change its rules in order to launch its own Bitcoin ETF.

The main assertion of this report seems to be the fact that most stock markets tend to exaggerate their trading volumes.

Although they claim to have traded a total of $ 6 billion in all spot markets, the reality seems to be very different. The Bitwise report writes:

"Under the hood, the stock markets that report the highest volumes are unrecognizable. The vast majority of this reported volume consists of fake trade and / or non-economic transactions. "

Bitwise quotes data collected from Coinmarketcap, crypto stats tracker service. It argues that the data displayed on Coinmarketcap, which is so widely used by users in the cryptography world, tends to contain a very large amount of this unverified data. This would supposedly alter the true representation of the size of the Bitcoin market (or the market of any other cryptocurrency).

The company estimates that the actual volume of Bitcoin is only $ 273 million and that users are not aware that the current market for bitcoin is: "much smaller, more orderly and more regulated. commonly understood ".

This report discusses the situation of Coinbase Pro as a case study and identifies more natural and humane business models.

He looks for an uneven combination of buy and sell orders and also studies the spread in different markets. According to Coinbase Pro, the estimated daily volume of about $ 27 million is more realistic than the $ 480 million from Coinbene.

In conclusion, the report draws attention to Bitwise's application to the ETF, as it tries to suggest that it adheres to the provisions of the Trade Act and should be allowed to be launched.

Rushali Shome is a history student with a keen interest in word games, politics and beyond. When she does not type furiously into the "Notes" section of her phone, one may find her trying to attract the attention of waiters in restaurants or weddings for a while. second help.