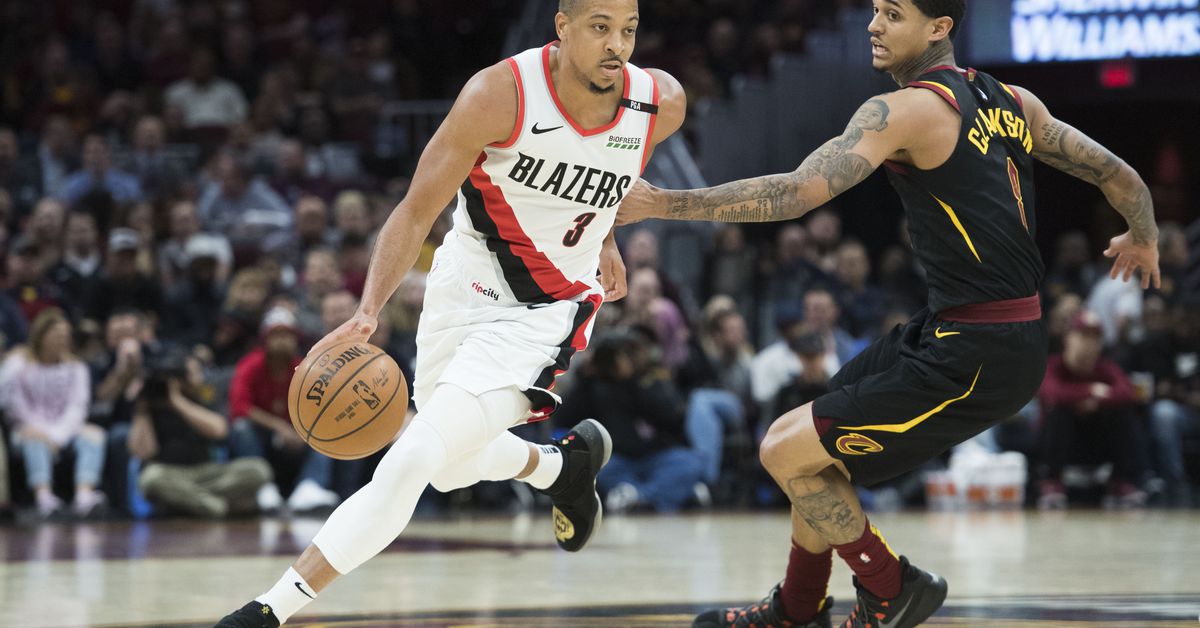 The Portland Trail Blazers were not easy, but were able to avoid disaster and defeat the Cleveland Cleveland 123-110 on Monday night, taking their cards to 3-0 on their current tour. CJ McCollum outshot all scorers with 35 points and went straight into the limelight as Portland came out of a lively rally of the Cavs to retain his victory. Cedi Osman led Cleveland with 27 points.

After taking 23 points at half-time, the Blazers were led 36-17 in the third quarter, and the Cavs managed to reduce their deficit to just two points early in the fourth quarter. However, Portland recovered with a big 14-0 run late, and was able to put the game aside with a comfortable margin.

It's unfortunate that the Blazers came out as flat in the third quarter, because it was right for an incredible performance in the first period. Portland started the game in a dominant way – taking a 14-0 lead and preventing the Cavs from scoring a basket until the seven-minute mark. McCollum in particular was stuck after the jump, recording 22 of his points in the first period only.

However, it is the Blazers' bench that brought him to another level in the second quarter, in which the Blazers scored 42 points. The second unit played easily and for free, although General Evan Turner played without a floor for the second consecutive game. The excellent movement of the ball, combined with a dull defensive effort by Cavs, led to a plethora of open looks. This led the team to 11-13 out of three in the first half, while getting 68% of the total. Seth Curry was particularly strong, going 4-4 ​​of the distance over that period.

Unfortunately, the Blazers came out in the third quarter, as they had lost their skills by the Monstars during the break. The shots stopped falling, the ball stopped moving and the intensity of the defense completely disappeared. The Blazers shot 28% in the frame and made five expensive turnovers. To make matters worse, the Cavs themselves felt a boost of energy and quickly seized the opportunity to return to the game. They started half-time on a 8-0 run and were able to easily reach the rim for most of the second half.

Enes Kanter was part of the Blazers defensive problem. When the Cavs players, especially Osman, were able to overtake their defender, the resistance was not enough. Perhaps Zach Collins would have been the best option for the Blazers during this sequence, especially considering that Kanter did not make a huge mark offensively at the time. It was not only about Kanter, but he certainly did not solve the problem.

The fact that Curry, who was away in the first half, did not resume the game before the end of the third quarter is also interesting. For a crime that was becoming more and more stagnant, it might have come in the light of a fire under the team. Nevertheless, the Blazers managed to get through the storm and win despite the adversity.

Portland scored 14-0 for the fourth quarter, putting the game out of reach. While the Blazers led by three and it remained about 4:30, Kevin Love was called for a foul on Jusuf Nurkic (which appeared to be an accusation). After Nurk hit both free throws, Al-Farouq Aminu blocked Love's stopper at the other end, which was followed by four other Blazer groups, including two from McCollum. The Portland advance had suddenly risen to 17 with just over two minutes to play, and all hope for the Cavs was escaping.

The 35 McCollum players took part in 12-18 shots, including 7-8 in the center, and he shot seven boards at night.

Nurkic had 15 points, eight rebounds and four assists, and was 6-10 from the field.

Maurice Harkless had another strong performance with nine points and eight rebounds, plus two flights in 26 minutes of action.

Aminu had seven points on 3-8 shots, while adding two blocks and a steal.

Collins returned to the rotation tonight, playing 16 minutes. He had a nice block and took advantage of a sizable shift for a strong post against Matthew Dellavedova.

Jake Layman scored seven points on a 3-5 shot. Enes Kanter scored nine and six rebounds, and Curry had 15 points on 5-6 shots, including a perfect 5-5 from three points.

It was a not-so-happy homecoming for Rodney Hood, who leaned to 1 to 4 from the field and that was pretty much a negligible factor for most of the night.

The Blazers will travel to Bean Town for an appointment with the Boston Celtics on Wednesday night.