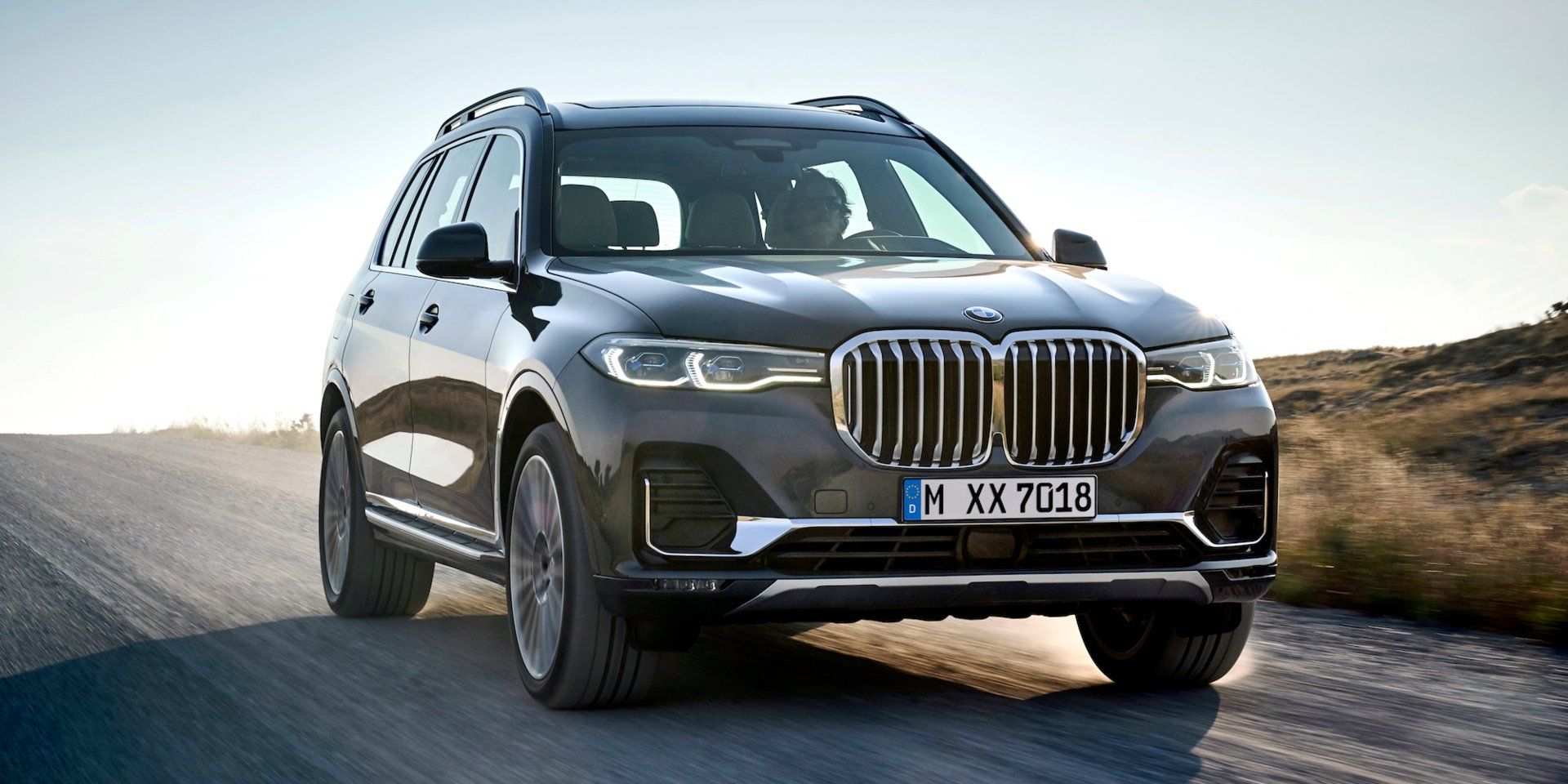 BMW unveiled its new 2019 X7 201 SUV on Wednesday at the Los Angeles Auto Show. The automaker plans to sell the three-row X7 next March. The vehicle will start at $ 74,895 and battle vehicles such as the Audi Q7 SUV and the Mercedes-Benz SUV GLS.

Two trim levels, xDrive40i and xDrive50i, will be available. The xDrive50i will offer a 4.4-liter twin-turbocharged V8 engine, while the xDrive40i will feature a 3.0-liter turbocharged six-cylinder in-line engine. In either case, the AWD system will be powered via an eight-speed gearbox.

The six in-line engines develop 335 horsepower with 330 lb-ft of torque, while the V8 will increase to 456 horsepower with 479 lb-ft of torque. According to BMW, the 0-60 mph dash takes only 5.2 seconds for the X7 equipped with the V8. Driver assistance features will include Lane Keeping Assist, Adaptive Cruise Control, Assisted Parking, Blind Spot Detection, Exit Buzzer track, the front and rear collision warning, the pedestrian buzzer and the rear cross traffic alarm.

The X7 will have a maximum storage capacity of 90.4 cubic feet when the third row of seats is unoccupied.

The Grand Bimmer will compete with the other seven-seat luxury SUVs in the segment and occupy the position of choice in the BMW SUV fleet, above the X3 and X5. It will be produced in the same plant in Spartanburg, South Carolina, which manufactures smaller SUVs, as well as the X4 and X6.