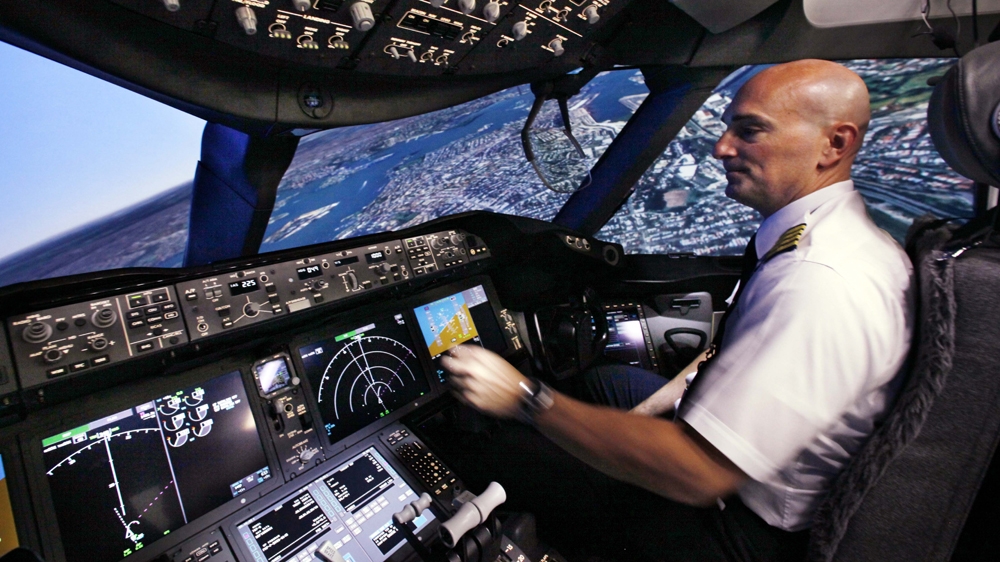 Boeing acknowledged that he had to correct the flaws in his 737 MAX flight simulator software used to train pilots, after two fatal accidents involving the plane, which claimed the lives of 346 people in six months.

The US-based aerospace company said its simulators were unable to replicate certain flight conditions that contributed to the crash of Ethiopian Airlines in March or the Lion Air crash off the coast. Indonesia last October.

"Boeing has made corrections to the 737 MAX simulator software and has provided additional information to aircraft operators to ensure that the simulator experience is representative in different flight conditions," he said. said Boeing in a statement released Saturday.

The company did not say when it became aware of the problem for the first time and whether it informed the regulators.

This statement marks the first time that Boeing has admitted that the 737 MAX-related software has a design flaw, of which the MCAS anti-stall software was largely blamed on the tragedy of Ethiopian Airlines.

The 737 MAX was blocked worldwide in March following the crash of Ethiopian Airlines, which killed 157 passengers on board, just five months after the 737 MAX Lion Air crash, which had made 189 dead.

The company said the latest modifications "will improve the simulation of force loads on the manual compensation wheel", a manual wheel rarely used to control the angle of the aircraft.

"Boeing is working closely with device manufacturers and regulators on these changes and improvements, and to ensure that customer training is not disrupted," adds the text.

Southwest Airlines, a major customer of the 737 MAX with 34 aircraft in its fleet, told the AFP news agency that it expected to receive the first simulator "at the end of this year".

American Airlines, which owns 24 aircraft, has announced that it has ordered a 737 MAX simulator to be delivered and put into service in December.

"Following the continuation of investigations into both aircraft accidents, we are exploring the possibility of additional training opportunities in coordination with the FAA (Federal Aviation Administration) and the Allied Pilots Association," the statement added.

On Thursday, Boeing said it had completed the software update of its 737 MAX and also submitted a pilot training plan to the US Federal Aviation Administration.

Aircraft await approval from US and international regulators before they can resume service.

According to FAA documents, there is currently only one 737 MAX specific flight simulator in the United States. It belongs to Boeing.

American airlines are training their pilots driving the MAX on a simulator built for the 737 NG, the version before the 737 MAX in the 737 family.

Oliver McGee, former US Assistant Secretary of Transportation, said it was essential that pilots have access to accurate training systems.

"These simulators are very important to the air operators," he told Al Jazeera, a native of Lubbock, Texas. "It can cost about tens of millions of dollars over the life of the plane."

"American Airlines has already announced that we are going to get these simulators and get more data and information from the builders, the pilots where the maneuverability and controllability of the MCAS were taking place," he added.

US airlines targeted August on the 737 MAX.