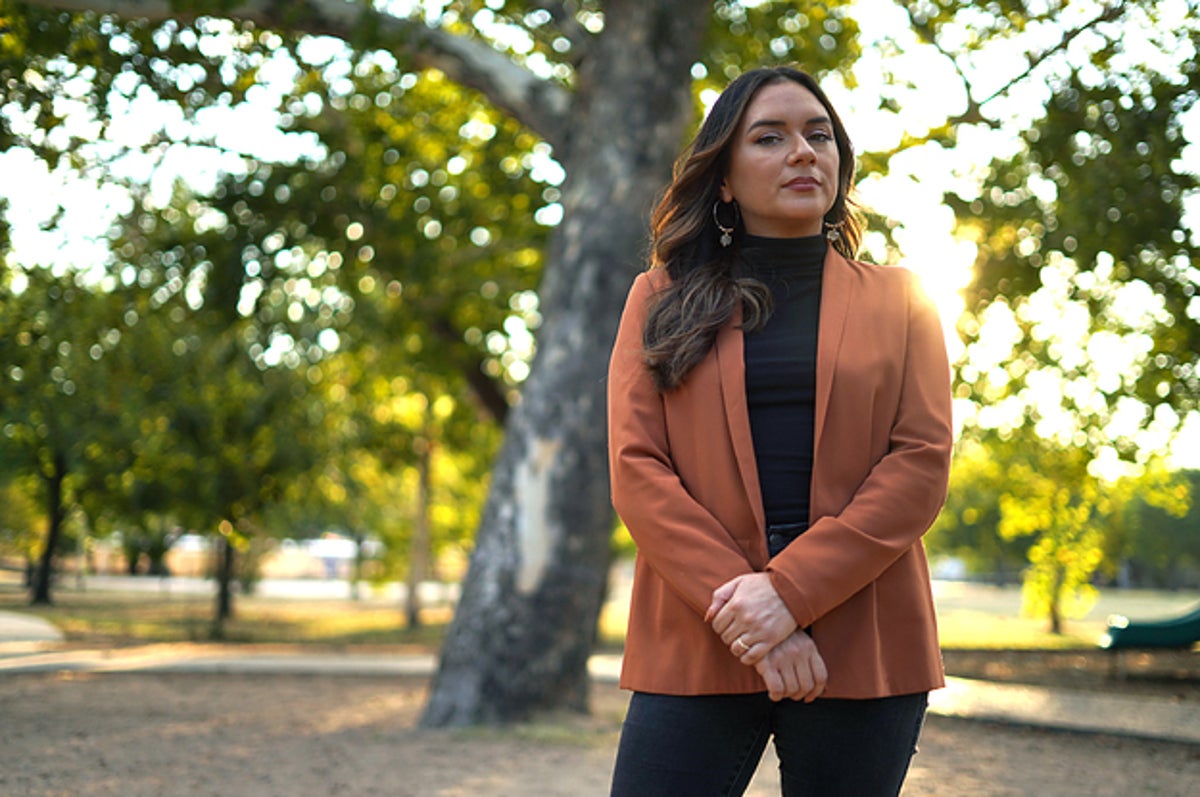 Growing up in a poor immigrant family in Austin, Zoraima Pelaez could not afford to go to college right after high school. But after saving up as a hairstylist and makeup artist for several years, she enrolled in classes at the local community college with the goal of becoming the first in her family to graduate.

Then she got pregnant.

Looking at the two little lines on her home test stick, she thought of her older sister, who had struggled as a young single mother. Pelaez, who was in his twenties, was not ready to have a child. And she knew that in order to fulfill her dream and graduate from college, she had to have an abortion.

“I had other plans for me and wanted to see them through,” she said.

Now 33 and a third-year University of Texas Law School student, Pelaez and thousands of others who have aborted are asking the Supreme Court to uphold the precedent that protected their reproductive rights in a amicus brief filed Friday. The court is expected to hear arguments later in its next term over a Mississippi law that bans nearly all abortions after 15 weeks of pregnancy, before a fetus can survive outside the womb. At stake is the key principle of reproductive rights in the United States: that states cannot ban abortion until a fetus is viable. If judges removed this principle or allowed exceptions, national access to abortion care could collapse.

The brief, submitted by nonprofit organizations Advocates for Youth and We Testify, shares the abortion stories of about two dozen women, trans people, and non-binary people, as well as a cis man whose partner terminated a pregnancy. Together, their experiences illustrate not only the diversity of those who access abortion care, but also the wide range of reasons why they choose not to stay pregnant. Some just didn’t want to become parents, while others terminated their pregnancies to protect their mental health, escape abusive relationships, or prioritize their education or career.

Including personal stories in court records is nothing new. But according to Renee Bracey Sherman, Founder and Executive Director of We Testify, there has never been a case with so many signatories of individuals who have had abortions. A total of 6,641 people who terminated their pregnancies as long as the mid-1940s and just a few months ago have joined the case. Their names cover more than 60 pages of the document.

“I hope the judges read them all,” said Bracey Sherman, who aborted at 19.

Her name appears in the memoir in addition to that of her mother, an aunt and three cousins.

“We are not random people,” said Bracey Sherman. “We are whole families of people, and abortion is part of what makes our families what they are.”

Although lower courts have repeatedly blocked Mississippi law and other similar laws, the Supreme Court’s decision to reconsider the matter during its next term, which begins in October, has indicated that judges may be willing. not only to undermine abortion rights, but also potentially dismantle Roe vs. Wade, the landmark decision that made abortion legal across the country almost 50 years ago. It is the result of a years-long effort by anti-abortion activists to bring the issue back to the Supreme Court after Donald Trump won the presidency, and it will be the first major abortion case to go to court. since the Conservative majority fell to 6–3 with Judge Amy Coney Barrett’s confirmation last year.

And after judges refused to prevent a six-week Texas abortion ban from going into effect earlier this month, fears only grew that they could topple the base. legal reproductive health care on which hundreds of thousands of people depend every year.

“I am worried,” said Advocates for Youth president Debra Hauser, who had an abortion in 1995.

Still, Hauser said that if the outpouring of memory support is any indicator, people who have had abortions, as well as others who believe no one should be forced to carry a pregnancy to term, will continue to s ‘speak up and work to make sure everyone has access to safe and affordable reproductive care, no matter what the court does.

“People are paying attention now,” she said, noting that the organizers did not expect to get thousands of signatures. The groups only had a week to collect signatories, and even though the case has already been sent to court, people are still submitting their names through the online petition.

“People are awake and aware,” Hauser said. “They’re not going to take it easy and let this happen.”

In the event to come, Dobbs v. Jackson Women’s Health Organization, the State of Mississippi asks the Supreme Court to overturn Roe deer and Planned Parenthood v. Casey, the 1992 opinion that states could not ban abortions before the viability point, which is typically around 24 weeks. Their lawyers argue in court records that the Constitution does not protect the right to abortion, and the court’s requirement that state law does not place an “undue burden” on access to abortion. before 24 weeks unfairly prevents states from creating local abortion regulations.

They also claim that societal changes and new scientific discoveries – such as improving the ability of women to “achieve both professional success and a rich family life,” the wider accessibility of contraception and adoption, and the knowledge that a fetus has acquired human form before viability – has essentially rendered abortion unnecessary.

“Countless women and mothers have reached the highest echelons of economic and social life, regardless of the law approved in these cases,” the state brief states. “Considerable political advances are now encouraging women to fully pursue their careers and families. “

Lawyers for Jackson Women’s Health, the only remaining abortion clinic in the state, dismissed these arguments in its response filed last week, saying there had been no development that made the right to abortion “less worthy of constitutional protection”. And the idea that advances in gender equality have made abortion less vital is “foolish,” the clinic’s lawyers said, noting that women’s ability to participate equally in society depends on their ability to participate. ability to make decisions about their reproductive health.

People who are denied the right to abortion face increased health risks associated with continued pregnancy and childbirth, loss of educational opportunities and economic insecurity, said the lawyers.

“Even if the claim that the United States has achieved full gender equality was true (it has not), these gains were made as the court strongly reaffirmed the right to abortion.” , their memory declares.

While their reasons for having an abortion varied, eight people who shared their stories in the amicus brief or signed their names on the record told BuzzFeed News that being able to terminate their pregnancies or pregnancies allowed them to live the life they wanted.

“I gave myself the gift of my future, that’s how I think about it,” said Meg Ringler, 32, of Pittsburgh. “I was able to create a life for myself that I love.”

When Advocates for Youth Hauser learned she was pregnant in 1995, her husband was missing. She ended her pregnancy to take better care of herself and the 6 month old son she already had.

“I was able to make the best choice for my family at that time and, you know, I’m just eternally grateful for it,” she said.

For Marketia Patterson, having the opportunity to end two pregnancies when she learned that severe neural tube defects meant fetuses were unlikely to live was essential for her mental health. She already had a child and wanted more. But if she had been forced to carry those pregnancies to term, only for the two children to die, she said she probably wouldn’t have tried having another baby again.

“There is something to know that the pregnancy you are carrying is not viable,” said Patterson, 63, of Athens, Ga., Who has given birth to her second child after her abortions.

“I hate that I was ever put in this position by fate, Mother Nature, call it what you want,” she added. “But I’m glad I got that option.”

As she recounted her story in the memoir, Pelaez wrote that her decision to have an abortion almost a decade ago made her the person she is today. She was eventually transferred from community college to the University of Texas at Austin, where she graduated with honors in 2017. When she graduates from law school, she plans to use her legal training to fight for law. reproductive rights.

“Now I can have the career of my dreams and my amazing husband,” she told BuzzFeed News, adding that she was looking forward to starting a family with her partner on her own terms. “Abortion and the fact that I had one … is the common thread of my life.”

Others, like Tohan O., said abortion care saved their lives. In 2018, Tohan discovered she was pregnant as she tried to sever ties with an abusive partner. The Houston resident, 35, said having an abortion was her only option to get away from her unrelated ex.

“I don’t even know if I would be here to tell the story if I didn’t make this decision,” she said.

When Texas’ six-week ban became law, Tohan burst into tears. If this law had been in place when she needed an abortion, she would not have known how to terminate her pregnancy. Now she is worried about how others will be cared for.

“I met a young girl who used a hanger to try to self-abort, and she found herself in a critical and potentially fatal situation,” Tohan said. “When you take people’s rights, you are literally putting their lives at risk. If somebody wants to have an abortion, they’re going to find a way to do it.

She and others whose names are in the brief hope that by sharing their stories the judges will see how personal the decision to abort is and how vital it is to protect the rights of individuals to make that appeal for them. themselves.

“People don’t know what’s going on in other people’s lives,” Hauser said. “It is really important for people to have the capacity to act on their decisions and to have bodily autonomy. It’s kind of the very essence of freedom.