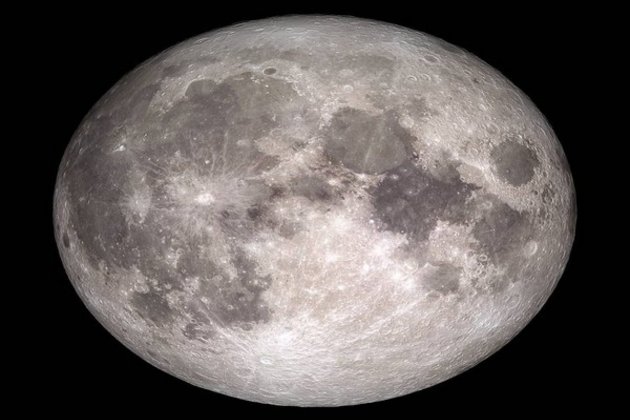 Washington [US], Nov. 27 (ANI): British engineers are tweaking a process that will be used to extract oxygen from moon dust, leaving behind metallic powders that could be 3D printed in building materials for a moon base.

It could be a first step towards establishing an extraterrestrial oxygen extraction plant. This would help allow exploration and sustain life on the Moon while avoiding the enormous cost of sending materials from Earth.

The oxygen generated would be used primarily to make rocket fuel, but could also provide air to lunar colonists.

The project is part of ESA’s preparations to establish a permanent and enduring lunar presence. Astronauts will live and work on the Moon, where they will help develop and test the technologies needed for missions further into deep space.

Lunar regolith, the thin layer of dusty rock that covers the Moon, is not all that different from minerals found on Earth. By weight, it contains around 45 percent oxygen which is bound to metals such as iron and titanium, making it unavailable.

British company Metalysis has already developed a process for extracting minerals that is used by industries on Earth to produce metals for manufacturing.

Earlier this year, it was shown to work well with a simulated lunar regolith.

The electrochemical process takes place in a specially designed chamber – the ones used for research are the size of a washing machine. The oxygen-containing material is immersed in molten salt, heated to 950 degrees Celsius.

A current is then passed through, which triggers the extraction of oxygen and migration through the liquid salt to collect at an electrode, leaving behind a mixture of metallic powders.

As part of the current project, Metalysis engineers are refining the technique while considering its lunar application.

The big difference is that on Earth the oxygen generated is not needed, but in space it will be the most important product of the process. This means that it must be designed to produce as much gas as possible.

Engineers will tinker with the process by adjusting the electrical current and reagents to increase the amount of oxygen while trying to lower the temperature needed to produce it. This will help reduce the energy required, which is already very important on the Moon.

They will also work to reduce the size of the chamber in which the process takes place so that it can be transported efficiently to the Moon.

At the same time, ESA and Metalysis challenged innovators to develop an in-process monitoring system that could be used to track oxygen production at future lunar extraction plants.

“A few years ago, we realized that the seemingly unimportant by-product of our process of extracting terrestrial minerals could have far-reaching applications in space exploration,” said Ian Mellor, Managing Director of Metalysis. . “We look forward to continuing to explore with ESA, and our industrial partners, how to make our Earth technology space-ready,” added Mellor.

“This exciting project is part of ESA’s broader space resources strategy, which will help us demonstrate how materials already on the moon can be used in a sustainable manner to support long-term space efforts,” said Advenit Makaya, the ESA materials engineer overseeing the project. .

“The project will help us learn more about the Metalysis process, and could even be a stepping stone towards establishing an automated pilot oxygen plant on the Moon – with the added bonus of metal alloys that could be used by 3D printers to create building materials, ”Makaya added.

“In the future, if we want to travel a lot in space and set up bases on the Moon and Mars, then we will have to manufacture or find the things necessary for life – food, water and breathable air,” said Sue. Horne, head of space exploration at the British Space Agency.

“Metalysis’ involvement in a program that aims to do just that, by producing oxygen on a lunar setting, will introduce the UK’s space credentials to the world stage and help unlock breakthroughs that bring exploration closer. spatial future, ”Horne added. (ANI)

Paleontologists get a glimpse of a dinosaur’s butt