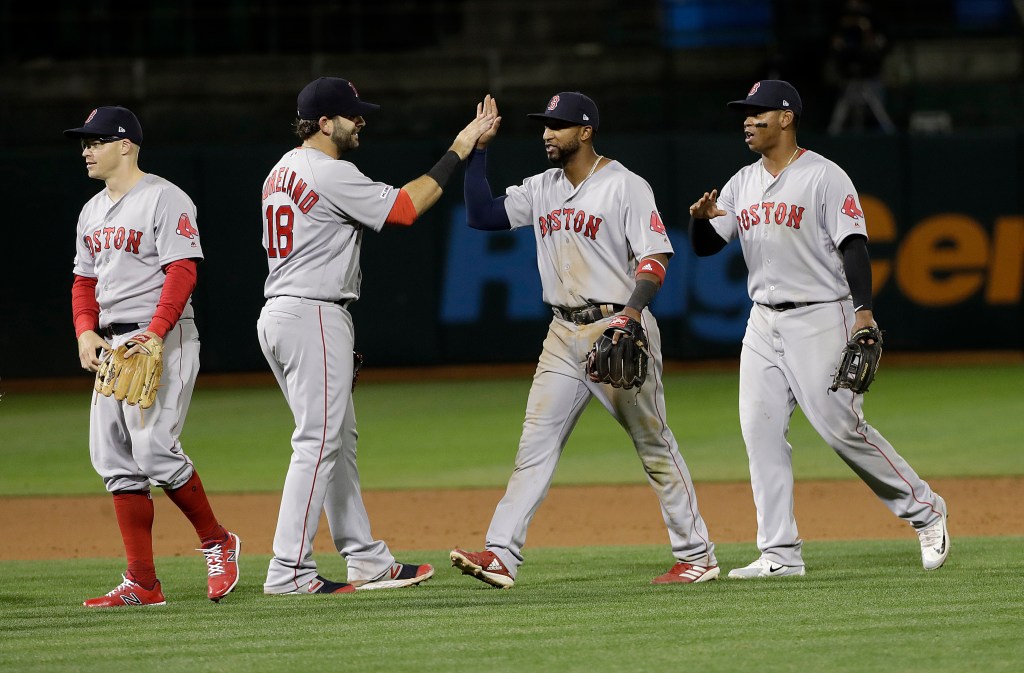 It was as if Holt had started in shortstop all season.

But Holt does not have. He did not even start a single game at the short stop in the spring. And when the game was in play in the eighth round of the Sox 6-3 win over the Oakland A on Wednesday night, Holt made it look easy.

Marcus Semien hit a two-run single from Matt Barnes, then flew to second place and qualified third on a bad pitch from Blake Swihart. Ramón Laureano hit a slow roll on the left side and Holt charged forward and to his right, then fired a shot at the first goal for a full game.

Originally, Laureano was deemed safe and the race to the point counted.

Manager Alex Cora challenged the call, it was quickly reversed and Holt, who began in place of Xander Bogaerts, was saved.

"I mean, if there's no recovery, I'm out of the game," said Cora. "If it was before the restart, I am excluded from the match. We were pretty sure that he was out.

"Brock did a good game. It was unreal. It was a great piece.

"Once I started it, I thought I had it," he says. "When he said safe, I did not know. I thought he was out, but once they showed recovery, he was very handsome. I'm just trying to help as I can. It was good to do this game, to go back in the dugout, and our guys did a great job by scoring a few points. "

Holt had not started at the short stop since September 29 of last year, but proved his value again as a high-end utility player on Wednesday.

"I think I have played enough in each place to feel comfortable there," he said. "Every time I do not play, I normally play on the ground. So it's probably one of the toughest positions on the ground. So I work a lot when I do not play there. I feel pretty comfortable in the middle, at one or the other place. Fortunately, I was able to do this game, then good forwards in the last run to take a few points. "

Bogaerts is expected to return to training Thursday, but he is clearly not 100% after shooting a foul on the leg Tuesday. The Sox did not use it on the bench in Wednesday's game.