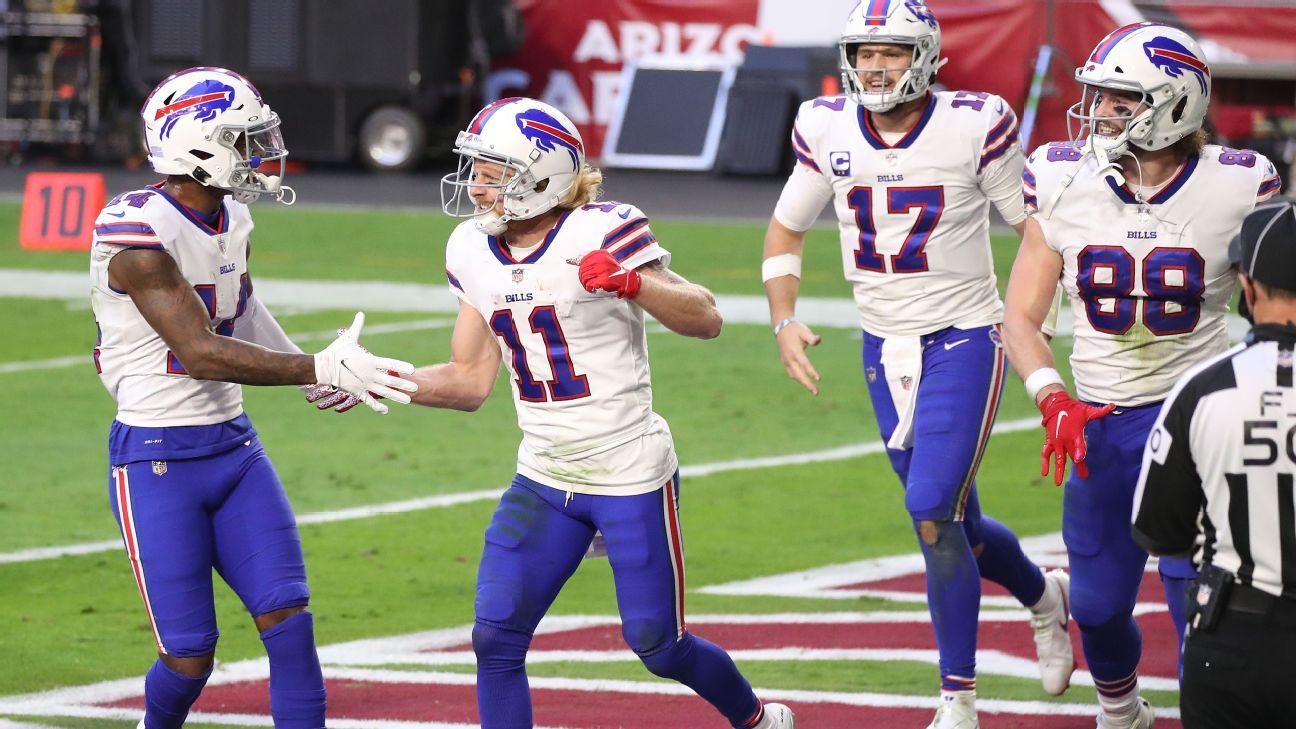 ORCHARD PARK, NY – When the Buffalo Bills host their first playoff game in more than two decades on Saturday, there’s a chance they will without their top two receivers.

Beasley suffered his injury at the end of Buffalo’s Week 16 victory over New England and missed the team’s regular season final against Miami. Head coach Sean McDermott called Beasley “week after week” before the Dolphins game and has maintained that designation during that week.

NFL leader in receptions and receiving yards, Diggs was limited in visiting the Bills on Tuesday before missing practice Wednesday. He and Beasley had limited participation in the Team Week’s final practice Thursday.

“I’m cool, no major issue,” Diggs said in a rare media appearance Wednesday for a player on the injury report. “Don’t believe everything you read.”

McDermott said Thursday morning that Diggs and Beasley’s status for Saturday was uncertain, despite Diggs’ self-diagnosis.

“Still not sure, we’ll just have to see,” McDermott said. “I appreciate where he’s coming from, but at the end of the day I’m still concerned when the guys are in the training room, whoever it is.”

If Diggs and Beasley run out of time, John Brown, Gabriel Davis and Isaiah McKenzie will be the Bills’ top receivers; rookie Davis was second on the team with seven touchdowns this season.