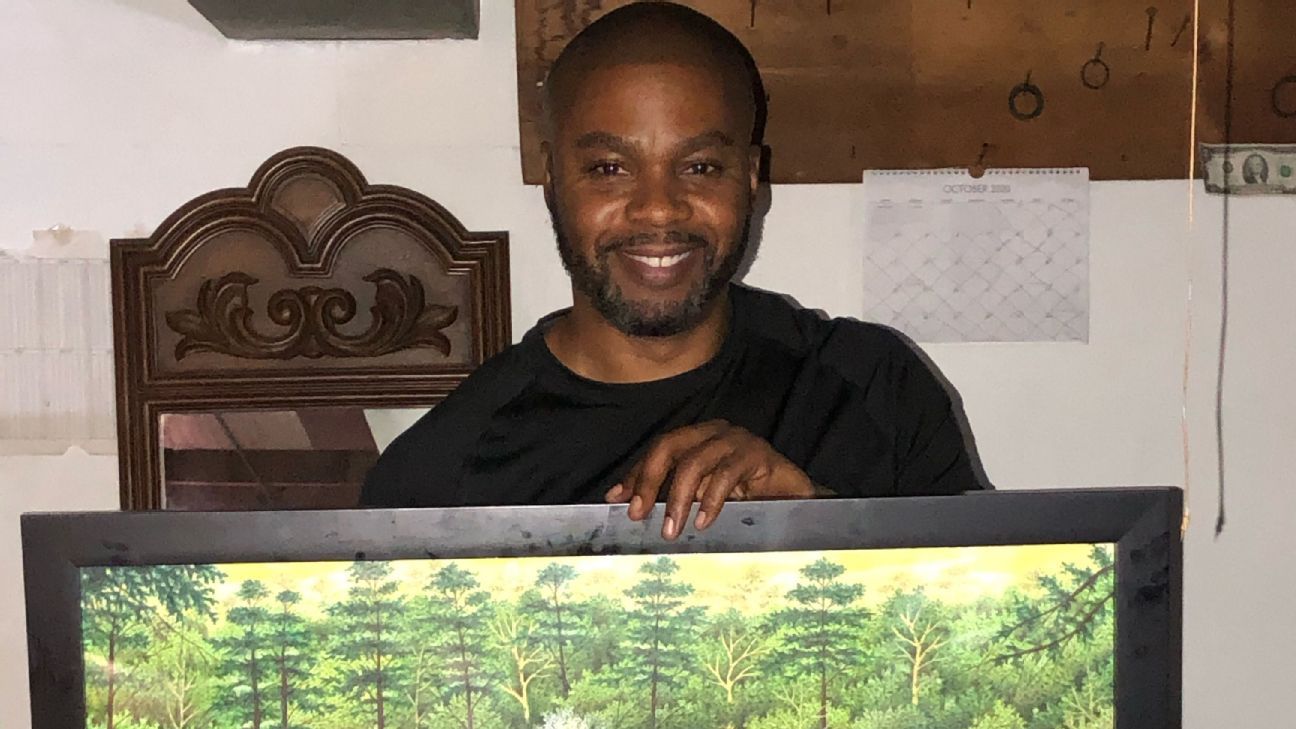 ORCHARD PARK, NY – While the Buffalo Bills have spent the past 25 years without hosting an NFL playoff game, Valentino Dixon has spent most of it in jail for a crime he didn’t commit.

Dixon, a big Bills fan, missed most of the team’s Super Bowl races in the 1990s and his last home playoff game, in 1996.

Bills running back Taiwan Jones makes sure Dixon won’t miss the next one.

Following the announcement of the Bills’ stadium opening for the first time this season, Jones offered Dixon tickets to the Bills game on Saturday against the Indianapolis Colts. This is the latest in a series of highlights in Dixon’s life since he was exonerated and released from prison in 2018 after serving 27 years at Attica Correctional Center in New York City.

Raised on the east side of Buffalo, Dixon, 51, was arrested and convicted of murder in 1991 despite no physical evidence linking him to the crime. During his imprisonment, Dixon turned to art, drawing thousands of images of golf courses when he had never played the game, even having his story and his works published by Golf Digest.

A group of Georgetown University undergraduates made a documentary about Dixon’s wrongful conviction and imprisonment, which ultimately led to his exoneration.

Jones first learned of Dixon’s story at the start of the 2020 season. He wanted to do something for him, but with New York State and Erie County COVID-19 protocols limiting with businesses open for most of the year, it was difficult for him to know exactly how to reach him.

“I was already pretty moved with everything that was going on in the world,” Jones said. “I was in contact with different organizations within Buffalo to see what I could do to make a difference. When I first read his story, man, it was touching and heartbreaking. I really wanted to do something for him.

The Bills special teams mainstay got in touch with Dixon and said he was blown away by the attitude of a man who had every reason to be mad at the world.

“When he called, it was like talking to an old friend. Our conversation was really genuine,” Jones said. “I think what stood out the most was that he didn’t have any hard feelings with him. He seemed to be really happy with the current situation in his life. I was so amazed to see where he was emotionally and mentally.

“He definitely showed a lot of character of who he is, because he’s just a happy guy. He didn’t know me or what I was going to do for him and he had so much enthusiasm. I was happy to be able to do it. do something to make him happy. “

Jones, 32, shared the contents of their conversation with his teammates, including 27-year-old wide receiver Stefon Diggs, who, like Jones, struggled to understand spending so much time behind bars for a crime as he did. had not committed.

Dixon told ESPN he “refused” to be broken by his time in prison.

“I had to stay like this – I mean, I was born like this,” Dixon told ESPN. “The prison was designed to break my spirit, and I refused to allow that to happen. It was I who encouraged everyone to keep holding on to it.

In prison, Dixon’s love for the Bills never wavered, nor his passion for football. He said he played wide receiver in the Attica football league for 20 years, winning five championships.

He said those connections to the game made it “a dream come true” to hear Jones.

“In jail there are only a few of us who are really good, so I had my way,” Dixon told ESPN. “I’m just telling them to throw it away, I’ll run under it and get it.” I usually leave guys 5-10 yards back – at 41 [years old], I was always the fastest on this team. I was the Jerry Rice of that league. “

Saturday’s game will mark the Dixon Bills’ second game, the first being a preseason game when he was 11. As a downtown kid, Dixon called the experience “something you will never forget” and held onto for the past 40 years. .

This game will be unique, as the Bills only allow 6,772 fans in the nearly 71,000-seat stadium. It won’t be the full game day experience, but as Dixon said, “anything is better than a 6 by 8 cell.”

“This team here, I know they can beat anyone,” he said. “They could have beaten anyone last year, but they just weren’t ready – the time is right. And I have no doubt that a Super Bowl is coming to Buffalo, if not this year then the three next years.

“If we can play hard, there isn’t a team on this planet that can beat Buffalo.”