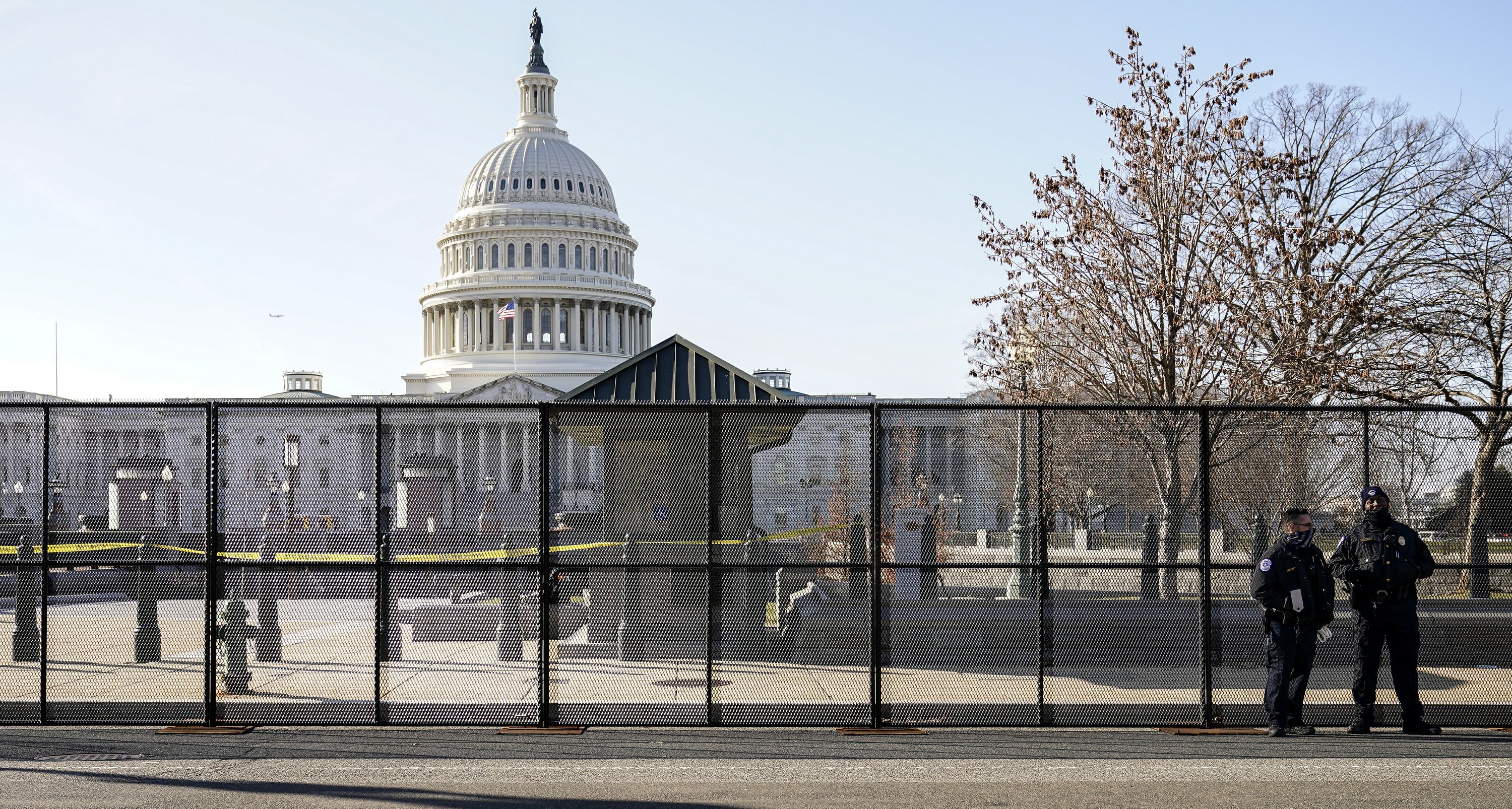 WASHINGTON (AP) – Three days before the riots by supporters of President Donald Trump on Capitol Hill, the Pentagon asked the US Capitol Police if he needed the National Guard. And as the crowd descended on the building On Wednesday, Justice Department officials reached out to suggest FBI agents. Police turned them down on both occasions, according to senior defense officials and two people familiar with the matter.

Despite numerous warnings of a possible insurgency and sufficient resources and time to prepare, Capitol Police only planned one free speech demonstration.

MORE ABOUT US CAPITOL SIEGE

Still stinging with the outcry over the backlash by law enforcement to last June’s protests near the White House, officials were also determined to avoid any appearance of the federal government deploying active duty or National Guard troops. against the Americans.

The result is that the U.S. Capitol was overrun on Wednesday and officers of a law enforcement agency with a large operating budget and experience in high-security events protecting lawmakers were overwhelmed by the world. Four protesters died, including one inside the building. A Capitol policeman died Thursday after being injured in Wednesday’s melee. 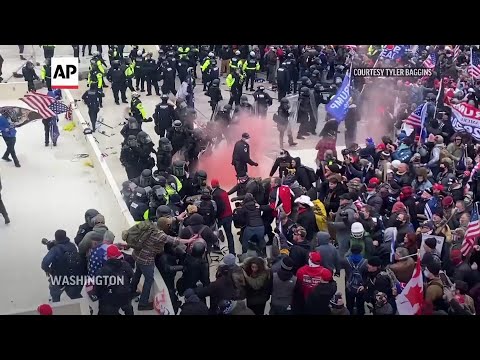 The riots and the loss of control raised serious questions about security on Capitol Hill for future events. The day’s actions also raise troubling concerns over the treatment of Trump supporters, mostly white, who were allowed to roam the building for hours, while black and brown protesters who demonstrated last year for the Police brutality faced more robust and aggressive police departments.

“It was a failure of the imagination, a failure of leadership,” said Houston Police Chief Art Acevedo, whose department responded to several large protests last year following the death of George Floyd. “The Capitol Police have to do better and I don’t see how we can get around that.”

Acevedo said he attended events on the Capitol grounds to honor the slain police who had taller fences and a stronger security presence than he saw on video on Wednesday.

Secretary of the Army Ryan McCarthy said as the riots continued it had become clear that Capitol Police were overrun. But he said there was no contingency planning made in advance for what the forces might do in the event of a problem on Capitol Hill because Defense Department help was denied. “They have to ask us, the demand has to come to us,” McCarthy said.

“There has been a failure of leadership at the top,” said House Speaker Nancy Pelosi.

The U.S. Capitol had been closed to the public since March due to the COVID-19 pandemic, which has now killed more than 360,000 people in the U.S. But normally the building is open to the public and lawmakers are proud of their availability for their constituents. .

It is not known how many officers were on duty as of Wednesday, but the complex is guarded by a total of 2,300 officers on 16 acres of land who protect the 435 House officials, 100 U.S. senators and their staff. By comparison, the city of Minneapolis has about 840 uniformed officers who oversee a population of 425,000 in an area of ​​6,000 acres.

There were signs for weeks that violence could strike on Jan.6, when Congress convened for a joint session to finish counting Electoral College votes that would confirm Democrat Joe Biden won the presidential election. .

On far-right bulletin boards and in pro-Trump circles, plans were being made.

The leader of the far-right extremist group Proud Boys was arrested this week arriving in the nation’s capital for weapons for carrying empty, high-capacity magazines bearing their logo. He admitted to police he made statements about the riots in Washington, local officials said.

Acevedo and Ed Davis, a former Boston police commissioner who led the department during the 2013 Boston Marathon bombing, said they did not criticize the responses of clearly outclassed frontline officers, but pre-riot planning and leadership.

“Was there such a good structural feeling, this is a bunch of conservatives, they’re not going to do anything like that?” Most likely, ”Davis said. “This is where the racial component of it all comes into play in my mind. Was there a lack of urgency or the feeling that it could never happen with this crowd? Is it possible? Absolutely.”

Trump and his allies were perhaps the biggest megaphones, encouraging protesters to come out in force and back his false claim that the election was stolen from him. He encouraged them at a rally shortly before they marched to the Capitol and revolted. His personal attorney Rudy Giuliani, a former New York mayor known for his tough stance on crime, has called for a “fight trial.”

McCarthy said intelligence estimates of the potential crowd size in the run-up to the protests “were ubiquitous,” from a low of 2,000 to 80,000.

The Capitol police had therefore not set up any hard perimeter around the Capitol. Officers were focused on a side where lawmakers were entering to vote to certify Biden’s victory.

Barricades were set up in the square in front of the building, but police withdrew from the line and crowds of people broke in. Lawmakers, initially ignoring the security breach, continued their debate. Soon they were curling up under chairs. Eventually, they were escorted from the House and the Senate. Journalists were left alone in rooms for hours as crowds tried to break into barricaded rooms.

Sund, the Capitol Police chief, said he expected a demonstration of “First Amendment activities” which instead turned into a “violent attack.” But Gus Papathanasiou, head of the Capitol Police Union, said planning failures had left officers exposed without support or equipment against a mob of rioters.

The Justice Department, FBI and other agencies began monitoring hotels, thefts and social media for weeks and expected large crowds. Mayor Muriel Bowser had warned of impending violence for weeks and businesses had closed early. She enlisted the National Guard’s help at the Pentagon on Dec.31, but Capitol Police turned down the Defense Department’s Jan.3 offer, according to Kenneth Rapuano, assistant secretary of defense for Homeland Security.

“We asked more than once and the final feedback we got on Sunday 3 was that they would not ask for help from the DOD,” he said.

The Justice Department’s offer for FBI support as protesters turned violent was turned down by Capitol Police, according to the two people familiar with the matter. They were not allowed to discuss the matter publicly and spoke on condition of anonymity.

By then it was too late.

Agents from the Metropolitan Police Department descended. Agents from nearly all Justice Department agencies, including the FBI, were called. It was the same for the secret services and the federal protection service. The Bureau of Alcohol, Tobacco, Firearms and Explosives sent two tactical teams. Police from as far away as New Jersey have arrived to help.

It took four hours to evict the protesters from the Capitol complex. By that time, they had walked through halls of Congress, posed for photos inside sacred halls, smashed doors, destroyed property, and took pictures of themselves doing so. Only 13 were arrested at the time; scores were later stopped.

In the process, a 7-foot fence will climb around Capitol Park for at least 30 days. Capitol Police will conduct a review of the carnage, as well as its planning and policies. Lawmakers plan to investigate how authorities handled the riots.

Acting U.S. attorney in the District of Columbia, Michael Sherwin, said that not arresting more people makes their jobs harder.

“Listen, now we have to go through the cell site orders, collect video footage to try to identify the people, then charge them, then try to carry out their arrest. So that made it difficult, but I can’t explain why these people were not tied up as they left the building by the Capitol Police.