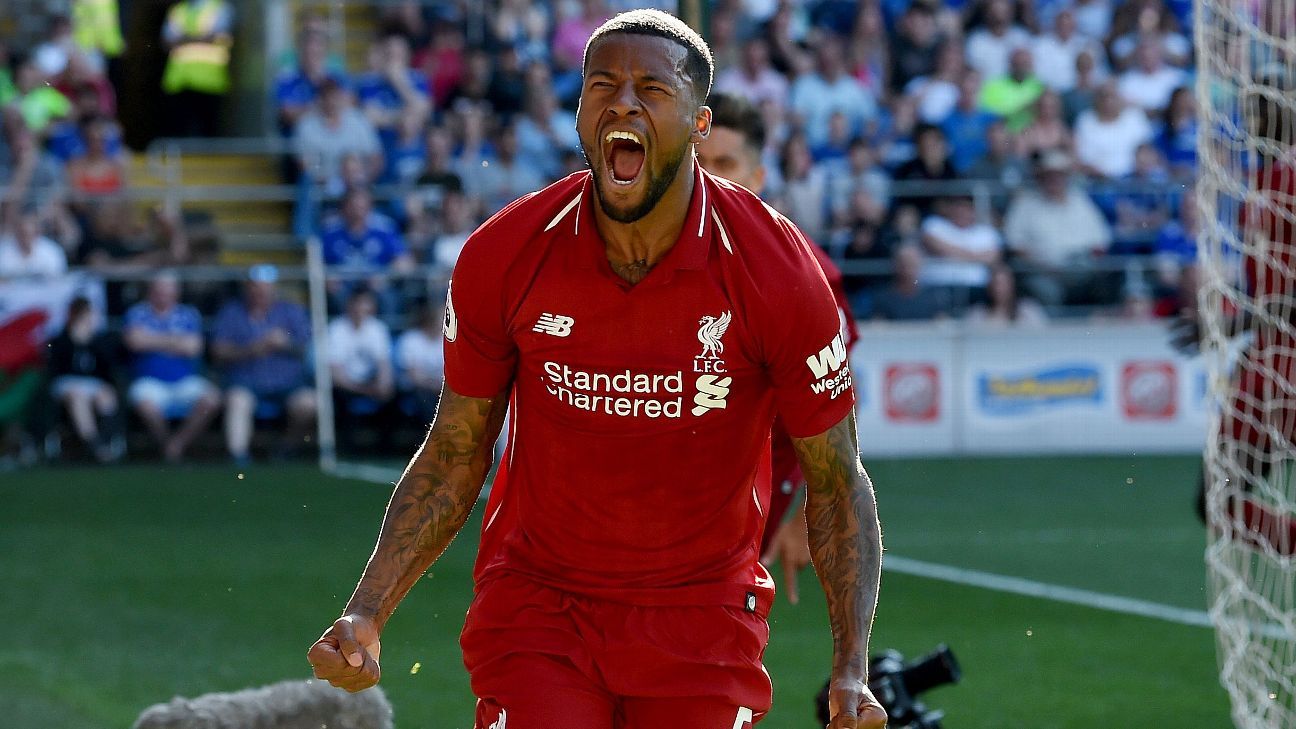 Liverpool came back to the top with a 2-0 win against Cardiff City, threatened by relegation, thanks to Georginio Wijnaldum's goals and a penalty kick from James Milner.

Jurgen Klopp's men got the better of the first 45 minutes but could not get out of the stalemate.

Roberto Firmino, in particular, was found to have been the victim of a face-to-face encounter with Cardiff guard Neil Etheridge.

Cardiff, whose mid-week win over the relegation rivals Brighton had given them real hope of survival, seemed determined to turn the tide and claim a valuable point by creating a few half-chances from the start.

However, Liverpool goalkeeper Alisson was rarely threatened and visitors came out much stronger in the second half – and their pressure was finally announced at the start of the match in 57 minutes.

The decisive corner of Trent Alexander-Arnold fell on Wijnaldum, who scored an effort in the corner.

Cardiff defender Sean Morrison should have scored a setback when he completely missed a header when he saw an open goal as the ball hit him in the back.

Morrison's day was deteriorating when he conceded a penalty 10 minutes from the end for getting mixed up with Salah and that Milner was not deceived.

"We were ready to have the skin of a banana and we knew it, the boys were amazing," Klopp said. "It was clear, difficult for all of us.

"The boys are really trying with everything that they have, we are only talking about what we need to do, their attitude is remarkable and it is a difficult but also very positive season."

Liverpool returns to the top of the Premier League with Manchester City, which is two points behind its British rival Wednesday to play his game in hand.

Cardiff remains in the drop zone, three points behind Brighton, who has a late match.