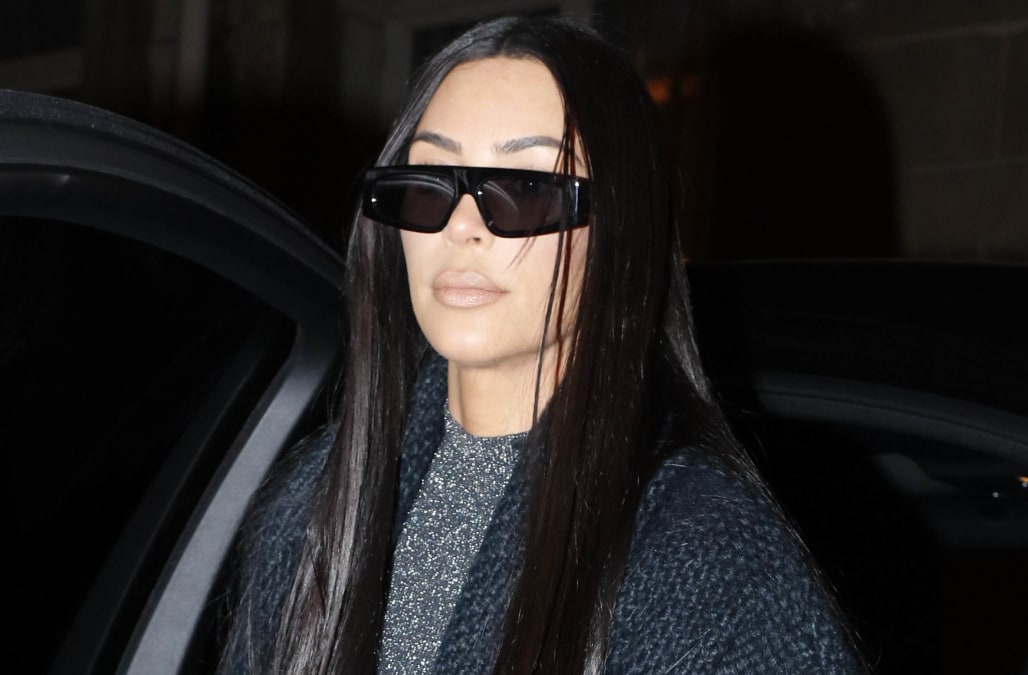 Two and a half years after KKW Beauty's founder's flight, Kardashian has appeared several times in Paris this week with several outstanding ensembles. We can not choose any favorite between the fine and sparkling body combination that she has cradled and the snakeskin ensemble that she wears from head to toe.

It was his second Paris release of the year, after a highly publicized trip to Paris Fashion Week last month.

Also out and about this week? Julia Louis-Dreyfus, who looks radiant to promote the last season of her HBO tube, "Veep"; Jordyn Woods, who continues to come back in the spotlight following Tristan Thompson's cheating scandal; Rita Ora, who is pushing her new single, "Only Want You"; and Lindsay Lohan, who ate an exclusive dinner at the Polo Bar with her mother and sister.

See the best celebrity sightings of the week below:

Kim Kardashian was photographed leaving her hotel in Paris while she was wearing a transparent and shimmery body on Monday night.

Aliana Lohan, Lindsay Lohan and Dina Lohan were seen leaving the Polo Bar on the Upper East Side on Monday night.

Julia Louis-Dreyfus was radiant in yellow and black for her appearance in "Good Morning America" ​​on Monday to promote the last season of her HBO series success, "Veep".

Jordyn Woods came out Monday night in a monochrome look for a party while she continues to come back in the limelight as a result of Tristan Thompson's cheating scandal.

Rita Ora made sure you could not miss her in a brightly colored outfit from TriBeCa on Monday.

Constance Wu was seen filming the movie "Hustlers" in Manhattan on Monday.

Kim Kardashian shook snakeskin from head to toe at Hermes in Paris on Monday.

Regina Hall smiled when she arrived on the set of "Jimmy Kimmel Live" in Los Angeles on Monday.

Helen Mirren got a makeover after landing at LAX on Monday.

Hilary Duff and Miriam Shor were arrested in the act of filming "Younger" Monday night in New York.

Presidential candidate Elizabeth Warren, wearing a Starbucks veil, greeted the audience as she traveled to New York on Monday.

Bella Thorne was elegant in a glittering dress for an event in New York on Monday.

Nicky Hilton Rothschild was seen shopping at NoHo on Monday.

Rita Ora was released Monday in a metallic silver and petal sheepskin coat and a pink and black rosewood and crepe de Chine skirt from the Michael Soors Transeason 2019 collection on Monday at SoHo.

Keri Russell was classy while she was going out for an appearance in "Good Morning America" ​​Monday morning in New York.

Jessie J proudly posing in a bikini and calling her cellulite

We buy this scholarship in honor of Reese Witherspoon's birthday