Checking the facts regarding Trump's misleading claims about McCain, Tanks and G.D.P. Growth 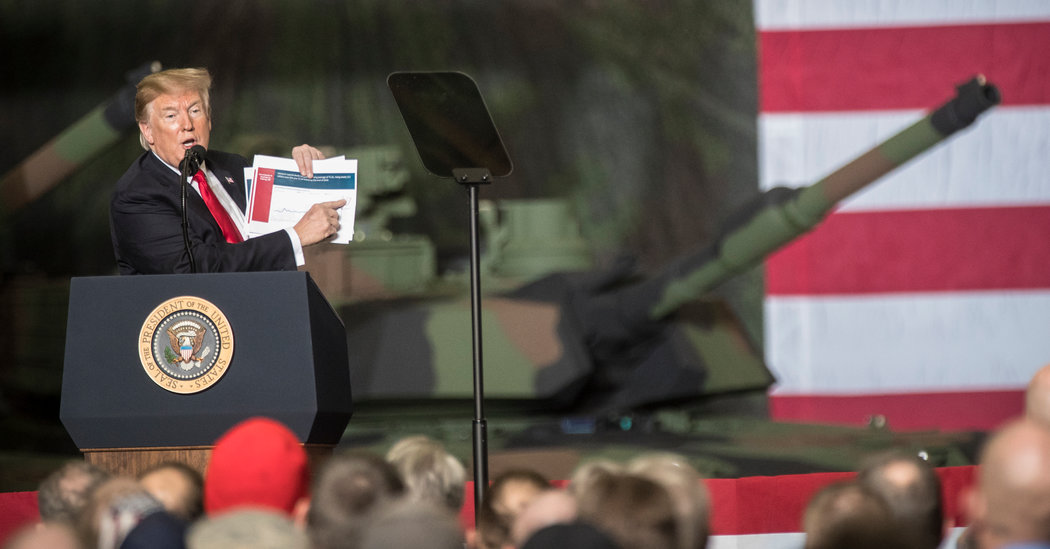 "I gave him the kind of funeral he wanted, which had to be approved as president. I do not care about that. I did not have any "thank you". It's OK. "

Mr. Trump authorized aspects of Mr. McCain's funeral arrangements, namely, the use of military transportation, military porters, and band support. He also ordered that the flag be flown against a half-staff of the White House and other public buildings – under pressure from his own staff, veterans groups and lawmakers.

But the other elements of Mr. McCain's funeral did not rest with Mr. Trump. The senator was in the Capitol Rotunda, a decision approved by Congress, and his memorial service in Washington was held at the Washington National Cathedral.

"Four consecutive years – the number of US tanks budgeted for upgrades was zero. Does anyone remember it? Raise your hands. Zero. It was under your great President Obama. Our military readiness has declined and your workforce has been reduced by 60%. "

At the time under former President Barack Obama, funding for M-1 Abrams tanks, one of the Army's main battle tanks, manufactured at manufacturing plants in Lima, Ohio, has actually reached zero for a period of four years. True, during fiscal 2012, the Pentagon had planned to suspend the refurbishment of tanks for a few years, but Congress rejected those plans and allowed more than $ 500 million for modification or upgrading tanks. Mr. Obama's subsequent budgets and spending laws passed by Congress all included hundreds of millions of dollars in funding for tanks.

Mr Trump is free to boast about 3.1%. growth, but he is wrong when he says that it would be the first time in 14 years that G.D.P. growth exceeded 3% using the same measure. More recently, this occurred in the second and third quarters of 2015, with increases of 3.8 and 3.4%.