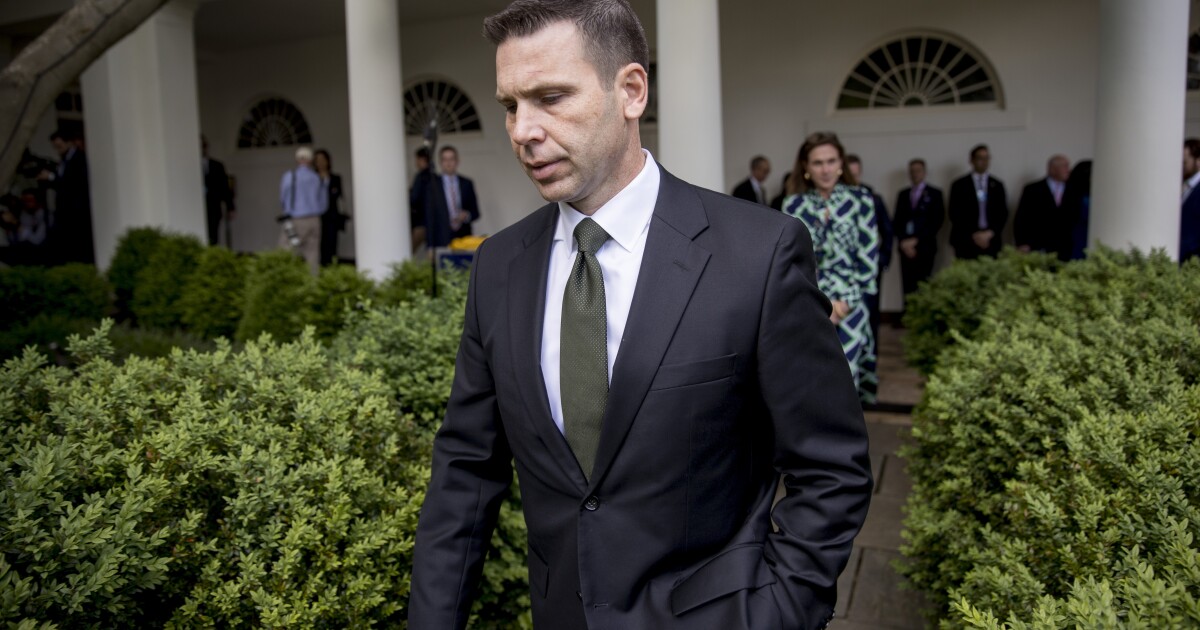 Acting Secretary of Homeland Security Kevin McAleenan denied reports that he threatened to resign if he did not have more authority over his agency after a conflict with the US. White House advisor Stephen Miller.

The Washington Post reported Saturday that McAleenan was upset after Miller attempted to dictate hiring at the agency and that a "power struggle" had followed.

McAleenan was asked Sunday on CBS "Face the Nation" if he had threatened to leave. "No," he replied, adding that he planned to run the department for as long as he could.

But he refused to discuss whether he had fought with Miller, who is known to be an immigration extremist.

"Listen, I will not talk about rumors or alleged internal conversations," McAleenan said.

President Trump has named McAleenan head of Homeland Security after Kirstjen Nielsen was ousted as secretary last month at Miller's request. Other senior officials, including Acting Director of Immigration and Customs, Ron Vitiello, were removed from office at Miller's insistence.

Nielsen and Vitiello challenged Miller's proposal to carry out mass arrests in 10 cities of migrant parents and children eligible for deportation.