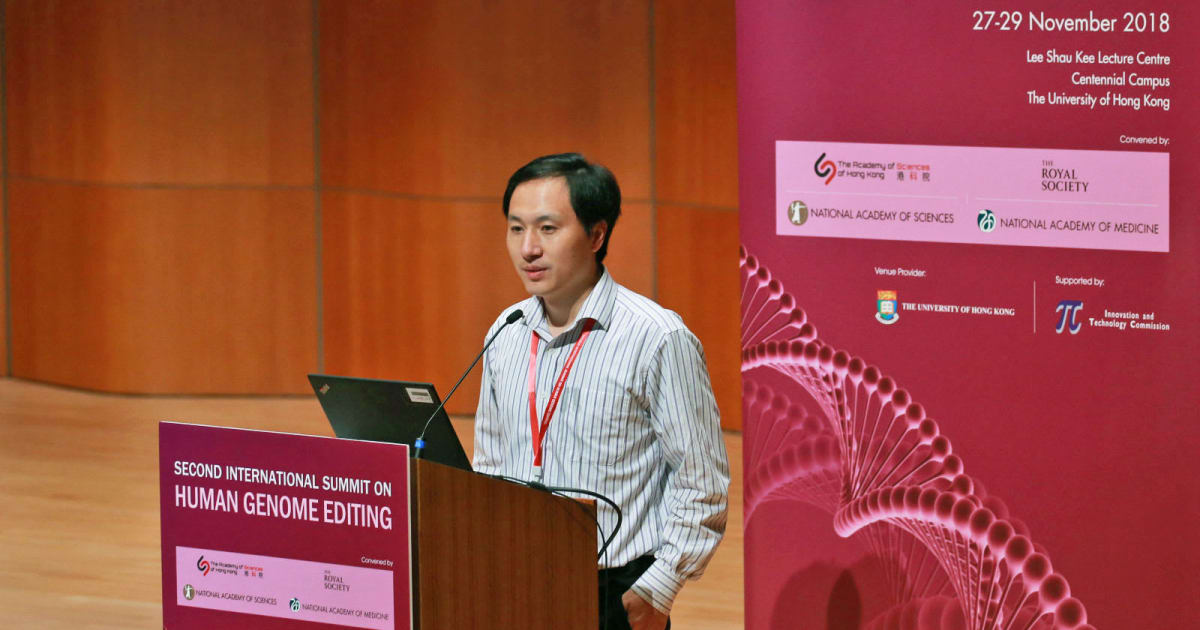 China's deputy minister of science and technology, Xu Nanping, told the official media Video surveillance that the government was opposed to what he had done and had declared that an investigation would soon be opened. Xu said his work "has crossed the line of morality and ethics to which the academic community adheres and was shocking and unacceptable".

He spoke at a conference this week in Hong Kong, providing insight – and so far only – about the consequences of his experience. But the AP He has since left Hong Kong, stating through a spokesman, "I will stay in China, my home country, and I will cooperate fully with any requests regarding my work." raw data will be made available to third parties. " He has not yet published his work or shared his data, thus contributing to the concerns shared by the entire scientific community.

What he shared at the Hong Kong conference has led some to question the success and safety of his experience, although it's hard to really determine what's going on. passed or how it worked without a full set of data from He.

The organizing committee of the conference issued a statement on this subject, calling for the creation of a forum on this type of research and encouraging scientific groups to formulate guiding principles for its use. He also pointed out that its members believe that the modification of the germ line is still too risky to be achieved at this stage.

"At this summit, we heard an unexpected and deeply troubling assertion that human embryos had been edited and implanted, resulting in pregnancy and the birth of twins," the committee wrote about He's work. "We recommend an independent evaluation to verify this assertion and determine whether the alleged DNA changes have occurred." Even though the changes were verified, the procedure was irresponsible and did not comply with international standards. It includes in particular an insufficient medical indication, study protocol designed, a non-respect of the ethical standards in the protection of the well-being of the research subjects and a lack of transparency in the elaboration, the revision and conducting clinical procedures. "