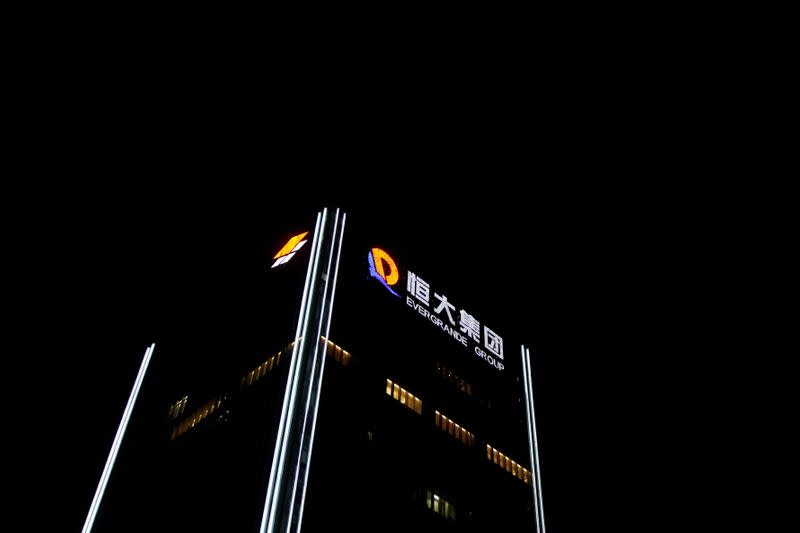 Expectations that Evergrande will make the semi-annual payments on its April 2022, April 2023 and April 2024 dollar notes due October 11 are slim as it prioritizes onshore creditors and remains silent on its dollar obligations.

This has left foreign investors worried about the risk of large losses at the end of the 30-day grace periods as the developer grapples with more than $ 300 billion in liabilities.

In the latest sign of liquidity stress facing Chinese developers, Modern Land (China) Co Ltd on Monday asked investors to push back the maturity date of a $ 250 million bond from October 25 to January 25 in part “to avoid any potential payment default.”

Modern Land’s April 2023 bond with a 9.8% coupon dipped more than 25% to 32.25 cents on the day, according to financial data provider Duration Finance, while the company’s shares fell by more than 2%.

“We believe this is due to global cash outflows. It is very rare to see minus 10 points… these IG grade bonds are generally liquid. And fundamentally, we are concerned that onshore mortgage management will severely affect cash flows. developers cash. “

In the equity markets, the Hang Seng Real Estate and Construction sub-index fell 0.4% against an increase of nearly 2% for the larger index.

Fantasia Group China Co, whose majority shareholder is Fantasia Holdings, announced on Monday that it will adjust the trading mechanism of its Shanghai-traded bonds following credit downgrades at China Chengxin International Credit Rating Co (CCXI), and said his parent company had formed an emergency group. to resolve liquidity issues.

“We believe that policymakers have zero tolerance for the emergence of systemic risk and aim to maintain a stable housing market, and political support could be provided if the deterioration in levels of property activity worsens,” said said Kenneth Ho, head of Asia credit strategy at Goldman Sachs. .

“Having said that, we also believe that policymakers don’t want too much stimulus, and their longer-term goal is to deleverage the real estate industry.”

Harbin, the capital of northeast Heilongjiang province, has become one of the first cities in China to announce measures to support real estate developers and their projects, which have been rocked by the Evergrande crisis.

The cash-strapped real estate developer’s contagion problems and concerns have sent shockwaves through global markets and the company has already missed payments on dollar bonds, with a combined value of $ 131 million, which were to be paid on September 23 and 29.

Advisors to offshore bondholders said on Friday they want greater transparency from Evergrande and are also asking for more information on its plans to sell some companies.

Trading in Evergrande shares, as well as its Evergrande Property Services Group unit, has been suspended since October 4 pending an announcement of a major deal.