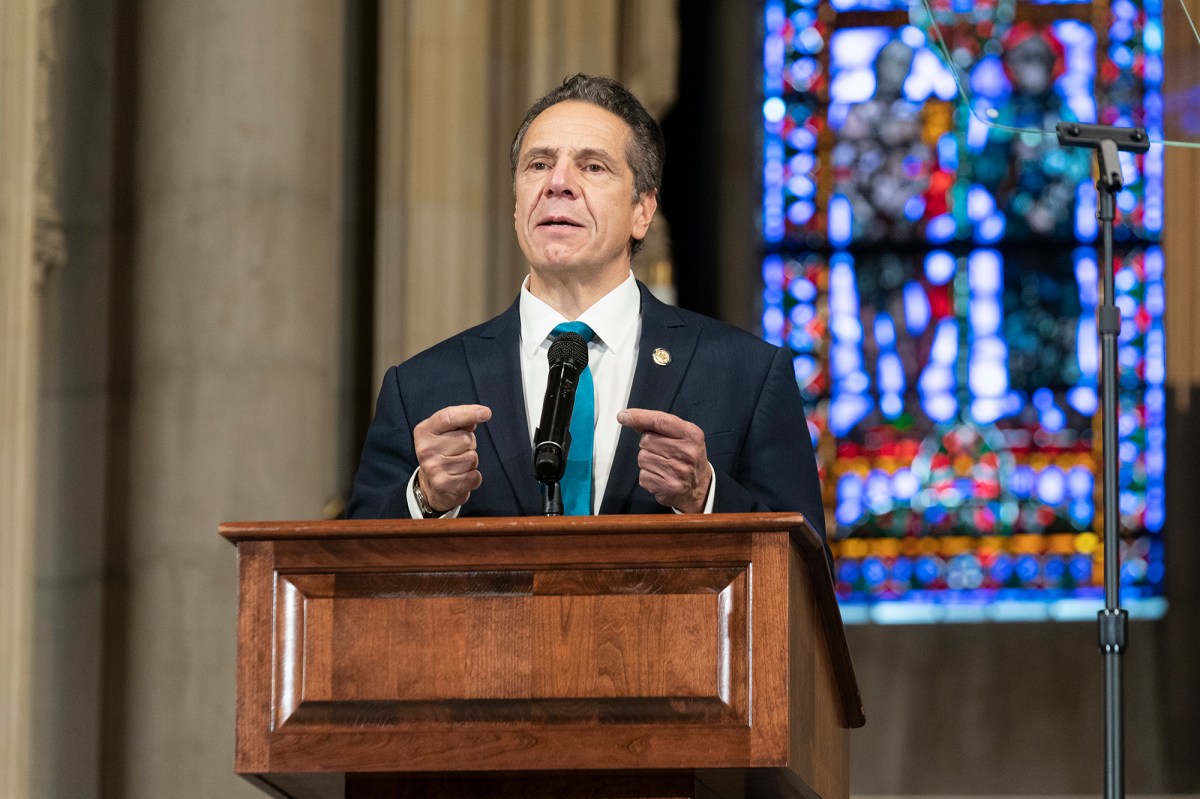 In decision 5-4, the court sided with the Roman Catholic Diocese of Brooklyn and Orthodox Jewish synagogues, which sued Cuomo over his restrictions on assembling at state-designated coronavirus hotspots, saying that his actions violated religious freedom.

Cuomo, in a Thanksgiving Day conference call with reporters, insisted the order was moot because the places of worship in question in the brief battle are no longer in the designated red and orange areas. in Brooklyn, Queens, so the restrictions no longer apply to them.

The security restriction to tame the pandemic has imposed attendance limits in places of worship of 10 to 25 people, respectively. The plaintiffs argued that the restrictions violated their religious freedoms under the First Amendment and unfairly targeted them while businesses deemed essential, including grocery stores and take-out restaurants, were allowed to operate.

“The Supreme Court has made a decision. It’s more illustrative of the Supreme Court than anything else, ”Cuomo said, noting the court’s new conservative lean with President Trump’s addition of Justice Amy Coney Barrett.

In its ruling, the nation’s highest court said its decision to temporarily block Cuomo’s decree on ten and 25-person occupancy limits remained in effect pending further deliberations from the United States Court of Appeals. United States for the second circuit. They acknowledged that the ordinance closely relates to the areas in question, which are outdated.

Also in a larger context, the five majority justices have warned that they will not tolerate violations of the First Amendment right to freedom of religion – telegraphing what they could do in larger cases involving restrictions on religion. statewide on places of worship, for example.

“Members of this Court are not experts in public health, and we must respect the judgment of those with particular expertise and responsibility in this area. But even in the event of a pandemic, the Constitution cannot be put aside and forgotten, ”the judges said.

“The restrictions at issue here, by effectively preventing many from attending religious services, strike at the very heart of the First Amendment guarantee of religious freedom.

“There is no doubt that the contested restrictions, if implemented, will cause irreparable harm…. While only 10 people are admitted to each service, the vast majority of those who wish to attend mass on Sunday or services in a synagogue on Shabbat will be banned.

The judges noted that while worshipers can watch the services on television or remotely, it is not the same as personal presence. Catholics who watch Mass at home cannot receive Communion and there are important religious traditions in the Orthodox Jewish faith that require a personal presence, the majority said.

Critics of Cuomo’s pandemic restriction hailed the order as a victory for religious freedom.

“Power-hungry Democrats like Cuomo have used the pandemic as an excuse to target believers with sweeping restrictions. It has no scientific basis and the Supreme Court agrees, ”Republican House Leader Kevin McCarthy said.

“It’s a victory for religious freedom, and a reason to be grateful today!”

According to Nicole Malliotakis, elected member of Congress for Staten Island, “The Supreme Court decision last night is a victory for religious institutions, their congregations and all freedom-loving Americans.

“Governor Cuomo’s arbitrary restrictions not only violated our First Amendment rights, but did not take into account any capacity building or security protocols in place. It is fitting that the court ruling was made on the eve of Thanksgiving, a holiday founded by pilgrims who settled in North America in search of religious freedom. New Yorkers and all Americans have one more thing to be thankful for today.

Brooklyn City Councilor Kalman Yeger (D-Borough Park) responded in a tweet, “Thanks to @AgudahNews and @BrooklynDiocese for leading this important battle! On this #ThanksgivingDay, I am grateful that the US Constitution still protects New Yorkers. “