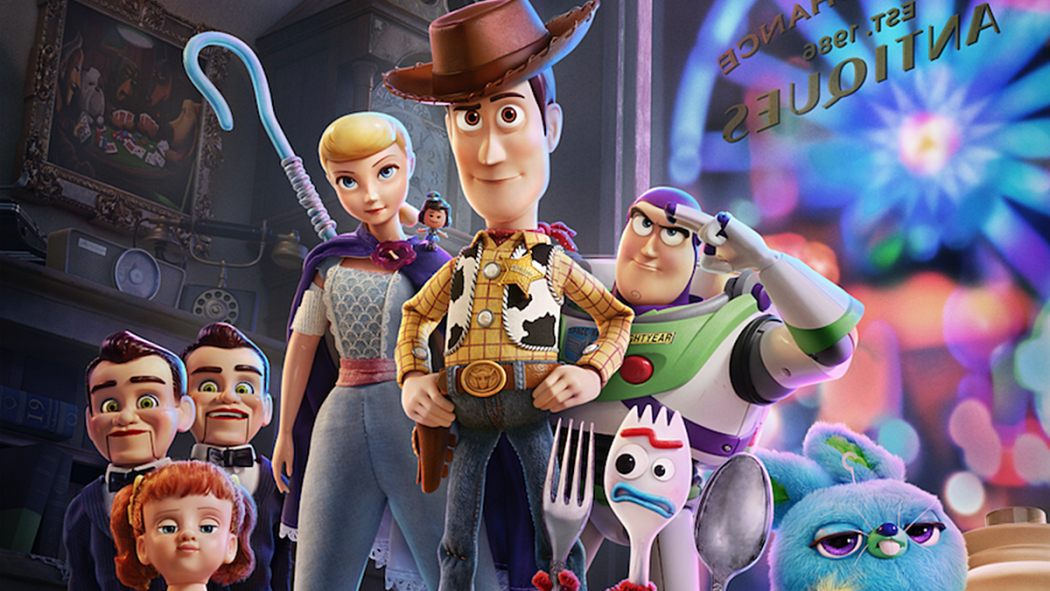 Interesting changes are coming to Pixar's most iconic characters.

Shortly after presenting a brand new sequence of Avengers: End of the game, today's Disney panel at CinemaCon unveiled another surprise: the first 17 minutes of Pixar Toy Story 4, directed to theaters in June. That's a pretty significant amount of footage to share, suggesting that Disney / Pixar feel very confident in the aftermath they've made.

The film opens on a flashback: Andy 's house, nine years ago. A storm is raging outside and, one way or another, another remote controlled car (that of a remote controlled car) was left outside in the rain. It is now likely to be swept away by the rising waters. Toys are grouped in classic Toy Story fashion to get him inside, via a complicated plan involving Slinky Dog, the Barrel of Monkeys and three Barbie dolls catapulting Bo Peep on a windowsill in Andy's sister's room. Just as Woody and the gang go inside with the RC now saved, Andy's parents enter and extract Bo Peep from the dresser, throwing her in a box.

A man arrived in a car and, through a surprising dialogue, we learn that he picks up some unwanted toys from Molly to take home to his own child. Woody also surprises this and immediately goes out to try to prevent Bo Peep from being … well, toynapped. The man returns to his car with the box, realizes that he has forgotten something and, when he walks to the front porch, Woody opens the box and tells Bo Peep and his sheep that he came to save them. Interestingly, Bo Peep tells Woody that she does not want to be saved, saying something like, "It's time to move on to another child." Woody's trembling to hear that, but let her go.

The title of the film appears on the screen, and then a brief montage follows: Andy plays in the yard with Woody and Buzz Lightyear, the years flowing as he scours the scene with them. Finally, we come to the scene that is over Toy Story 3Andy handing Woody over to a new girl, Cindy, and we're back now. It's Cindy's orientation day for kindergarten, and Woody is hiding in her backpack to accompany her in a day that, in her opinion, will be very stressful. Upon arrival at kindergarten, Cindy is given a craft project, and another child throws half of her supplies in the trash (tail). Woody sneaks up and saves some of the trash – a pipe cleaner, a spork, a popsicle stick, wide-eyed – and puts them on Cindy's table. In no time, she creates a new toy named Forky, which looks like this: Once the orientation is over, Cindy places Forky in her backpack next to Woody and returns home. It's here that Woody discovers that Forky is alive, shocking both Woody and Forky. Back in Cindy's room, Woody presents Forky to the rest of the toys. All have many questions about this neurotic fork that (at first, anyway) can only talk about his desire to go back in the trash. It is here that the images have ended.

Some notes: these images were marked by moments of true melancholy (Cindy being swallowed his provisions, Bo Peep announcing his desire to move to another household) and something that seemed a little dangerous (the scene where RC drowns almost in a current of water seemed scary, although I would have trouble explaining why after a single viewing). What's up with the flashback that opens the movie? Where is Bo Peep now? How will Forky adapt to his new life as … living thing? How will he keep his eyes glued? I was a little ambivalent about the idea of ​​a fourth Toy Story movie, but I'll admit that these images even make me very curious to know where all this is going on.

Do you have theories? Ring below and know that Toy Story 4 will be released June 21st.