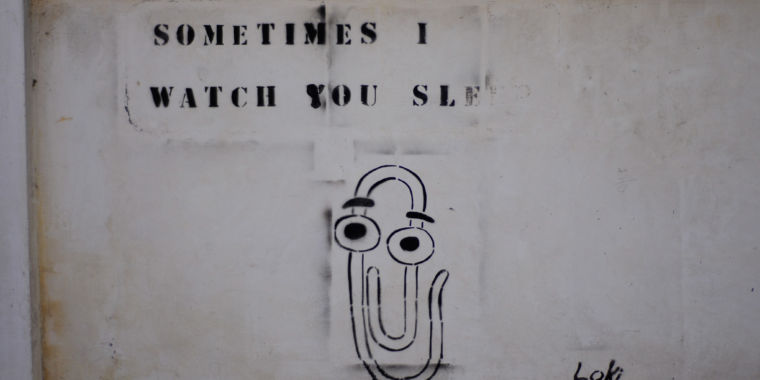 On the official GitHub repository of Microsoft Office (which contains, alas, not the source code of Office but a lot of content intended for developers for software that extends Office), Clippy, highly appreciated (?), Has made a brief appearance with the publication of a Clippy sticker pack. for Microsoft teams. Team users can import the stickers and use them to add pictures of a talking clip to their conversations.

The synergy between the two seems obvious. With its various machine learning services and its bot development framework, Microsoft finally has the technology to make Clippy the wizard we've always wanted it to be: a Clippy to whom we can ask questions in natural language, who to talk to and what do we respond to, who can recognize us from sight and greet us while we sit at work. Team, an interface that is both conversational and textual, is the perfect place for a new Clippy compatible with all the buzzwords of the late twenties. Twenteens? It does not matter.

Clippy is, after all, much more expressive than Cortana. While Clippy and Cortana share a tendency to reshape their basic form to meet the needs of the task at hand – Clippy can warp into a question mark or envelope or other, and Cortana can stand aside from his usual circular shape – Clippy has a killer The advantage in that he has eyes, and especially eyebrows, allows a range of emotions such as disbelief and contempt pity that Cortana can only dream of.

But rather than capitalizing on this opportunity to introduce Clippy to a whole new generation of computer users, The Verge reports that the Microsoft Branding Police has done a rough run of the newly created trombone. The GitHub project has been erased from memory and erased from GitHub, depriving the world of everything that is good and happy. As you can imagine, Teams users are outraged by the assassination and demand the return of Clippy, but we fear that this is a curtain for the beloved mascot.