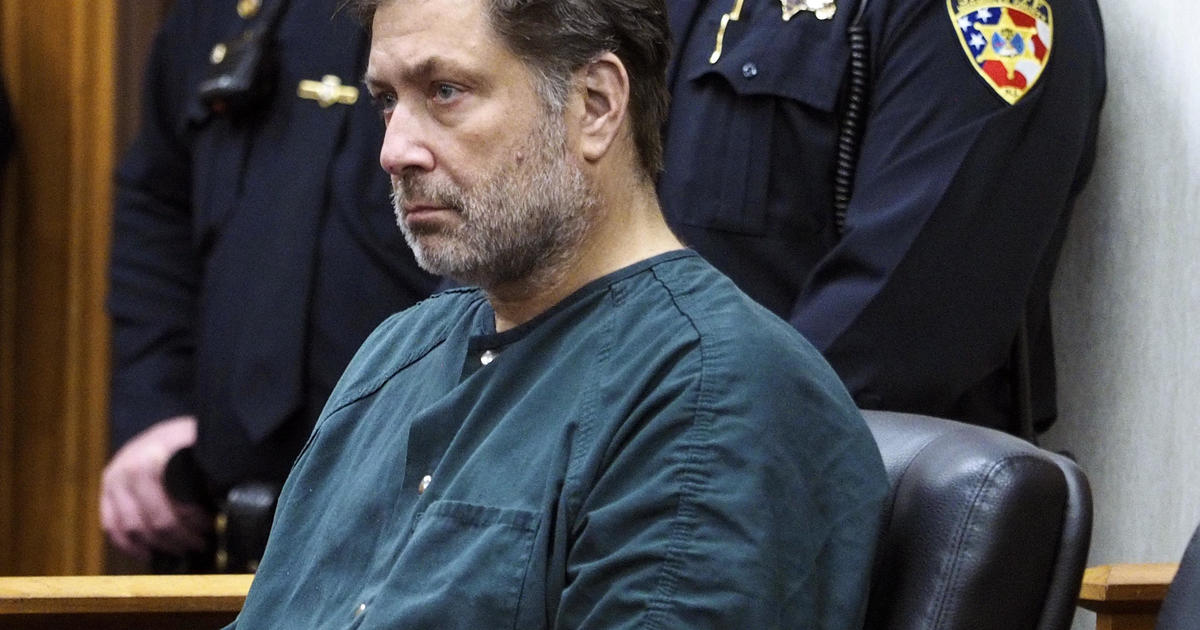 Freehold, N.J. – Suspected by his brother of missing the money from two companies they owned in New Jersey, Keith Caneiro sent an email to two partners last fall, in which he announced that he He was going to remove other payments to his brother, Paul.

The next day, Keith Caneiro, his wife, and their two young children were found dead in their burning home in New Jersey. Paul Caneiro was arrested for arson and other charges.

On Monday, the authorities revealed that unsealed judicial documents accused Paul Caneiro of murdering his brother, his sister-in-law, a niece and his nephew, detailing the evidence found that linked him to the murder, especially clothes and a knife stained with blood.

An indictment charges Paul Caneiro, 51, with murder, aggravated murder, arson and gun-related offenses. He is also accused of theft, misuse of the property entrusted and to prevent his own apprehension.

The charges stem from the death of 50-year-old Keith Caneiro; his wife, Jennifer, 45 years old; and their two young children. Their bodies were found after the fire that occurred at their home on November 20 at Colts Neck.

Paul Caneiro pleaded not guilty. His lawyers said that their client loved his family, had no reason to hurt them and was "wrongly accused". They announced their intention to make public a statement Monday about the indictment.

An affidavit filed by law enforcement officers in support of the charges shows that tensions are building between the two brothers, who jointly owned two businesses in Asbury Park.

The night before his assassination, Keith Caneiro sent an e-mail "to two associates stating that he was running out of money in the company and that he (Keith) would stop paying "to Paul's wife until the money is found, according to the affidavit. A company office official, who was not included in the court documents, told the investigators that because Paul Caniero had been disabled in a car accident, his salary was paid to his wife.

"The head of the office said that last year Keith told him to stop paying the defendant 's wife because of arguments with Paul about money," he said. ; affidavit.

Keith Caneiro owned 90% of Squareone Inc., a technology company, while his brother owned the remaining 10%. The two brothers were equally owners of a second company, EcoStar Pest Management, both located from a single office located in Asbury Park.

Keith Caneiro wanted to sell one of the companies and "was frustrated by Paul and by the amount of money Paul spent on their business accounts," according to the affidavit.

The police were dispatched to Keith Caneiro's home in New Jersey, the country of the horse, at 12:38 pm November 20, after a neighbor reported that the house was on fire.

The officers found Keith Caneiro's body on the lawn; he had been shot in the lower back and four times in the head.

Inside the house were the bodies of his wife Jennifer, their 11-year-old son Jesse, and their 8-year-old daughter Sophia. The children were stabbed repeatedly. their mother was hit and stabbed.

According to court documents, police officers who searched Paul Caneiro's home in nearby Ocean Township found in the basement a plastic container containing blood-stained clothing and a glove. in latex. According to police officers, her blood was then found to Sophia Caneiro and her DNA was found on a knife found at the scene of the crime.

In November, Caneiro's lawyers maintained the innocence of their accused.

"Paul Caneiro loved his brother, his sister-in-law as a sister, loved those children and would never do anything to hurt them," said defense lawyer Mitchell Ansell. "There is no reason on this earth for it to have hurt them."