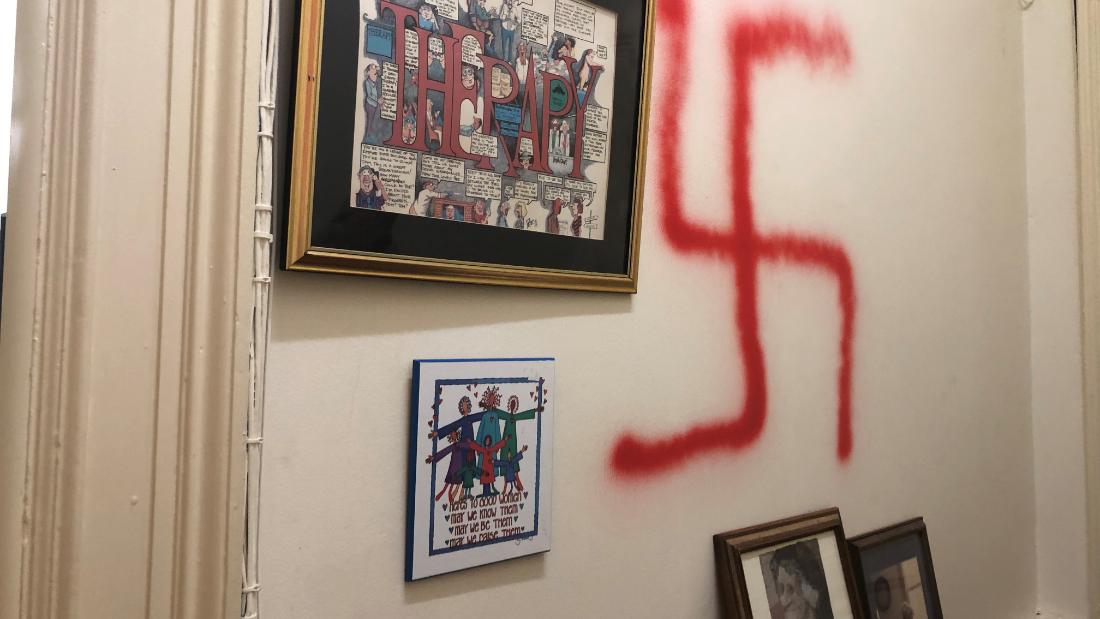 Professor Elizabeth Midlarsky, who is Jewish and has published various articles on the Holocaust, told CNN: "I opened the outer door and I almost fainted," when she saw the two bomb-painted red swastikas painted in red.

Midlarsky, who has been working at the University Teachers College for 28 years, reported the incident to safety and received support from his staff before being brought home by a pickup truck.

"I was so fragile that I was not sure I could do it," she said.

Thomas Bailey, president of Columbia & s Teachers College, said Wednesday in a statement: "We unequivocally condemn any expression of hate, which has no place in our society." We are outraged and horrified by this act of aggression and the use of this vile anti-Semitic symbol against a valued member of our community ". Bailey added that they were working with the police to find the author.

The incident, which was reported Wednesday, is not the first for Midlarsky who had a swastika spray painted on his office door in 2007.

Midlarsky told CNN that she had started receiving hate mail both by letter and email in 2007, which she said was related to her career as a Jewish activist. She then received a call from the Teachers College asking her not to come in because her office had been vandalized.

At the time, Susan Fuhrman, then president of Teachers College, joined Midlarsky at a student-run event. She said: "We stand alongside our students, who said" enough "to hate crimes and, in this case, to make a vicious swastika."

Midlarsky, 77, in poor health, says she is baffled by the latest vandalism.

"I did not do anything, nothing said," she said, adding that she considered the incident "related to a trend and an upsurge in anti-Semitism that we found these last years".

Midlarsky made reference to her grandson's 13-year-old Bar Mitzvah, which was held on the same day as the shooting at a Pittsburgh synagogue that killed 11 people.