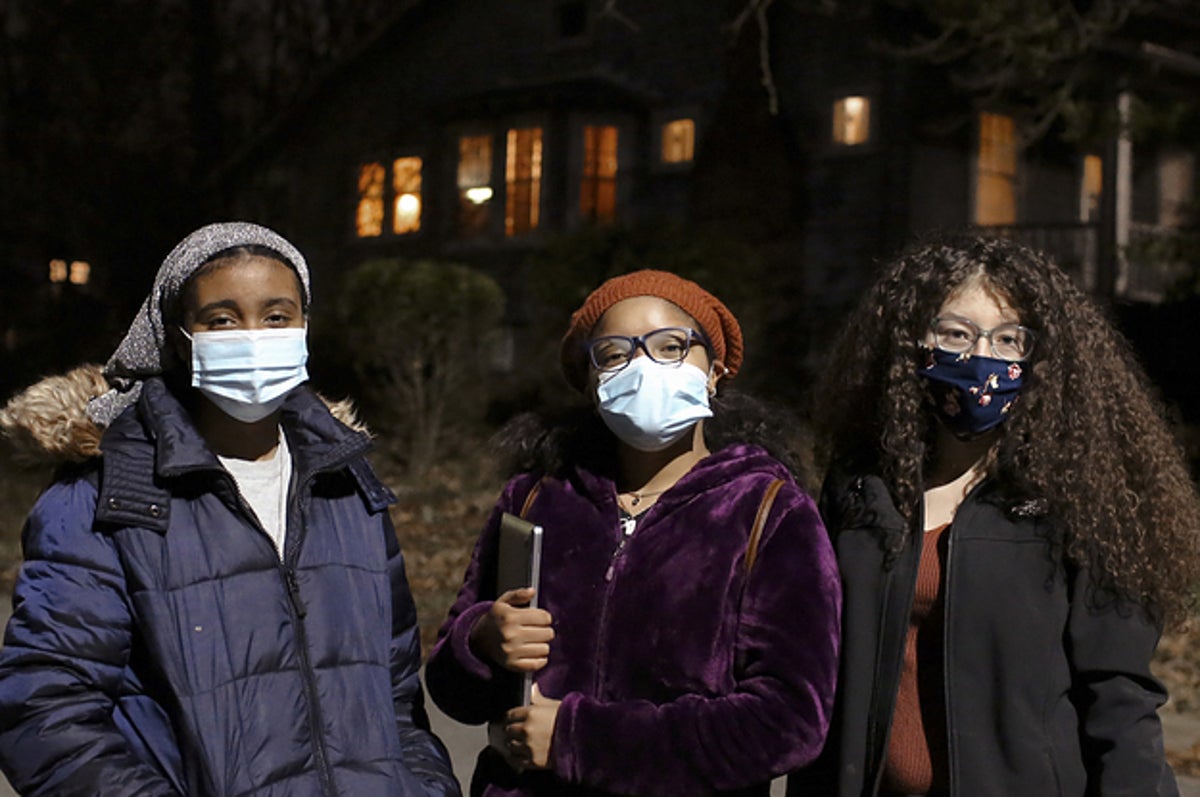 In a victory for student activists looking to bridge the digital divide, Comcast today announced it will speed up its low-cost Internet Essentials plan, which some families say was not fast enough to run. online learning.

Since the pandemic forced schools online last spring, students have argued that the speeds offered by Comcast at a discount to low-income households – download 25 megabits per second (Mbps) and upload 3 Mbps – n were not sufficient for distance learning, especially in homes with several people using the Internet at the same time. Comcast said it will increase those speeds to 50 Mbps and 5 Mbps, respectively.

While Comcast’s increase did not fully meet student demands, the teens were nonetheless in a festive mood at a press conference outside Baltimore City Hall on Tuesday afternoon.

“This news is very exciting for all of us,” said Aliyah Abid, one of the activists involved in organizing the Students for a Multicultural Open Society (SOMOS). “Like, jumping for joy, news guy.”

Kimberly Vasquez, a senior at Baltimore City College high school and lead organizer of SOMOS, agreed. “This speed increase means a lot to me because it means my sisters and I can hopefully access all of our classes simultaneously,” she said. “I have hope. It’s time. “

Comcast announced the news in a press release Tuesday morning. “To benefit from the increased Internet speeds, existing customers will not have to do anything,” the company said. “The new speeds will be rolled out nationwide starting March 1.”

In response to outcry from students and families, Comcast has repeatedly argued that the Essentials Internet speeds it has been offering since March 2020 met the Federal Communications Commission definition of broadband to broadband and should have been sufficient to several simultaneous videoconferences.

“This change is a recognition that Comcast recognizes and has most likely recognized from the start that its service was inadequate, and not enough for what people really needed,” Abid said at Tuesday’s press conference.

The students plan to continue to press Comcast for further changes, such as making public Wi-Fi hotspots completely free for all. Members of Baltimore City Council also said they would continue to try to eliminate Comcast’s near-monopoly in Baltimore and establish municipal broadband.

“Today, Comcast recognized what these students have been saying for months: Internet Essentials isn’t fast enough, and they need to do better,” said City Council member Zeke Cohen. “Let’s be clear: we will continue to fight to make the Internet a public service. We will push the FCC and the Biden administration to invest in this critical infrastructure and close the digital divide. “

FCC Acting Chairman Jessica Rosenworcel has publicly asked whether the current definition of broadband is fast enough to meet the needs of U.S. households, but the agency did not respond to requests for comment on its intention to change. its directives.

Sen. Chris Wyden, an Oregon Democrat, said Comcast’s speed increase was “a significant improvement over the status quo, but it still won’t do the job for families with more than one. child. He suggested that Comcast donate 5 Mbps per child in each household.

“It’s clear that the existing definition, especially for download speeds, is far from up to date,” Wyden told BuzzFeed News. “The FCC should update its definition regularly to reflect the realities of work, school, and commerce, especially as COVID-19 has accelerated trends toward virtual activities.”

Comcast’s move to boost Internet Essentials speeds comes as the company faces pressure from lawmakers over its plan to introduce a 1.2 terabyte cap on data usage for home Internet subscribers . When the cap is deployed, customers who exceed their limit will be charged $ 10 for 50 GB up to a limit of $ 100 for regular customers and $ 30 for Internet Essentials customers. Comcast said that only a small percentage of “super user customers” typically use such a “massive” amount of data, but larger households with multiple people streaming, video conferencing, and downloading games and videos could be found. exceeded this limit.

After members of Congress and state legislatures objected to the cap, which could result in costs for families who work and learn from home during the current COVID-19 crisis, Comcast decided to delay implementation . The company now says the new charges will not take effect until July 2021.

So far, the increased speeds of Internet Essentials are a big win for students who have spent hundreds of hours writing petitions, speaking at hearings, and holding press conferences. “There is a lot of work to be done,” Vasquez said. “But it’s a step in the right direction.”