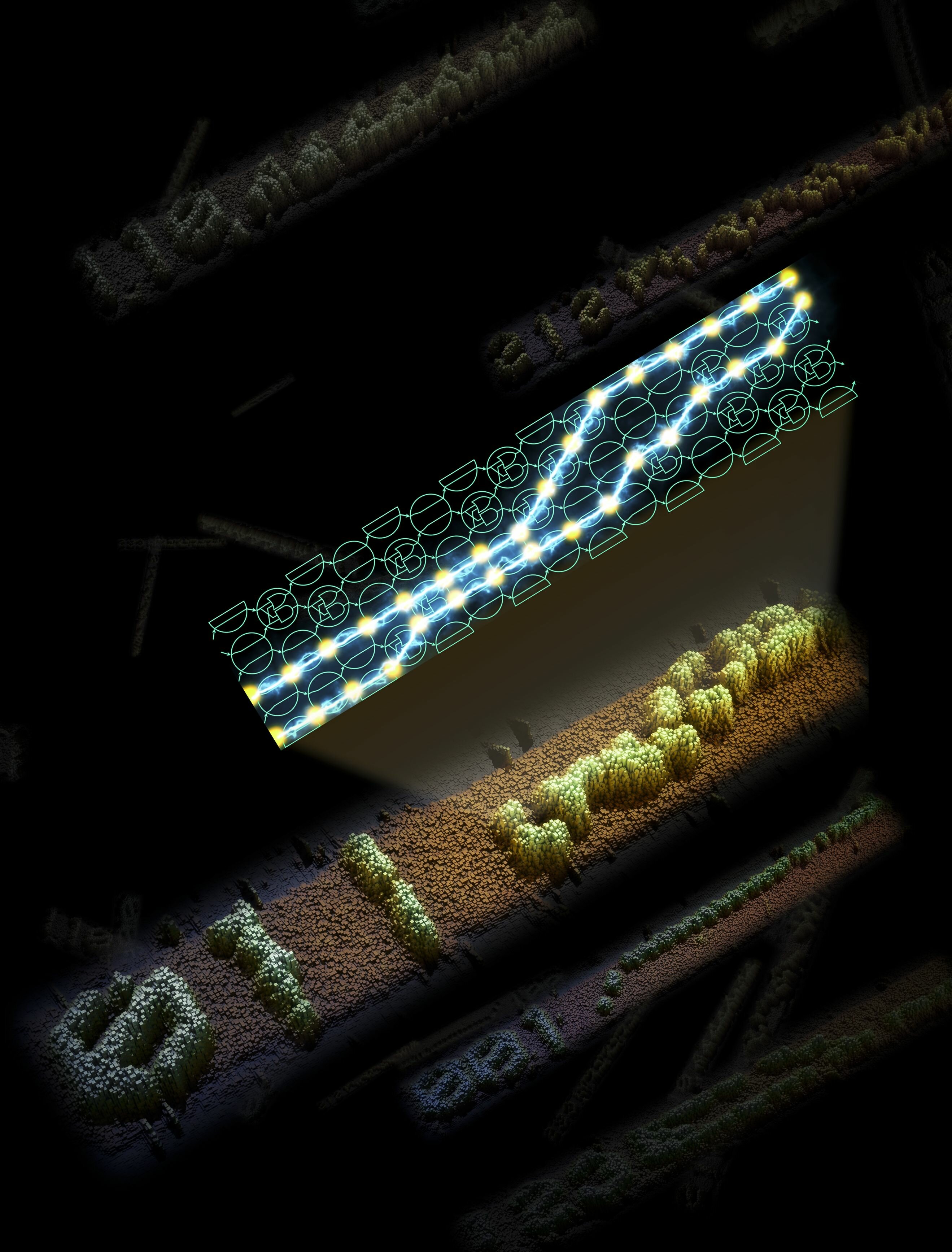 Computer scientists from the University of California, Davis, Maynooth University in Ireland, and the California Institute of Technology have created DNA molecules that can self-assemble into models, essentially running their own programs. . The work is published on March 21 in the journal Nature.

"The ultimate goal is to use computation to develop structures and enable more sophisticated molecular engineering," said David Doty, assistant professor of computer science at UC Davis and co-lead author of the paper.

The system is computer-like, but instead of using transistors and diodes, it uses molecules to represent a six-bit binary number (eg, 011001). The team has developed a variety of algorithms that can be calculated by the molecules.

"We were surprised by the versatility of the algorithms we could design, even though they were limited to six-bit inputs," said Doty. The researchers were able to design and run 21 algorithms during the experiments, demonstrating the potential of the system, he said.

Working initially as a postdoctoral fellow with Prof. Erik Winfree at Caltech, Doty and his co-lead author, Damien Woods, now at Maynooth University, have designed a library of short pieces, or tiles, that can be used to create a library. DNA. Each DNA tile is composed of 42 bases (A, C, G or T) divided into four domains of 10 to 11 bases. Each domain can represent a 1 or a 0 and can stick to some of the domains of other tiles. No two tiles are a complete match.

"Two" of the four domains on each mosaic are "entry" and two "exit". In an electronic diode, transistor or logic gate, a value of 0 or 1 at the input (or inputs) will give a known value at the output. Similarly, according to the tiles selected by the researchers to start their program, they could get a known result at the other end.

Starting with the original six input bits, the system adds the molecules line by line and progressively executes the algorithm. Instead of electricity flowing through the circuits, rows of strands of DNA glued together perform the calculation.

It's a bit like having a set of Lego bricks, some of which will stick spontaneously to other bricks. Select a set of bricks to start, shuffle them and watch them self-assemble into a structure.

The end result of the program is something like a knitted DNA scarf, made of tiles glued together according to a pattern defined by the original program. The results are read with an atomic force microscope, which detects a marker molecule attached to the DNA.

The team was able to demonstrate algorithms for various tasks, including counting exercises, random walks and drawing patterns such as zigzags, diamonds and a double helix in the DNA.

Doty and Woods started the work as theoretical informaticians. So they had to master some "wet lab" skills. In the future, molecular programming could work at a higher level, said Winfree. Current encoders do not need to understand the physics of transistors, for example.

At UC Davis, Doty is now working on the theoretical aspects of molecular programming. DNA is of particular interest because it represents both information in molecular form and it is relatively easy to work with, he said.

"It's a great gift that molecular biologists have given us to computer scientists," he said.

Video on the collapse of the Arecibo telescope | HYPEBEAST