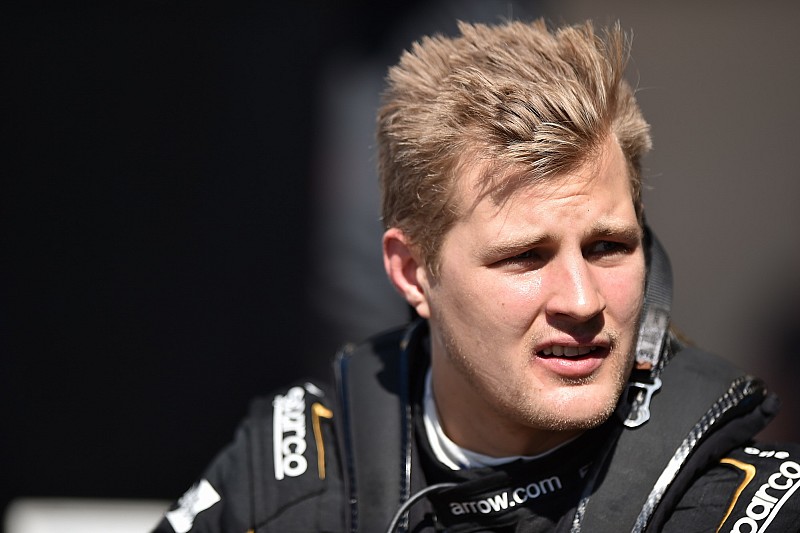 You have seemed determined and optimistic so far. Now that most of your tests are complete, are you still confident about your IndyCar prospects?

Yes, I still feel good about it. I felt the days at COTA [two days in IndyCar’s official Spring Training] I really started putting it on and I had good sessions. I really feel like I'm starting to understand the car and what you need. I arrive there.

It's different, it's a process, but as I told you in the Laguna test, I feel that I have really progressed. This is good.

Have you done long runs and tested your ability to service the Firestones for an entire relay?

Hmm … we did long runs, although I would not say we did a full relay simulation. But yes, we studied the degradation and it is sure that it is not as critical as in Formula 1, but there are still some tire savings at IndyCar, especially in the hottest races. Hopefully this will be one of my strengths – this is one of my strengths in Formula 1 – to keep the tires while going fast. I intend to bring this skill with me.

Do you already feel on the same page as your race engineer [Blair Perschbacher] carrying what the car does?

Yes, I feel that Blair and I have made good relationships, we understand each other more and more. There will always be a problem in the first two races, but I think it's a good start. He's a brilliant guy and he's been very busy, so it helps me too. I have the impression of understanding his operation and he also understands me. This will be crucial for a solid end result.

I would say yes. All the first sector, with these combinations of fast turns, is still very fast and it is so easy to get lost. You screw up one of those 10 bends and the rest is scrambled – like in Formula 1. You really have to get into the rhythm of this section.

I feel that the 12/13/14 turns are another critical element of COTA. It's very tight, technical and slow, but it can make you lose or lose a lot of time.

It's a difficult but fun track, and it's really a joy to drive in both cars.

You now have experience with F1 brakes and IndyCar brakes. Do you think the longer braking zones in IndyCar produce more overtaking opportunities – at COTA and IndyCar in general?

One hundred percent. I think that in Formula 1, in recent years, cars have been so extreme in support of the ground that braking areas are so short now and that it will always be difficult to overtake. This is one of the great benefits of IndyCar: the cars are quite light on the supports and that means that the braking zones are much longer.

I believe the IndyCar race at COTA [the IndyCar Classic, March 22-24] will be really, really good. This is already one of the best tracks to go into Formula 1, so I imagine that with IndyCar it will be great for fans, there will be a lot of wheel to wheel.

Although the brakes are lower than those of an F1, do you feel that an IndyCar responds more to weight transfer when braking suddenly?

Yes, that's one of the things I found interesting: the way IndyCar sounds. It's very difficult to structure your braking and brake. For me, it was a lot harder than a Formula 1 car because F1 has a lot more grip in this phase. In an IndyCar, you need to be much more precise in your technique by relieving the brakes and combining that with reactivation. It's one of the ultimate learning process for me – it's so essential in an IndyCar, as it bumps on the brakes.

Many drivers comment on the current natural tendency of the IndyCar to understeer from summit to summit. Is it something that he has in common with F1 or something else that you had to adapt to?

I think what I found is that in IndyCar, the balance is a bit more balanced than in Formula 1! You have to get used to it and fix it. Again, as a driver, you can improve the situation by braking and applying the throttle to improve the balance.

In Formula 1, it is easier to solve the balance problems and perfect them, while in IndyCar, it is more difficult to deal with these characteristics with mechanical modifications in the hollows. Instead, you must drive around him.

But that's good, it makes IndyCar harder to drive, harder for us drivers. It's different. OK, it may be less pleasant to drive, but if it's more difficult, it's good and it gives satisfaction.

You have never raced in the hybrid era of F1. Have you got used to the fact that you no longer have this instant acceleration boost, that you are not thrown back by thrust?

In fact, I would always say that the main difference lies in the angles, not in the power. In Formula 1, there is so much grip, you can attack the turn so strong and be aggressive in cornering, and it does not really work in IndyCar. You have to bring it back a bit and be more precise in the corner to go out.

It's still a fast car and it has a certain amount of support – it's not like it's a completely different car to drive. It's more the details.

I'm sure you've watched a lot of movies and other footage from St. Petersburg. Is there a track in F1 that you can compare with it?

Pfff … Well, some parts are tricky and technical, so in some ways I compare it to Monaco, but to others, it looks like Baku – part of the central part of this track. But honestly, the important thing is just to approach it with an open mind and try to learn everything I can without trying to make those comparisons.

You spent five days in an IndyCar – or four and a half days because of the rain in Laguna Seca. Do you feel under-prepared for your F1 debut?

No, no, the opposite. I think I only ran a half day race for the Caterham F1 Team before my first grand prize! j & # 39; was extremely under-prepared for F1. So, compared to that, I feel good with IndyCar, very honestly.

I mean, any chance you have to test is precious and we plan to run to Sebring on Monday [March 4] before St. Petersburg to perfect everything. But I have enough experience now to know what to do to prepare a new car and I feel ready to start.