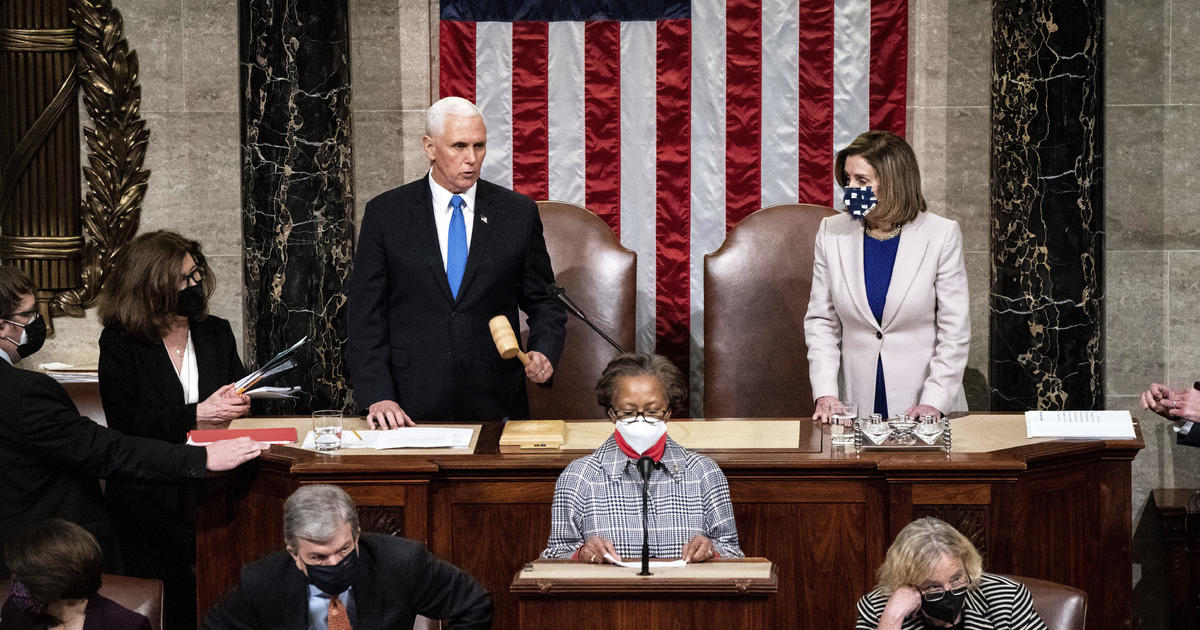 Washington –Vice President Mike Pence announced shortly after 3:40 a.m. on Thursday that President-elect Joe Biden had won the presidency, after Congress completed the electoral college vote count. This assertion came hours after rioters stormed the U.S. Capitol in an attempt to stop the process.

President Trump has now recognized his election defeat for the first time, saying in a statement released early Thursday by his social media director that while he disagrees with the election outcome, “there will be an orderly transition on January 20” .

The president on Wednesday encouraged his supporters to “march” to Capitol Hill as Congress counts the electoral college votes, the largely ceremonial last step in asserting Mr Biden’s victory. Although Mr. Trump insisted that Vice President Mike Pence had the power to overrule the election results, Pence challenged Mr. Trump on Wednesday and released a lengthy statement saying he could not change the result.

Four people died during the assault. Authorities said a woman was shot and killed by police and three people died from medical emergencies.

The violence caused members of Congress to flee the floor, and Congress withdrew for nearly six hours.

Mr. Biden denounced the violence on Wednesday and called on Mr. Trump to address the nation. Mr Trump then posted a one-minute video on Twitter, telling the rioters that they are “special” but “must go home now”.

Congress reconvened nearly six hours after leaving the room, picking up where it left off on hearing Senator Ted Cruz and Congressman Paul Gosar’s objection to the Arizona election results. The Senate rejected objection 93-6 and the House rejected it 303-121.

Despite appeals from more than a dozen senators who said they would support objections to election results in key states, no senator signed off on House members’ objections to the results in Michigan and Nevada .

But Senator Josh Hawley kept his promise to oppose Pennsylvania’s results. The Senate rejected it 92-7, leaving the House to debate it for two hours before it was rejected after 3 a.m.

None of the objections having been in the majority, they had no chance of success. Even if there was a majority on either of the objections, it would not have changed the outcome of the election. Mr. Biden will be sworn in on January 20.