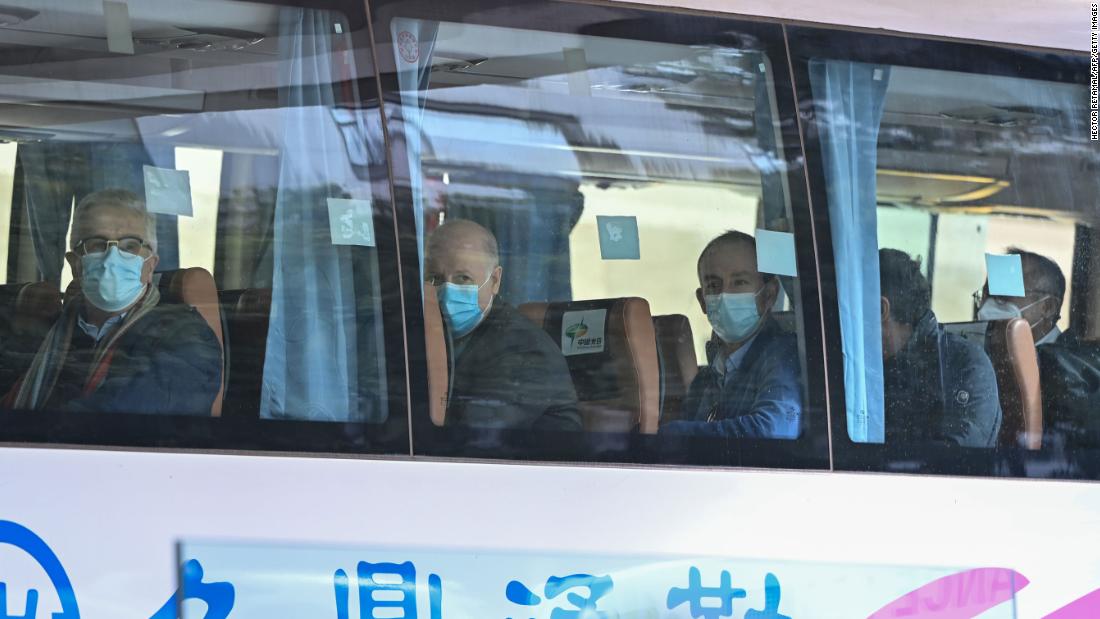 But the search for the origin of the virus is underway.

“As far as the WHO is concerned, all assumptions remain on the table,” WHO Director-General Tedros Adhanom Ghebreyesus said in a statement on Tuesday. “This report is a very important start, but it is not the end. We have yet to find the source of the virus, and we must continue to follow the science and leave nothing behind as we do.”

The report, released Tuesday, says a scenario where it has spread via an intermediate host animal, possibly a wild animal captured and then raised on a farm, is “very likely.”

But the investigation did not find what other animal was infected with a bat – believed to be the most likely original source of the virus – and may then have passed it on to a human. “The possible intermediate host of SARS-CoV-2 remains elusive,” the report read.

Then there is likely direct transmission from one of the animals known to carry a similar coronavirus, such as a bat or a pangolin.

Without providing any evidence, the former director of the United States Centers for Disease Control and Prevention, Dr Robert Redfield, told CNN’s Dr Sanjay Gupta that his personal opinion was that the virus had been released from a laboratory, not necessarily intentionally.

The report was written by a joint international team of 17 Chinese experts and 17 experts from other countries, WHO, the Global Outbreak Alert and Response Network (GOARN) and the World Organization for Animal Health (OIE). The Food and Agriculture Organization of the United Nations (FAO) participated as an observer.

Tedros said in prepared remarks that to understand early cases, “scientists would have full access to data, including biological samples at least from September 2019.

“In my discussions with the team, they expressed the difficulties they encountered in accessing the raw data. I expect future collaborative studies to include faster and more comprehensive data sharing, ”added Tedros.