Crematoriums can be infected by the toxic radiation of cancer patients

Employees at a crematorium in Arizona were exposed to strong radiation after the incineration of the body of a man who had undergone powerful treatment against pancreatic cancer just before his death, reveals a new case.

In a dark revelation, researchers discovered that burning the bodies of cancer patients could be a danger to crematorium workers.

Radioactive drugs are clearly and meticulously labeled with yellow hazard signs and instructions on how to use them during treatment and dispose of them properly.

But a body does not come with such instructions, information about the deceased patient does not always travel as it should, and there is no federal regulation to ensure that crematorium workers are not exposed to invisible poisons. 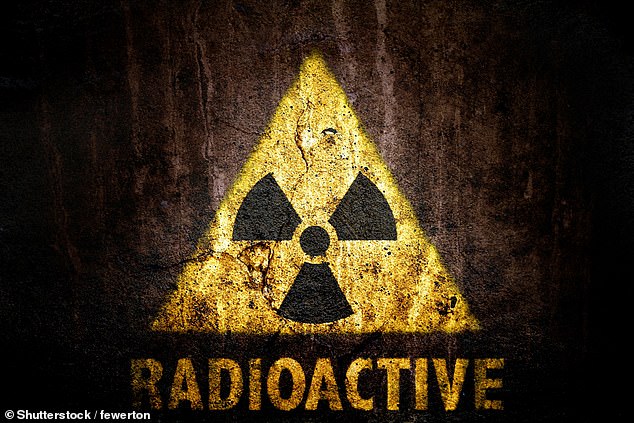 After the death and incineration of a man being treated with radiation for cancer, scientists have found traces of radiation in the crematorium and in the urine of the operator, a study reveals of cases

More than 50% of the dead bodies in the United States are now cremated.

Cremation is considered one of the cleanest ways of removing leftovers, resulting in sterile ashes.

But if something toxic is in a body, it can be heated and released into the crematorium.

This is the case of radioactive drugs.

About 30% of cancer survivors – or 3.05 million people – were treated with radiotherapy, not to mention those who died.

If nearly as many people die from the disease this year, 30% of them suffer radiation and half of them are incinerated, or 88,500 people.

These are 88,500 of which the remains could have been radioactive during their incineration.

And one of them was a 69 year old man from Arizona.

Before his death, the patient was suffering from a form of pancreatic cancer.

The Lutetium Lu 177 was approved last year by the Food and Drug Administration (FDA), an intensive form of radiation therapy, specifically to treat the cancer form that the patient suffered from the case study.

It bears a mention of how to wear gloves and radiation protection when handling and administering to intravenous patients.

But he does not mention anything about the safe handling of people treated with the drug, let alone their bodies.

The patient was treated with Lu 177 at the Mayo Clinic in Phoenix, Arizona.

One day after his last treatment, his blood pressure had dropped dangerously and he had been admitted to another hospital in Arizona.

But the man has not recovered. He died of cancer two days later.

Two days later, the body of the man was cremated.

However, the Arizona Mayo Clinic, where the man had received his last Lutetium 177 treatment, did not learn that their patient had died – let alone had been cremated – for up to three weeks and half later.

Once they understood what had happened, the Radiation Protection Bureau, Dr. Kevin Nelson and the study's author, Dr. Nathan Yu, began to discuss # 39; worry.

In patients' bodies, at normal temperatures, radiotherapy targets all types of specific cancer cells that the drug is intended to treat.

But isotopes – the radioactive forms of the elements – can change and become less dangerous when their environment changes.

& # 39; Some [isotopes] can volatilize at lower temperatures, so that a different radioactive material may be present during the cremation of a body, "says Dr. Yu.

In other words, they can emit higher levels of radiation.

The Mayo Clinic sent a team to sweep the crematorium, including the oven itself, the vacuum cleaner filter used in the room and the bone grinder, along with a Geiger counter.

The equipment has been tested between 5,000 and 25,000 Geiger accounts per minute.

That's between the 3,600 accounts that an average US citizen receives in a year and the 50,000 that represent the maximum annual radiation exposure to which the US government allows a worker to be exposed. at work in one year.

Even nearly four weeks later, the surface of the crematorium equipment was still highly radioactive.

But, the researchers say that this only represents traces of exposure for people.

This could explain why the crematorium operator 's urine was thankfully negative for lutetium 177.

However, there was 99mTc active technetium, another isotope used in radiological diagnostic tests.

At first, the research team assumed that the operator had himself been tested for a diagnosis.

But in the end he had not done it, and his exposure to this second radioactive isotope was probably from another organism he had handled at the crematorium also – not the same.

Dr. Yu explained that technetium has a very short half-life of only six hours. They therefore assumed that the crematorium employee had most likely incinerated another organism in which the compound had been used for the past two or three days.

Dr. Yu and Dr. Nelson explain that there are no recommendations or requirements for physicians to communicate to patients the safety of radiotherapy after their own death.

And there is certainly no one who communicates the information to the crematoriums.

But that's what Dr. Nelson wants to change.

"For starters, it was important for manufacturers to provide post-mortem considerations and instructions," he says.

He also states that it is necessary to put in place better procedures to convey information on the relevant antecedents of a deceased patient from one doctor to another and to a crematorium if a patient does not survive. not.

"The risk of radiation is additive, so we want to try to prevent the exposures from occurring frequently," said Dr. Nelson.