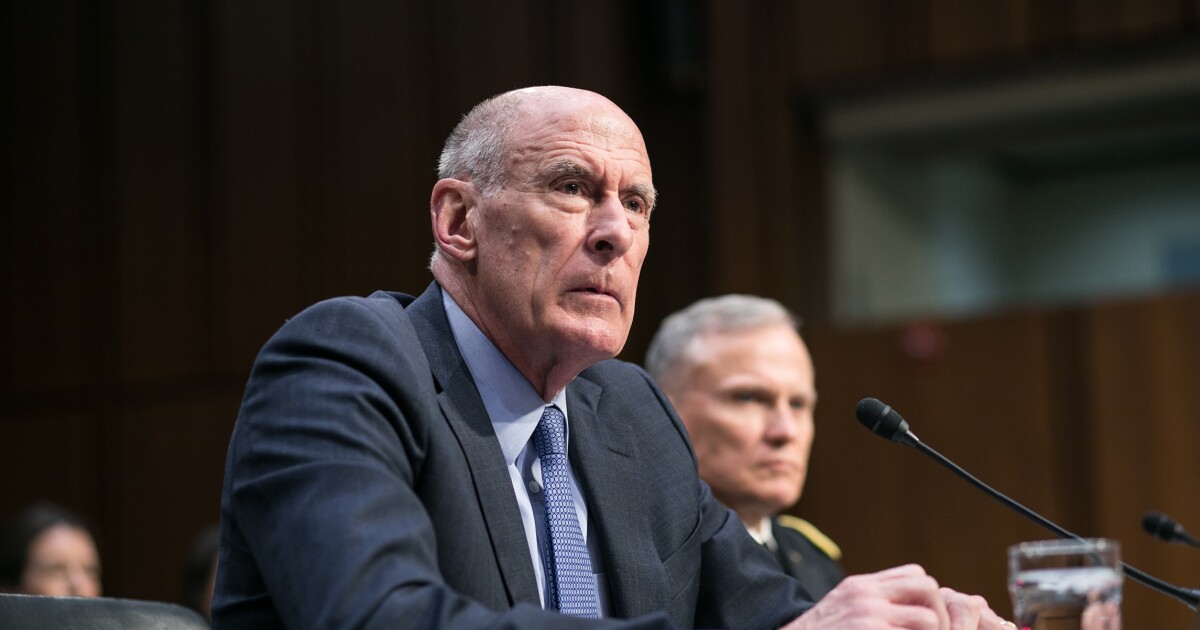 Coats broke with Trump's position on North Korea, declaring in Congress last month that he did not believe that the hermit kingdom would abandon its nuclear weapons program.

Chris Ruddy, Trump's confidante and founder of the conservative newsmax network, told White House sources earlier this week that Coats could be fired for his remarks several weeks before Trump was summoned for his second summit with North Korea chief Kim Jong Un.

"There is a feeling that maybe there needs to be a change of leadership in this position," Ruddy said. told CNN. "I do not know what his plan is, he does not tell me who he will fire or not. I've spoken to various people, not to him, who are very close to the White House with the security positions taken by the president. "

The president has expressed his anger over Coats over the weekend, according to the Washington Post. Trump told an advisor that Coats was "not loyal" and that he "was not part of the team". He also asked his close allies to propose alternative solutions.

"This relationship has been tense for a long time," a former senior intelligence official told the newspaper. "Most people do not think it will happen tomorrow. But yes, they think it's only a matter of time. "

[[[[Related: Trump distinguished Dan Coats in his speech on the intelligence community]