BERLIN: Daimler confirmed on Sunday that he was facing a regulatory investigation after the publication of a report that the German authorities had discovered a type of pollution protection software still unknown until then. would have been installed by the auto giant in some of its vehicles. 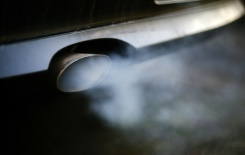 The software would have reduced nitrogen oxide emissions under test conditions

The Stuttgart-based car manufacturer has confirmed the hearing procedure.

"We are cooperating fully with the Federal Motor Transport Authority and looking at the facts," Daimler said in a statement.

"During the hearing, we will present our point of view to KBA."

According to the Bild report, around 60,000 vehicles of the Mercedes-Benz GLK 220 CDI models produced between 2012 and 2015 were affected.

The software would have reduced nitrogen oxide emissions under test conditions. However, on the road, the affected vehicles spewed quantities of harmful gases that exceeded the regulatory limits.

Last year, the KBA had already ordered Daimler to recall 700,000 vehicles worldwide, including 280,000 in Germany, at the expense of illegal software – a decision the automaker is appealing.

Daimler is also likely to be fined a lot as a result of the diesel scam. In February, German prosecutors said they opened a "criminal case" against him.

Diesel engine investigations have been under way in Germany since 2015, when the auto giant Volkswagen admitted to incorporating defeat devices into 11 million cars worldwide.

The best reason to take social security long before 70