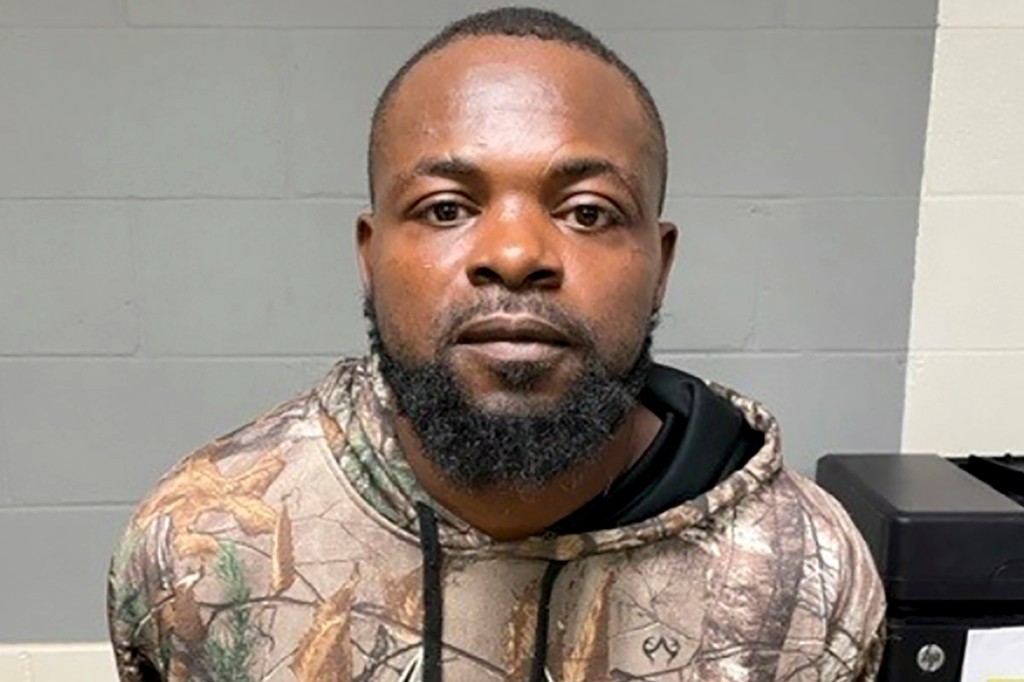 A suspect in the shooting death of a Georgian police officer was arrested on Sunday as investigators uncover a potential motive for the murder.

Damien Ferguson, 43, was captured at his Alamo home and later charged with the murder of Dylan Harrison, 26, early Saturday morning as the officer made his first shift for the Alamo Police Department .

Harrison was shot and killed outside the station house in what investigators described as an “ambush-style attack”.

The Georgia Bureau of Investigation revealed on Sunday that Harrison was likely murdered in retaliation for the arrest of a “known associate” of Ferguson in front of the compound on Friday night.

Earlier in his shift, Harrison arrested a man for a traffic violation who then got into a fight with the officer after refusing to provide his name and identity, GBI said.

The man pushed the officer away and resisted arrest, prompting Harrison to unload his Taser, investigators said.

GBI said the man was ultimately arrested and jailed.

Investigators did not further elaborate on Ferguson’s connection to the man arrested outside the compound.

He had worked in law enforcement since 2018 and was also employed full-time by the GBI’s anti-drug task force in Eastmond, authorities said.

The officer leaves behind a wife and a 6 month old baby.