Dana Milbank: At the border, Trump alone could not fix it. In fact, he broke it. 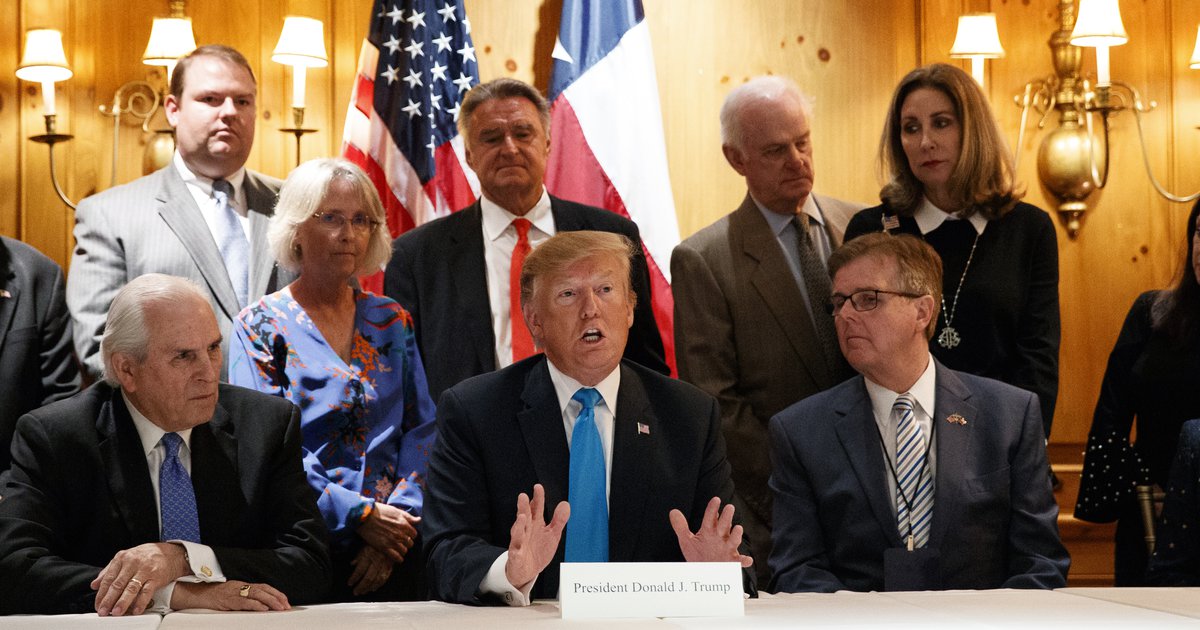 Washington • I'll admit it: President Trump is right. There is a crisis on the southern border.

The existence of the crisis is as obvious as its cause: Trump. He did not create this mess alone, but he certainly made it worse.

He pursued not a policy but an instinct, following the emotion rather than the empiricism. Now, an immigration policy of harshness and fear has turned against us in a tangible way.

The Customs and Border Protection Office announced Tuesday that 103,492 migrants were apprehended or turned back along the southern border in March (about 90% of them trying to cross illegally), the largest number in 12 years and over quadruple the 23,557 of Trump's first full month as president, and double the level seen early last fall. The Obama administration, open to the borders, is desperate to be released, enjoying amnesty and no execution, never did it badly.

At least 60 per cent of the apprehended are unaccompanied families or children, mainly from Central America, which represents an increase of more than 370 per cent in the number of families attempting to enter the country. last six months. Customs and border protection can not cope with this growing humanitarian disaster.

The underlying source of migration – violence in Central America – was not that of Trump. But he aggravated the problem. The bellicose rhetoric about building walls and a crackdown on zero tolerance prompted migrants to rush to the United States. The hysteria of the 2018 campaign about caravans and the country's limited ability to stop them, intended to frighten Americans, served as a pretext for seeking asylum from future migrants. The Border Patrol found only 13 groups of 100 or more people during the 2018 fiscal year; In the last six months, since Trump drew attention to caravans, border officials have encountered 104.

The attempted crackdown on asylum, including the detention of plaintiffs in Mexico, has encouraged more migrants to attempt illegal crossings. The profusion of repressive measures – including the policy of separating the half-cooked family from the administration – has compelled and distracted staff. The government's closure and unstable management (continuing this week with the purge of senior officials from the Department of Homeland Security) have slowed down the government's response to the surge in migration. The president's recent decision to end anti-violence and anti-poverty assistance to three Central American countries will worsen the root cause of migration.

The amount of current mess that would have occurred without Trump is unknowable. But, according to his own criteria, he deserves all the blame because he took credit for the decline of the border crossings in 2017. "We have already reduced illegal immigration to the southern border by 61%," he said. he declared early 2017., one of the many braggings. "You know, the border is down 78%." Under the previous administrations, the border has not lowered – it has been up, "he boasted this summer.

I fear that the immigration experience will become the model of Trump's other political adventures. In the area of ​​economic policy and national security, he has also set aside long-standing policies and precedents adopted by both parties, giving up the expertise, convinced that he alone can fix things, that his intuition sometimes tells me more than anyone's brain. The consequences may not be felt until Trump has left his post.

For immigration, however, the effects are fast and obvious. The only solution of the president – Build the wall! – is not terribly effective against asylum seekers. Asylum seekers usually go through legal entry points – or at least they did it until the fear of being detained in appalling conditions in Mexico encourages many people to try to pass illegally. This week, a federal judge blocked the detention policy of asylum seekers in Mexico by Trump, and Trump's press officer responded by describing the judge as a "liberal activist".

Trump seeks a solution: an emergency declaration that takes army funds for a border wall; a threat to close the border entirely; and an attempt to blame President Barack Obama.

The president could do something useful, such as curbing the flow of weapons to the south, which has worsened violence in Central America. Instead, he continues to blame migrants for drugs and violence, even though most are families with children. It could also work with Congress to amend asylum laws and facilitate the return of illegal immigrants – including children – to Honduras, Guatemala and El Salvador. And he could work with these countries and Mexico to discourage migration and reduce its causes.

But that would involve seeking help from the same people that he denigrated because he went there alone at the border, thus compounding the problem. It would be a recognition that he alone could not repair it. In fact, he broke it.