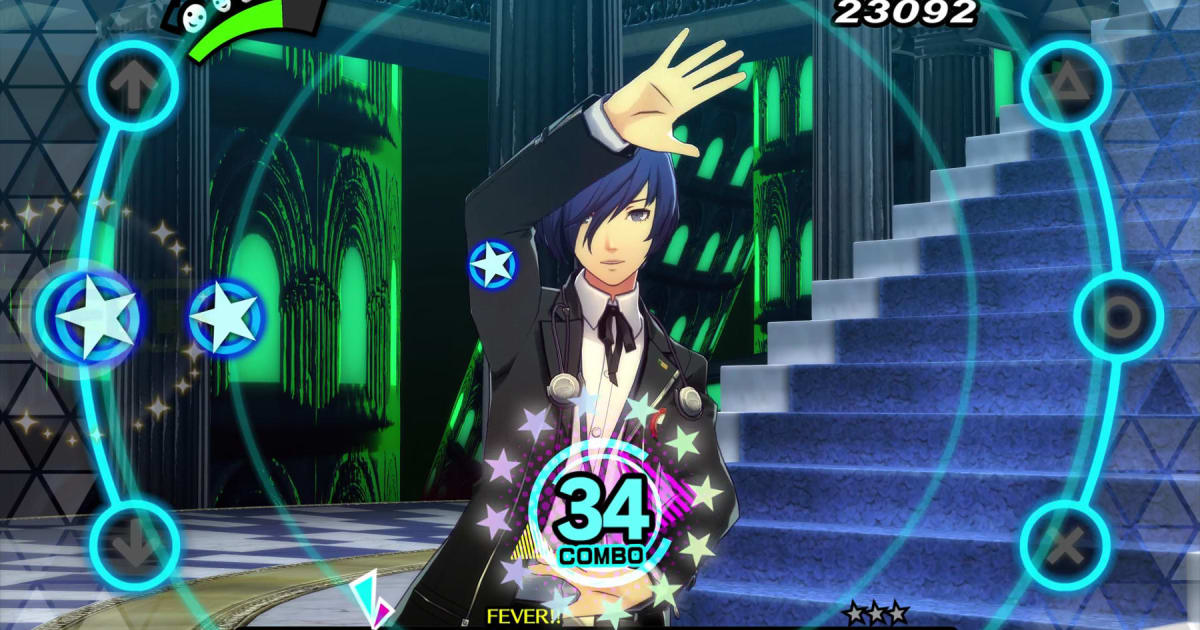 The story, unsurprisingly, is absolutely ridiculous. The characters are summoned to Club Velvet, a dream world dreamed up by a mysterious woman named Elizabeth. (In the original game, she helps the main protagonist to merge powerful beings, called Persona, into the Velvet Room.) She explains that they sleep and that, thanks to the strength of their heart, their memories and their their imagination, they can move like professional dancers. The actors are confused but eventually agree to let off steam before returning to the real world and continue their fight against the vicious Shadows.

This configuration did not bother me. It's a dance game, after all.

Dance in the moonlight takes place during a vaguely defined night towards the end of the original game. The characters sometimes mention the wild year that they had together, but otherwise, it is impossible to know when the game is actually defined. It's by design, of course – Dance in the moonlight is a parallel story that can not, and without falling seriously, have any impact on Persona 3. It's a pity, but the plot must be pretty trivial.

The game has no way of knowing if you have played Persona 3 or on which relationships you focused.

The narrative no man's land however has a huge impact on the characters. The game has no way of knowing if you have played Persona 3 or on which relationships you focused. (The main series has a unique calendar system that requires you to choose who and how you spend your free time.) This means that everyone must be writing in the widest possible way, focusing on his or her features has been delivered through their 10-part story, or "social connections," in the original game.

Dance in the moonlight offers "social events" that unlock when you complete tracks and meet specific conditions for your character. However, the vast majority of these scenes are forgotten and reveal few things that were not already covered in Persona 3. The characters are also informed that their memories of Club Velvet will disappear once awake. Most heroes then wonder about to do something, beyond just dancing and having fun, if their hard work will be canceled later.

Looking at these fun but shallow scenes, I felt hollow. I had a lot of experience with these characters and established deep and credible relationships with them in the original game. Listening to them, I could not help thinking: do not we know ourselves better than that? Was not our friendship, and in some cases romance, more than small discussions?