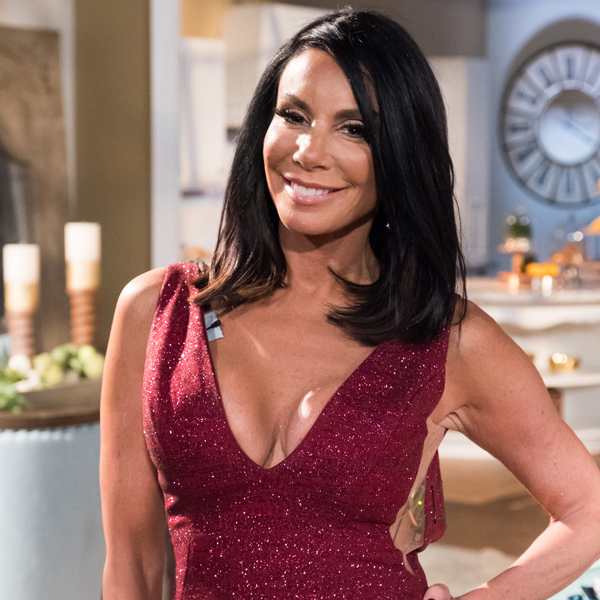 Danielle Staub keep people on their guard by getting engaged for the 21st time.

the Real housewives from New Jersey star is pleased to announce that she is engaged to her boyfriend the Duke of Provence, Oliver Maier. His representative Steve Honig tell E! News: "Danielle is planning to get married on Monday."

Oliver and Danielle have an interesting love story to say the least. The new pair tells People that they met less than six months ago while Maier was dating one of Staub's friends. Initially, the star declared that she "could not stand it", but that she finally got to know "the other side" of the Franco-German.

It is only earlier this month that their friendship became romantic when they shared an intimate kiss at the Baccarat Hotel. Since then, it's a flash romance that has passed so quickly that they have not even had time to buy the ring. Honig shares the fact that they plan to buy the precious jewel tomorrow at Van Cleef & Arpel.

Right now, they are on vacation in St. Barts, where the couple says that they really fell "madly in love".

Once they have finished celebrating their engagement, Danielle and Oliver will return to New York City where they hope to have a permanent residence. People. In their free time, the 56 year old hope to spend holidays in France. "We will go to castles and all that, and live in Paris for a number of months of the year," she says.

Their Monday wedding, which will be his fourth, will take place a little over a week after Staub finalized his divorce from Marty Caffrey. Caffrey and her were married only four months after deciding to file for divorce, following heated debates that resulted in temporary no-go orders.

It's all in the past now for the bride-to-be! After the wedding, the star will say goodbye to Danielle Staub and greet her new title: Duchess of Provence.