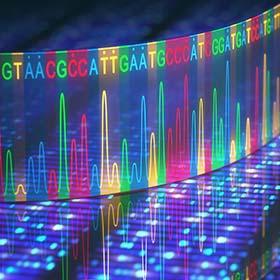 Analysis of the genetic data of more than 94,000 people revealed the discovery of five new risk genes for Alzheimer's disease and confirmed another 20. An international team of researchers has also reported for the first time that mutations in genes specific for tau protein, a protein that is characteristic of Alzheimer's disease, may play an earlier role in the development of the disease than thought it at first. These new findings support the growing evidence that gene clusters associated with specific biological processes, such as cell trafficking, lipid transport, inflammation, and immune response, are "genetic centers" which constitute an important part of the disease process. The study, funded in part by the National Institute on Aging (NIA) and other components of the National Institutes of Health, tracks 2013 results. It will be published online on February 28, 2019 in the newspaper. Nature Genetics.

"This ongoing collaborative research on the genetic underpinnings of Alzheimer's disease allows us to deepen the complexities of this devastating disease," said Richard J. Hodes, M.D., director of the NIA. "The size of this study provides additional clarity on which genes to prioritize as we continue to better understand and target ways to treat and prevent Alzheimer's disease."

Researchers, members of the International Genome Project for Alzheimer's Disease (IGAP), analyzed rare and common gene variants in 94,437 people with late-onset Alzheimer's disease, the most common form of dementia in the elderly. The IGAP is made up of four consortiums in the United States and Europe that have been working together since 2011 on genome-wide association studies (GWAS) involving thousands of DNA and DNA samples. Shared datasets. The GWAS aim to detect genome variations associated with Alzheimer's disease. Understanding genetic variants helps researchers define the molecular mechanisms that influence the onset and progression of the disease.

The research was conducted by an international team of experts, including Brian Kunkle, Ph.D. and Margaret Pericak-Vance, Ph.D., of the John P. Hussman Institute of Human Genomics of the Miller School of Medicine. University of Miami, and Benjamin Grenier-Boley, Ph.D. and Jean-Charles Lambert, Ph.D., INSERM, Lille, France.

Once the functions of the five genes newly associated with Alzheimer's disease – IQCK, ACE, ADAM10, ADAMTS1 and WWOX – will be understood and examined in conjunction with the functions of the 20 known genes, researchers will be in a better position to identify the central points of genetics. of Alzheimer's disease regroup. With these discoveries, researchers can deepen their research in these genetic centers to reveal the mechanisms of the disease and potential drug targets.

The size of the sample, the largest to date for this type of study on Alzheimer's disease, is a key element of these findings. A large sample is particularly important for finding rare genes that may be involved in a disease.

"Having more and more samples in GWAS datasets is like adding more and more pixels to a photo. This helps researchers to see details that they would not otherwise have and decide where to focus on their future studies, "says Marilyn Miller, Ph.D., director of the Genetics of Parkinson's disease program. Alzheimer's of the Division of Neuroscience of the NIA. "If the genes appear only in one in ten thousand people, you have to find several samples containing these genes for the results to be statistically significant."

This press release describes basic research. Basic research increases our understanding of human behavior and biology, which is fundamental to advancing new and improved methods of disease prevention, diagnosis and treatment. Science is an unpredictable and progressive process – every breakthrough in research builds on past discoveries, often unexpectedly. Most clinical progress would not be possible without the knowledge of basic fundamental research.

About the National Institute of Aging (INA): The NIA is leading the federal government's efforts to lead and support research on aging, the health and well-being of seniors. The NIA provides information on age-related cognitive changes and neurodegenerative diseases, particularly at its Alzheimer's Disease Education and Reference Center (ADEAR). To learn more about health and aging in general, visit the NIA website. To sign up for e-mail alerts about new discoveries or publications, please visit the website.

About the National Institutes of Health (NIH): The NIH, the country's medical research agency, has 27 institutes and centers and is part of the US Department of Health and Human Services. NIH is the lead federal agency that conducts and supports basic, clinical and translational medical research. She studies causes, treatments and cures for common and rare diseases. For more information on NIH and its programs, visit the NIH website.