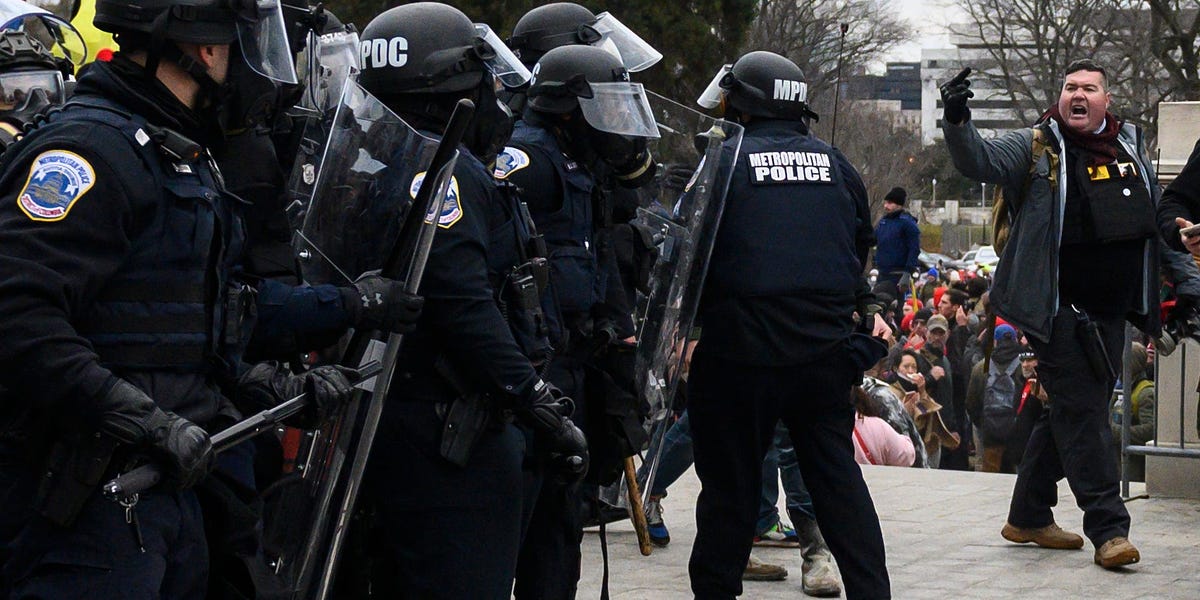 “One adult woman and two adult men appear to have suffered from separate medical emergencies” on or around the Capitol grounds, Contee said, “which resulted in their deaths.”

“Any loss of life in the district [of Columbia] is tragic, and our hearts go out to anyone affected by their loss, ”he said.

The dead came in addition to a woman who was fatally shot by a U.S. Capitol Police officer as armed and violent rioters stormed the Capitol building, breaching police lines and assaulting officers .

Contee said at least 14 MPD officers were injured as a result, adding that two had been hospitalized: one who suffered “serious injuries after being dragged into a crowd and assaulted” and another who “suffered serious injuries to the face after being hit by a projectile. “

But law enforcement has already been criticized for its handling of rioters, who managed to take over the Capitol and force lawmakers to evacuate with relative ease.

DC Mayor Muriel Bowser said she was unaware of the incident in which police allegedly opened doors for protesters.

The events drew fierce criticism from civil rights activists, who pointed to disparities between the low arrest rates and the less aggressive tactics used Wednesday against violent protesters compared to the high arrest rates and the violence against other peaceful protests in Washington.

The MPD made just 52 arrests on Wednesday, including 26 on the Capitol grounds, according to Contee, although Bowser declared a 6 p.m. ET curfew.

The security concerns also baffled online disinformation experts, who noted that Trump supporters had for months expressed their intention to illegally arm and commit violence during Trump’s Jan.6 rally, according to a BuzzFeed News report.