Declaring the Ebola outbreak in the DRC as an emergency, says Britain's Rory Stewart | News from the world 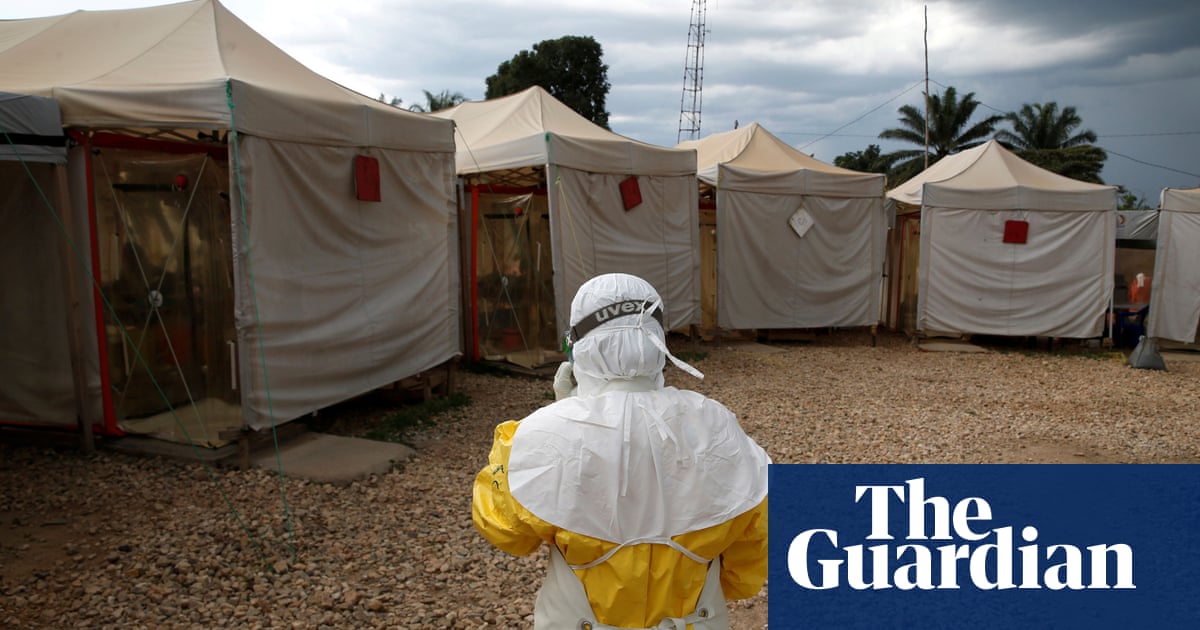 The one-year Ebola epidemic in the Democratic Republic of the Congo is about to get out of control and the World Health Organization should declare it an international emergency, said Rory Stewart, UK Development Secretary international,.

Stewart is making a two – day visit to the DRC in emergency health centers and victims of the disease to assess the problems impeding efforts to control the epidemic on an ongoing basis. So far in the epidemic, 2,400 people have contracted the disease and 1,606 have died, according to the WHO.

Militias have attacked health workers and some community leaders have lamented the massive arrival of UN agencies to fight Ebola in a vast, remote area where, for decades, more in addition to curable diseases, such as cholera or measles, have not been treated.

In an interview with Guardian, Stewart said, "We are on the brink of crisis. We continue to remove it from danger, but it is very dangerous. In the worst case, this would happen if the number of vaccines you could vaccinate was higher. Due to insecurity, areas that appeared to have been cleared of the disease, such as Beni, have seen the population hit again. "

"It's really a public health emergency. When you talk to a person with the disease, health workers move away because even with protective equipment, people contract the Ebola virus and their stories are heartbreaking. "

He singled out some other European countries with links to the DRC for giving "surprisingly little", suggesting that France, for example, would have provided less than a million dollars (£ 800,000). The United Kingdom and the United States have provided more than half of the funding for the emergency situation.

"We are sorely lacking money," Stewart said. "There will be a funding gap of $ 100 million, and probably $ 300 million until December, because we have to stay informed. This is a very expensive answer because local systems are just not there. We can not move from one place to another and say that it is solved. He continues to come out of the periphery and to jump 300 km to the north. Money is central. "

He said the money was needed to undertake the "ring vaccination", a way to immunize two levels of contacts from a person who contracted the disease. During an epidemic in West Africa in 2014-2016, an affected person could spread the disease to four other people. The vaccination strategy in Congo can reduce this ratio to 1: 1.3. "The only reason we do not have tens of thousands of deaths yet is because of this UK-funded vaccine," Stewart said.

At the center of the crisis in Butembo, Stewart met Kambale Moise, an endangered and stoic Ebola patient. His brother had contracted the disease and passed it on to his visiting father, who had passed it on to the family of Moses. The wife of Moses and her three children are dead. "These are unspeakable horrors," Stewart said.

"The crucial question is how villages and cities respond to the crisis," said Stewart. "Thirty percent of people at once fear even being vaccinated.

"This morning, we were in a health clinic where they had to put a bag of sand on so that health workers could hide when armed groups came in and started firing.

"This is an area where most of the work has to be done to convince health workers to even wear protective clothing, convince villagers to get vaccinated and convince armed groups not to kill doctors. We have trouble keeping up with this pace.

He said he was "very concerned" that the disease could spread to Goma, a densely populated city, 200 km to the south. "If this happens in this kind of place, we have a problem. Goma is really connected to the world. The Great Barrier goes to Rwanda. It is absolutely essential that we hold out here in Butembo and Beni. "

Despite the bravery he witnessed, Stewart did not hesitate to evacuate the problems of emergency response, including a public health system that was allegedly destroyed by "decades of predatory government."

He said: "It is very difficult to work with the infrastructure of the Ministry of Health of Congo. There are about 300 small health clinics right here. Forty percent of the infections in November and December were health care workers who worked in these clinics and then transmitted them. He said that WHO staff had admitted that it was very difficult to know what was going on in these clinics and was constantly looking for messengers to build trust among the residents. people.

People feel traumatized by the violence that keeps them poor and wonder why health workers come so many people have died of illness.

Dr. Ibrahima Socé Fall, a senior WHO official in 32 areas of health, said, "We have all kinds of armed groups here and only criminals. There are people who want foreigners to leave and they think that they are at the helm, it will be an opportunity to make money. "

Fall stayed in Butembo instead of returning to Geneva to persuade health workers not to stop after the attacks. "We were receiving death threats daily on WhatsApp. It was very tense. On one occasion, a rocket went through a house.

David Gressly, coordinator of the United Nations response, said his goal was to introduce real-time information so he could get ahead of the disease and reduce the transmissions. One of Gressly's tasks was to decide whether a second richer vaccine, prepared by Johnson & Johnson, should be introduced to supplement the existing Merck vaccine.

Stewart said, "In medical terms, it's obvious, but there is a very important community problem. This place is flooded with rumors. People are very wary of the first vaccine. They already think that health workers receive a different type of vaccine than others. They wonder why the dosage has been reduced or halved.

"The fact is that a very large number of people are very eager to undermine the answer because they can get an incredible amount. The Mai Mai [the rebel groups] can be linked to logistics companies or hotels that earn income from it.

"It's so raw and there are no overall answers. There is no point in going out and saying that we need to focus on governance, transform security, or take an integrated multi-stakeholder approach. In the end, yes, you must do all these things, but you can not do any of them.

"This is a very imperfect and dangerous world where the medical staff is literally in a conference room trying to organize a boring meeting. [one of them] twice in the head. "