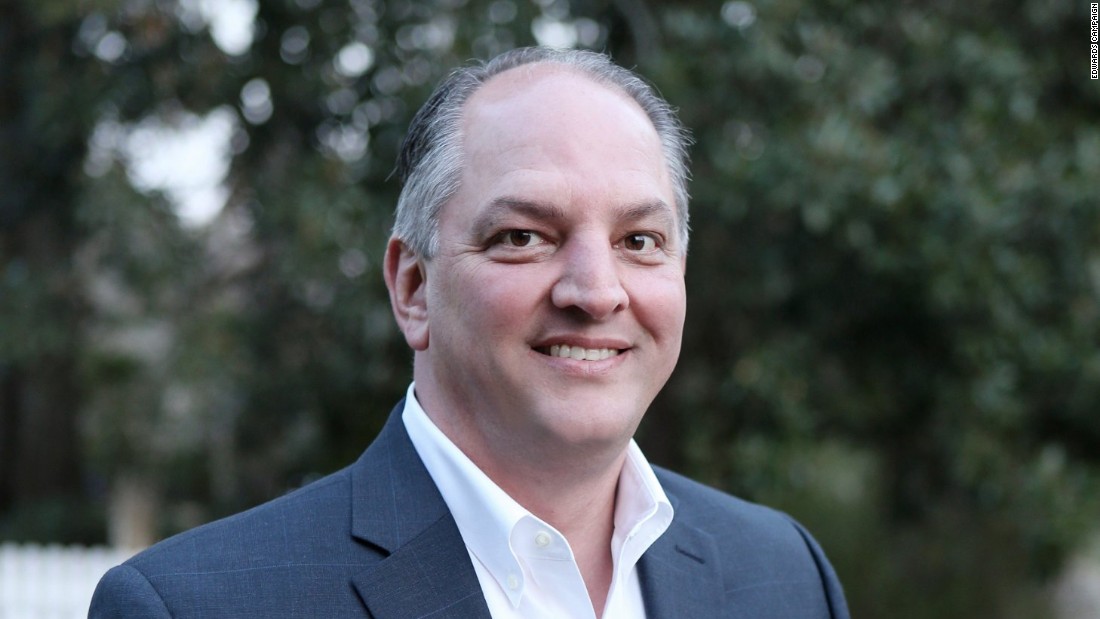 "My position has not changed.In eight years in the legislature, I've been a pro-life legislator," Edwards told reporters at a Louisiana press conference . "When I ran for the governorship, I said that I was pro-life, and so it's something that is consistent."
Senate Bill 184, sponsored by Democratic Senator John Milkovich, prohibits abortion as soon as a heartbeat is detected – in the same way as the so-called fetal heartbeat bills. Mississippi, Ohio, Georgia, Kentucky, and more recently, Missouri. It may take just six weeks after the beginning of the pregnancy, when many women still do not know for sure that they are pregnant. A spokeswoman for Edwards' office told CNN on Saturday that the governor was "inclined" to sign the bill if it came to his office – a position generally opposed to the Democratic Party.

"He said he was inclined to sign it," said Christina Stephens, assistant cabinet director for communications and special projects. "He certainly wants to see the final bill first, which is very much in line with his previous votes and actions in favor of life."

The bill would also penalize doctors who carry out the procedure, imposing a fine of $ 1,000 or a maximum of two years. It allows exceptions to prevent "a serious risk of serious and irreversible damage to a major bodily function" or the death of the mother. The bill does not include exemptions for cases of rape and incest.

Edwards, who is due to be re-elected in October, told reporters earlier this week that his "personal opinion" is that "the people of Louisiana are extremely supportive of life." The bill was passed Wednesday by committees of the Louisiana House and Senate with bipartisan support.

Cory Stewart, director of the Louisiana House of Representatives Communications Bureau, told CNN that the bill would be sent back to the House next week for a final vote. If passed, the bill goes to Edwards' office for signature.

State legislators, however, indicated in the bill that the law would only come into force if a federal court of appeal upheld Mississippi's "heartbeat law", signed in March.

Edwards Thursday predicted that the bill would face legal challenges and that the state would defend it.

The governor also told reporters Thursday that he was supporting the expansion of Medicaid as well as the ban on abortion, saying the decision was also "vital".

Edwards signed in May 2018 a bill, also sponsored by Milkovich, banning the same procedure, but after 15 weeks of pregnancy. Like SB 184, the 15-week ban was written to come into effect only if a federal court upholds a similar Mississippi law. The bill has however been suspended since a federal judge prevented the coming into force of the Mississippi law last year.
Several Republican-led states have passed abortion-limiting bills, including Alabama, which passed the country's most restrictive abortion law earlier this week.

Many lawmakers support abortion bills in the Supreme Court, where they hope Conservative judges will overturn historic Roe v. Wade, a decision that legalized abortion in the United States in 1973.