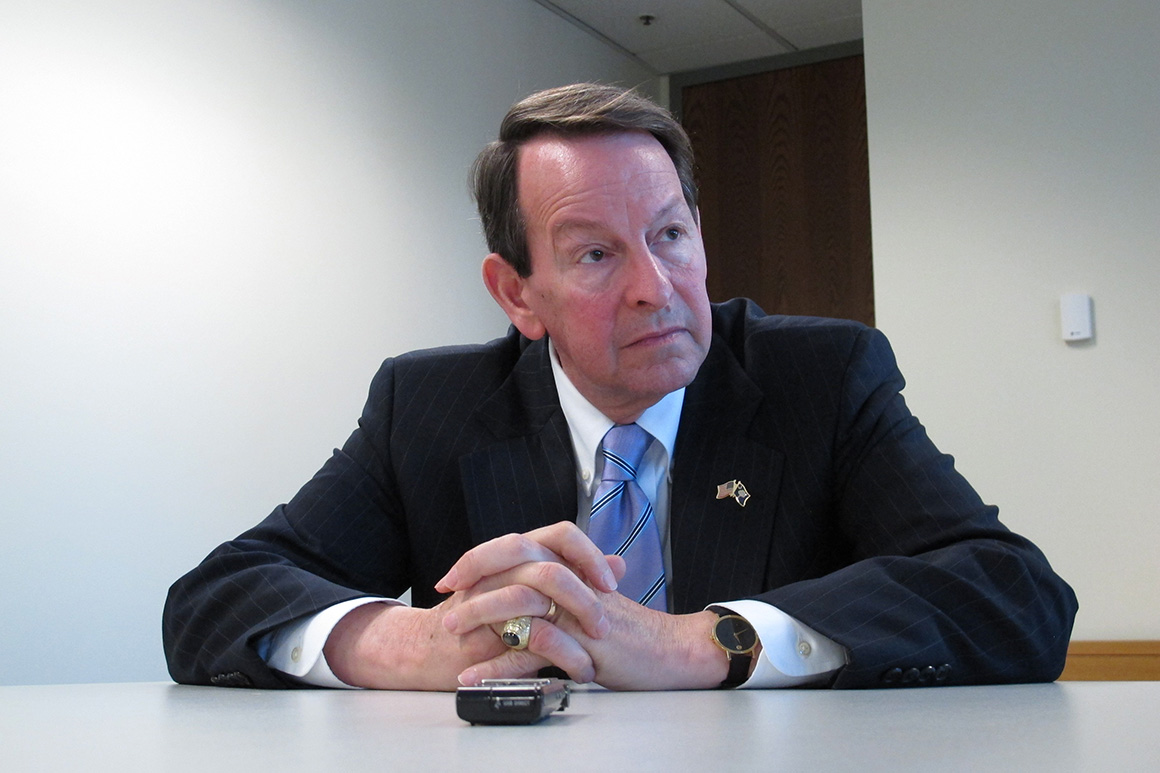 Congressional Democrats said on Tuesday that they had uncovered evidence that the Trump government had attempted to influence the investigation of an internal watchdog on the secretary 's office. Education, Betsy DeVos.

Five prominent House and Senate Democrats said the Trump government had tried to remove the acting inspector general from the Education Department last month, after rejecting the request to "reconsider" its investigation into the decision. DeVos to reinstate a controversial certification body of for-profit colleges.

Democrats, who sit on departmental oversight committees, said that a letter sent in January by one of DeVos' top MPs to Sandra Bruce, the acting inspector general, said: of the investigation constituted a "clear attempt to violate the statutory independence" of the agency. Inspector General.

POLITICO announced that President Donald Trump, at the end of January, had suddenly appointed Phil Rosenfelt, Deputy General Counsel of the department, to replace Bruce as acting IG of the department. The White House reversed its decision a few days later, in the shock of the Democrats.

Democratic lawmakers praised the overthrow of Trump but also promised to investigate why the decision was made. On Tuesday, Democrats said they were "more and more concerned" by the fact that Bruce's withdrawal was an attempt to interfere in the IG's independence.

A daily dose of educational policy news – the mornings of the week, in your inbox.

In the letter quoted by the Democrats, Mick Zais, Assistant Secretary of Education, asked the IG office to "reconsider any project likely to subject him to a criticism" of the decision of the government. Trump administration reinstate the Accreditation Council of independent colleges and schools, known as ACICS. .

Zais noted in his letter to Bruce that it was congressional Democrats who called on the Inspector General to open an investigation into the ACICS decision. He wrote that it was "disturbing that your office seems to be responding to a congressional request that is really a disagreement over the policy and the merits of the department's decision".

"If you choose not to review the actions of the previous administration, I hope to receive a clear and written explanation, with good reasons, for this not to happen," wrote Zais in a letter that the ministry provided. a copy to POLITICO. Zais delivered the letter to Bruce in person on Jan. 4, according to Bruce's January 7 reply.

Bruce responded to Zais' letter by saying that she planned to continue reviewing the ACICS decision, according to a copy of her letter provided by the Education Committee of ACES. bedroom.

"At the present time, we do not think it's appropriate to further discuss with the department about the planned review of this case," wrote Bruce. "Independence (in appearance and in fact) is essential to the proper functioning of a BIG." Bruce also cited the federal law forbidding agency leaders to prevent or prohibit an inspector general from opening or to conduct an investigation.

"Deputy Secretary Zais' attempt to pressure the Acting Inspector General, Bruce, to drop the investigation into Secretary DeVos's actions, appears to be in conflict with Congress's clear intention that the inspectors general should remain independent of the heads of agencies ", wrote in his letter of Tuesday.

Education Department spokeswoman Liz Hill challenged the Democrats' claim that the department had tried to pressure the Inspector General to drop an investigation.

"These claims are simply wrong and do not match the sequence of events," Hill said in an email. "The Ministry of Education, under the leadership of Secretary General DeVos, will never seek to undermine the independence of the Inspector General. Whoever insinuates otherwise does so without any basis of fact and only for political ends.

Hill said that Rosenfelt's appointment by the Trump administration as "Acting Inspector General" had been made on the merits and aimed to provide stable leadership. " She pointed out that Rosenfelt is a "highly respected career official with 48 years of career".

In addition, Hill stated that the discussions on the replacement of the Acting Inspector General predated the letter sent by Zais to Bruce in January.

"These discussions began when the previous IG announced its retirement in October 2018, well before [the] The Ministry has requested that any investigation by ACICS include an analysis of the reasons that led a court to quash the previous administration's decision in the ACICS case, "she said.

Legislators asked DeVos for more documents regarding the decision to install a new Acting Inspector General, as well as communications between members appointed to political office and the Office of the Inspector General under Trump administration.

They asked the Education Department to provide the registers and other information by 5 March.