Democrats in the House Prepare to Control DeVos Department of Education 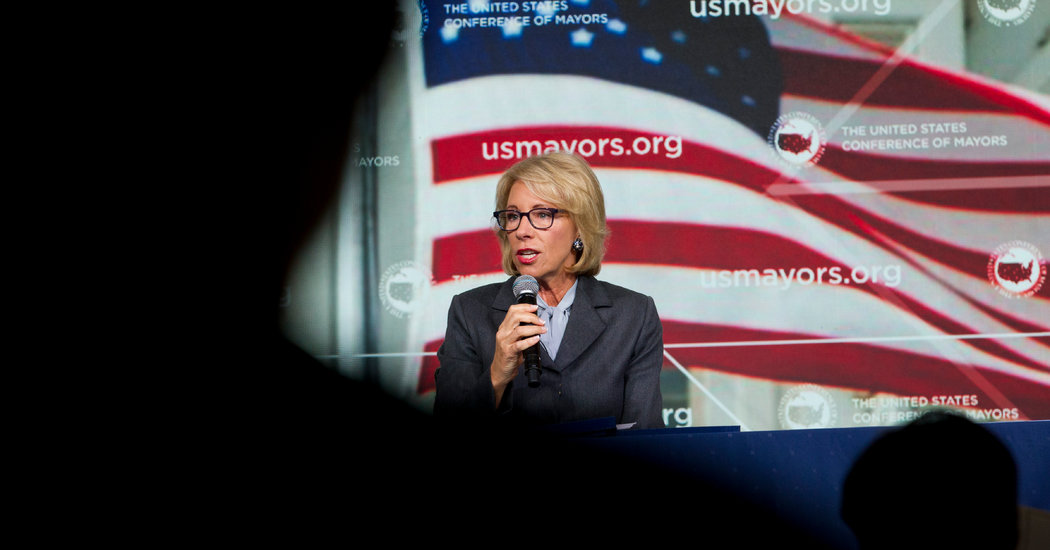 Representative Rosa DeLauro, Connecticut Democrat, who will lead the Credit Subcommittee that funds education, said that DeVos was one of the few secretaries of cabinet she did not have. have not met yet.

"They are very inclined to do what they want and think we do not count for nothing," she said.

Ms. DeLauro, who has publicly clashed with Ms. DeVos, said she was considering "holding the secretary accountable for the disappearance of the education department" through cuts in staff and programs. She stated that she would fight against recurring proposals to create a $ 1 billion program to fund tuition coupons in private and parish schools, to remove programs from school. after-school for low-income students and reduce funding for teacher training. Instead, Ms. DeLauro said that she wanted to promote new investments such as community schools and early childhood education.

"I think that overall, the Ministry of Education's mission is to privatize public education and I want to block them," she said. "On the other hand, I see this as an opportunity to see how we can offer new opportunities to new people."

Veterans Affairs Committee Chair Mark Takano of California said he will be looking closely at how the DeVos proposals to deregulate for-profit colleges could allow for abuse by GI Bill, which provides veterans with financial assistance for graduate studies. He recently told a group of university accreditors: "I promise to continue doing my part to quell the predatory institutions."

When Democrats took the House, Michael J. Petrilli, President of the Conservative Thomas B. Fordham Institute, urged DeVos to step down rather than submit to "trial-witnesses."

Now that Ms. DeVos has shown no sign of resignation, Mr. Petrilli expects the Democrats to find out that they have limited power and that the department continues to function, in the shelter of the bad press.

"It's a department that does not have much to lose," he said.